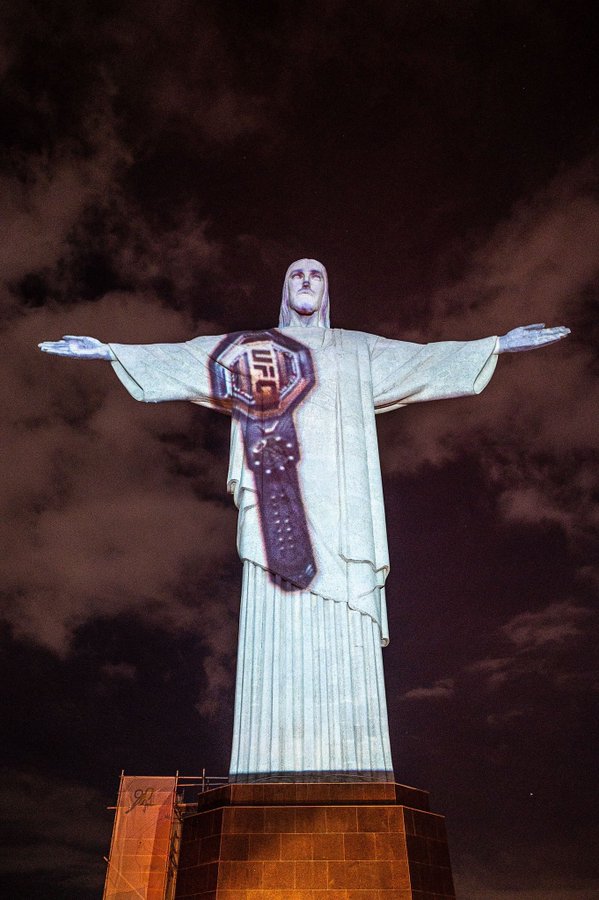 UFC 283 will be the first big PPV of the year for the UFC and it’s shaping up to be something special in Rio Di Janeiro, Brazil

The night will close out with not one, but TWO Brazilians fighting for belts in their home country. Glover Teixeira will be trying to get his belt back against the young American Jamahal Hill. Just before that, Deiveson Figueiredo will attempt to defend his belt against Brandon Moreno who he’ll be fighting for the 4th time.

Those won’t be the only Brazilians UFC fighters looking for a win in Rio; there will be at least one in every matchup on the card. Most notably, this includes Jéssica Andrade, ‘Shogun’ Rua, Thiago Moisés, Gilbert Burns and Johnny Walker. We’ll also be treated to the highly anticipated returns of both Jailton Almeida and Terrance McKinney. All of these matchups (plus more) are covered below and feature BLÜ’s predictions along with the Bet99 Sportsbook Odds.

After an incredible set of prelims, the main card will open with these two BIG names. If this matchup would’ve happened a year ago, I probably would’ve quickly picked Craig. But after what we saw in both of their last matchups, I’m all in on Walker. Craig couldn’t compete with Oezdemir on the feet, constantly pulling guard and rolling around on the ground. Meanwhile, Walker obliterated Cutelaba in every facet of their fight. That, combined with the fact that this is in an arena packed full of Brazilians, Walker should be able to walk straight through him.

This is an absolute, slam dunk win to grab a title shot for Andrade. She’s mauling everyone that hasn’t held a belt at both 115 and 125 pounds. As for Murphy, she’s been barely scraping by and doesn’t really have any huge wins. Her only strategy is to push people into the fence or on the ground to win a decision. That’s something that would never work against Andrade and something that will more than likely get her destroyed in this matchup.

Magny has proven to be a formidable opponent for most ranked opponents. Sadly for him, that is not the case here. Burns is coming off of fighting the best fighters in the division, losing to Usman, dominating ‘Wonderboy’ Thompson, then having the fight of the year against Chimaev. Considering the fact that he almost beat Chimaev, there is absolutely nothing that Magny can bring into this fight. Magny could certainly make it to a decision, but Burns will be fired up in his home of Brazil. With that extra motivation, I’m predicting a spectacular finish for him.

This is by far the toughest matchup to judge because it’s been dead-even in all 3 of their previous meetings. The first meeting ended as a draw, the second was a Moreno submission and the final was a tight decision win for Figueiredo. What makes this even more complex is that ‘Figgy’ has only been fighting Moreno since 2020 and Moreno’s only other opponent was Kara-France.

dropped moreno multiple times in the last fight, in brazil, weight cut seems to be good

This is another one that could really go either way. Glover held the belt last year and was less than a minute away from retaining that belt before he was submitted by Prochazka. Hill hasn’t had that championship-level experience, but he’s young and he’s looked almost unstoppable lately. With Glover’s elite experience, well-rounded game and the fact that this is in his home of Brazil, he’s got a great chance of grabbing that belt back. That being said, there’s just something about Hill that tells me we’re going to see something special from him this week. I’m going to take a chance on the young gun getting a finish for the belt.

Realistically, this matchup is only happening because McKinney wants to be active and Bonfim needed an opponent for this PPV. McKinney is one of the most promising, dangerous prospects in the entire UFC. If it weren’t for Dober’s granite chin and miraculous recovery, McKinney would be in the top 15 and undefeated in the UFC. Meanwhile, Bonfim is making his UFC debut. Bonfim is a promising prospect with a bright future here, but he’s not at the same level as McKinney yet. I expect yet another highlight finish for McKinney before he finally gets a shot at the top 15.

I’m only including this matchup because Almeida is the future at both light heavyweight and heavyweight. He was also, if you’ve been following on Instagram or Twitter, my pick for Rookie of the Year. In terms of this matchup though… it’s absurd. It would be an absolute shock if Shamil made it to the final bell. In fact, I’d be a bit surprised if he made it to the 2nd Round. Unless Almeida has a freak injury or lightning strikes the cage, this is a guaranteed win for him.

Here I highlight some betting lines that you might want to take advantage of for UFC 283. These are odds that favour the bettor. Although some of them may conflict with my picks, they offer a fair reward for a slight bit of risk.

The main thing to remember is that this is a title fight and neither man is going to want to make an early mistake when it means so much to both of them. With that in mind, a -125 betting line for a 5 round fight is pretty juicy. We also have to remember that Glover went (almost) the full 5 rounds with Prochazka, a much wilder striker.

The Underdog Glover Teixeira at +112

This is one of those rare case where I’m going against my pick. Statistically, Hill being much younger makes him a better choice. However, you can’t disregard all of the other factors that he has in his favour. Glover held the belt last year, he was also less than a minute away from defending that belt against Prochazka AND he has a style that will likely give Hill some problems. Once again, this fight is also in his home of Brazil. I would’ve though Glover would be a favourite, so, even though my pick is Hill, the +112 betting for Glover is too good to pass up.

The Underdog Deiveson Figueiredo at +105

We’ve already discussed that this fight is a toss-up. That being said, when you consider all the facts, +105 is well worth the risk. Figueiredo currently holds the belt, he’s at home in Brazil, he dropped Moreno multiple times in their last meeting. Considering their history, I understand why the betting line is even, but, it really seems as though Deiveson should be the favourite. By that logic, there’s a lot of value in taking him.