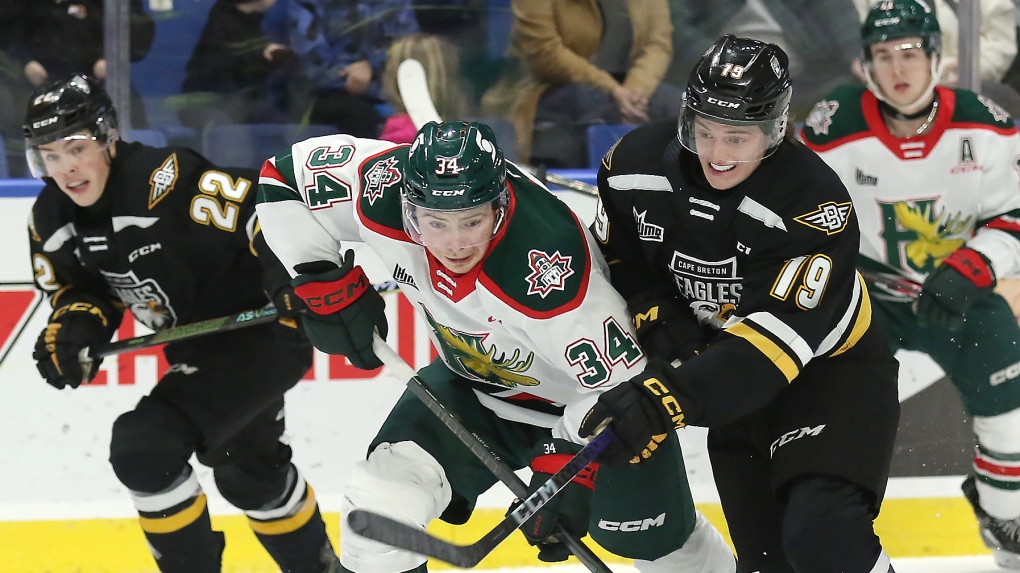 The Halifax Mooseheads have an opportunity to make history in front of a home crowd when the Shawinigan Cataractes visit the Scotiabank Centre on Thursday.

With both teams fighting for seeding, this one means a little more to the Mooseheads and their faithful.

The team will set a franchise record of most consecutive games of recording at least one point in the standings if they can win or force the contest to overtime.

Since acquiring the league’s leading goal scorer in Alex Doucet, the Mooseheads have been on a tear with a 7-0-1 record and have managed to get a point in the standings in 16 straight contests.

With a treacherous home stretch to start the month, the Mooseheads successfully warded off challenges from the top seed Quebec Remparts, Sherbrooke Phoenix and divisional rival the Moncton Wildcats.

But with history on the line, the team has its sights set to a much larger goal than setting history on Thursday.

The unprecedented point streak comes down to the firepower this lineup has added since the trade period opened and beyond.

After acquiring Josh Lawrence on 28 November, the Herd averaged exactly five goals-per-game leading up to the acquisition of Doucet, but it was after he was acquired the offence took off in a multitude of ways.

Since Doucet joined the lineup on 28 December, the goals came with greater frequency, up to almost six per contest.

While the offence has buoyed this team to success, the recent strong play of Mathis Rousseau between the pipes has improved his standing to a 2.64 goals-against-average and a .910 save percentage on the year.

With a 20-4-2 record on the year, one area many believed to be the weakness of the team heading into the playoffs has gradually become a strength.

As veterans such as Cameron Whynot and Brady Schultz anchor the blueline, rookies Owen Phillips and Dylan MacKinnon continue to impress and create a new level of depth on the defensive chart.

MacKinnon was recently named to the CHL Top Prospects Game early next month following a few injuries to expected participants.

After staring down several tests for the team to prove they are among the top teams in the QMJHL, they passed with flying colours and will look to reward themselves with a benchmark win versus Shawinigan.

A strong trade deadline has transformed this team to a contender, and one that while they might not be the favourites right now to hoist the President’s Cup, they have put themselves in a position to threaten the top contenders and challenge for their first QMJHL title since 2013.

But first, a chance to make history.