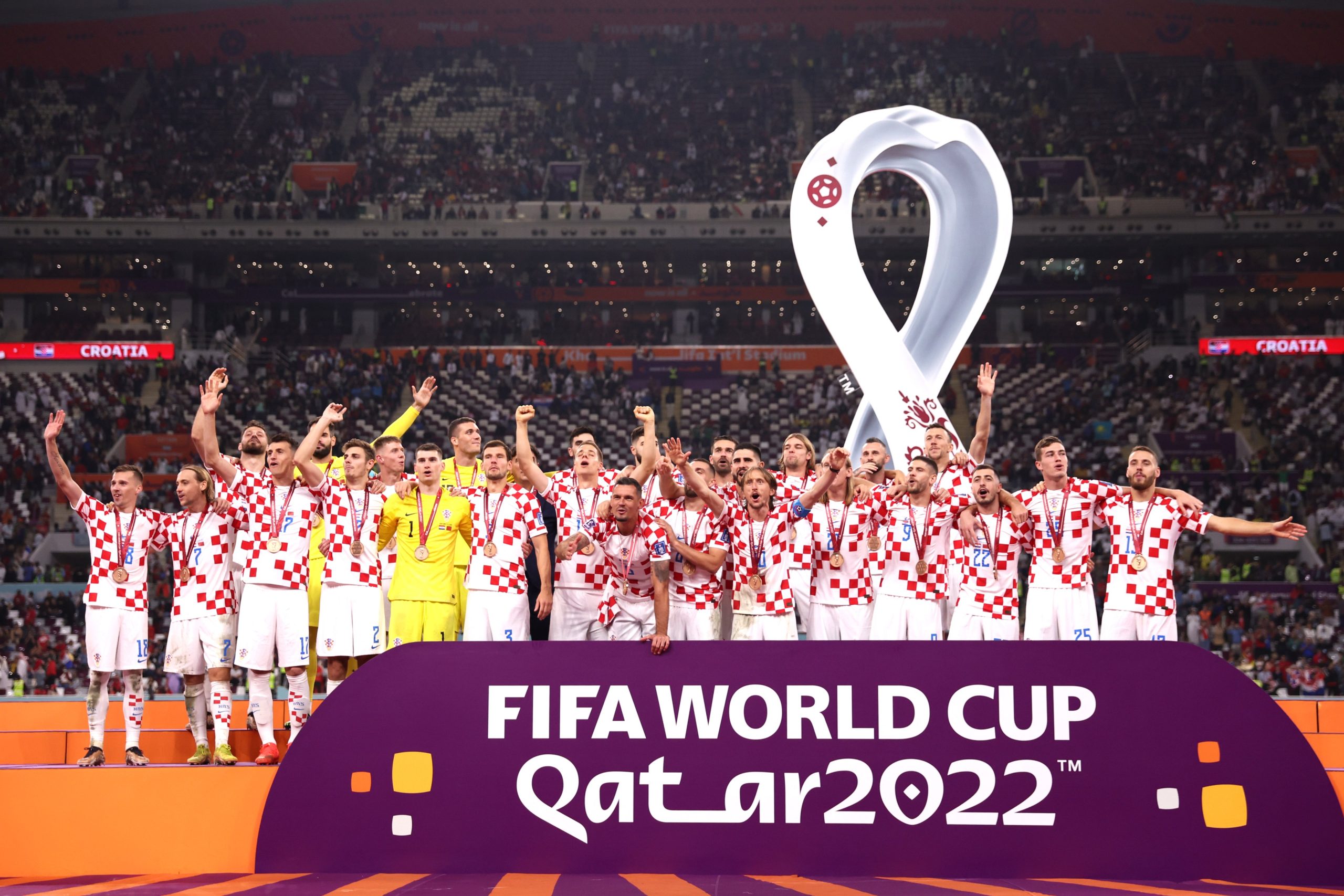 In a rematch of the qualifying nations of Group F, it was Croatia who triumphed this time around in a 2-1 win over Morocco.

Third-place matches in tournaments are strange events in adult sports. In fact, in most tournaments, they do not even occur.

But not in the World Cup. Nations that make it this far still have prestige to play for, and both Croatia and Morocco treated this as an A-final, battling right until the final whistle.

The match during Group F action between Croatia and Morocco ended in a nil-nil draw. But that could not be the case this time. A winner was needed, or nay…demanded.

And both these nations knew it.

Croatia turned up the pressure early. Joško Gvardiol got his head on the end of a well-worked set piece, a free kick from several yards outside the 18-yard box in the 7th minute.

But Morocco hit the European nation back instantly. In the 9th minute, they had their own free kick outside the box, which saw Achraf Dari get a foot on the ball. It was enough to send it past the sprawling Yassine Bono and to tie the match.

Croatia kept up their pressure, but Morocco did have opportunities as well. In the end, it was Croatia who regained the lead just before the half, a nice gentle lob of the ball over Bono by Mislav Oršić.

The second half saw few chances exchanged. But controversy boiled up in the 75th minute.

Gvardiol was brought down in the 18-yard box, but the referee was not interested in the penalty shout. On replay, it did show the centre-back brought down. However, it was not considered enough to warrant the call.

Only a minute later, a Moroccan player was brought down as well. But he was outside the box. Still, no foul was given, and the referee was emphatic that nothing should be called.

Morocco had a last-gasp chance in stoppage time, but the header went over the net and did not trouble Croatian goalkeeper Dominik Livaković.

Sofyan Amrabat has been one of the best players of the World Cup. His ability to win back possession and boss the midfield helped his nation immensely.

Already, the Fiorentina man is attracting interest from several top European clubs. While his representatives are pushing for the player to consider Liverpool, reports are saying that Tottenham have made the first move with a £47m offer.

However, the player has expressed interest in Barcelona, although no such offer has been made by the Spanish giants.

Achraf Hakimi, arguably the best right back of the tournament (alongside Denzel Dumfries of the Netherlands) has been the subject of transfer rumours as well.

Both players are locks for the team of the tournament.

A farewell to Modrić

This is likely the final World Cup for Croatian midfielder Luka Modrić. The winner of the player of the tournament in World Cup 2018, his international career may come to an end.

The 37-year-old Real Madrid player has over 160 international caps, tallying 23 goals and 25 assists during his tenure.

His loss will be a huge hole in the middle of the park for Croatia, but it will also spell opportunities for others, such as Lovro Majer, to push forward.

The World Cup final between Argentina and title defenders France takes place tomorrow, Dec. 18. While considered a toss-up only a few days ago, this match may end up being decided by factors that are not football-related.

The French side is battling sickness throughout their squad. Raphael Varane, Ibrahima Konate and Kingsley Coman have all missed training in the days leading up to the final match. Adrien Rabiot and Dayot Upamecano both missed the semi-final due to illness.

Apparently, all players were available for training today, but it remains to be seen whether manager Didier Deschamps feels they are fully fit in time to play.

This was the second match between Croatia and Morocco in this World Cup. The first match was a nil-nil draw in Group F. Their only other match previously was in 1996, which Croatia won on penalties.