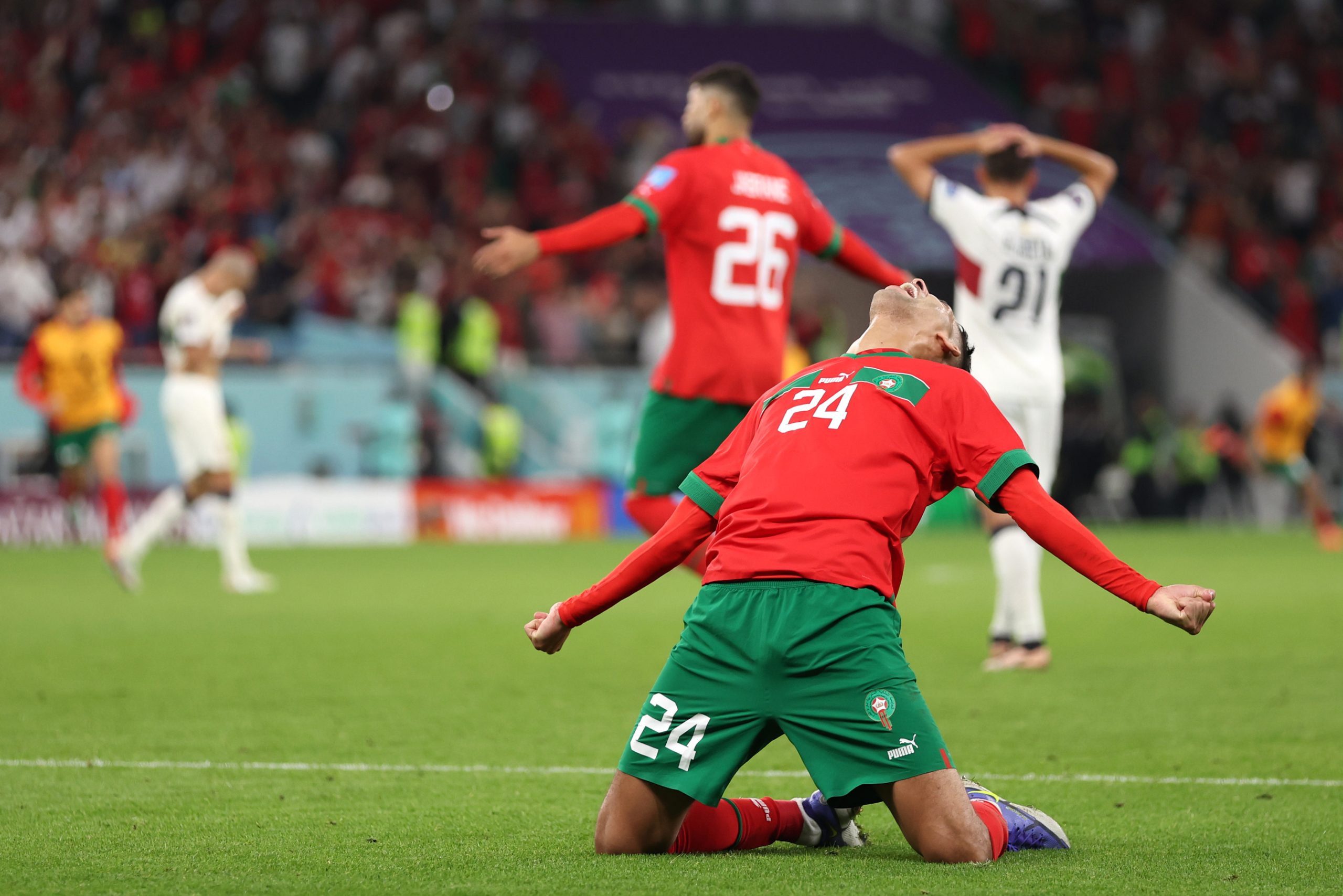 The last day of the quarterfinals brought more surprises to a World Cup already filled with many. Morocco continued their history-making World Cup run. France kept their hopes alive of being the first team to repeat at the World Cup since Brazil in 1962.

Morocco sacrifice in a 1-0 win over Portugal

Morocco became the first ever African nation to make it to the semifinals after they held Portugal scoreless in their 1-0 win.

Portugal knew precisely what to expect from Morocco, a tight match with little space in the back. Morocco had only conceded a single goal from open play in this World Cup so far, an own goal in the match against Canada in the group stage.

But try as they may, Portugal was frustrated time and time again by Morocco. The African nation was content to be patient and wait for their most opportune moment.

And that moment came in the 42nd minute from a strong header by Youssef En-Nesyri. The cross in from the left found the striker as he leaped high over everyone to put the ball into the back of the net. Portuguese goalkeeper Rui Patricio could also be called out for leaving his net and miscalculating the direction of the ball.

Portugal brought on Cristiano Ronaldo a few minutes into the second half to try and spark their attack. However, the European side continued to find themselves scant for chances.

Moroccan goalkeeper Yassine Bono was called on a couple of times. In particular, a shot in the 83rd minute required some acrobatic movement on the part of the keeper to keep the ball from going into the far top corner.

Morocco also had to deal with players dealing with injuries. Defender Romain Saiss was a significant loss in the second half. Already dealing with a bandaged thigh, his substitution after he was brought to the ground was a difficult one for Morocco to deal with. Towards the dying minutes of the match, Morocco also went down to 10 men after Walid Cheddira was shown a second yellow card.

They continued to sacrifice themselves in an effort to maintain their lead. It paid off as they took the match 1-0 over a despondent Portugal side and likely the final chance for Ronaldo to win silverware at the World Cup.

But the story was not about him. It was about the first African nation ever to make it to the semifinal, well-deserved and rampant for more.

Morocco and Portugal have met twice before, once each in the 1986 and 2018 World Cups. Morocco took the first meeting in a 3-1 win. Portugal won the second 1-0.

The history of these two nations is lengthy, not only in politics and regionalism but in the world of football as well. It felt as though the 100 Years War was brought back, only this time it was in 90 minutes. And this time, France was victorious with a 2-1 over their old rivals.

What began as an equal battle was opened up by solid French buildup. Kylian Mbappe switched sides, opening up England’s back line and causing them to scramble. The ball eventually found its way to Antoine Griezmann who dished the quick pass to Aurelien Tchouameni. Tchouameni’s shot from about 25 yards out made its way through traffic and past Jordan Pickford for the first goal of the match in the 17th minute.

But England did not capitulate. They pressed France, pushing play up the pitch and forcing Les Bleus into defensive mistakes. In particular, Dayot Upamecano seemed shaky when he did not have much time on the ball to settle and move it along.

France did take their lead into the half. However, England would be content with their first 45 minutes and full of expectation they could level it in the next.

England came out for the second and got started right away. Two changes went wanting in the first couple of minutes.

But they did get their shot. In the 52nd minute, Bukayo Saka went down in the 18-yard box to a French challenge. The ensuing penalty brought Harry Kane up against his Tottenham Hotspur teammate, Hugo Lloris. Kane won the duel, tying the match and resetting both sides.

England’s dominance continued throughout the half, and France had to absorb their pressure. Play began to switch in the final 15 minutes as Giroud forced Pickford into a complete reaction save. He would have felt hard done by for not burying that in the back.

Giroud did get his goal in the 79th minute. His header was a great redirection and put France back in front for their lead.

A penalty shoot for England came in the 82nd minute. Mason Mount was barrelled down in the box. The call was not given initially, but VAR asked the referee to review it. It did not take long for it to be given.

But Kane was not as accurate as his first penalty this match as he skied the ball well over the crossbar and gave English fans palpitations. They had only six minutes plus extra time to regroup and steel their resolve.

It was not enough. France, the defending champions, continued to defend their title and will do so against Morocco.

The football history between England and France stretches back to 1923. Over close to 100 years, these two nations have played one another 31 times. England has the better record, sporting 17W-5D-9L n the series.