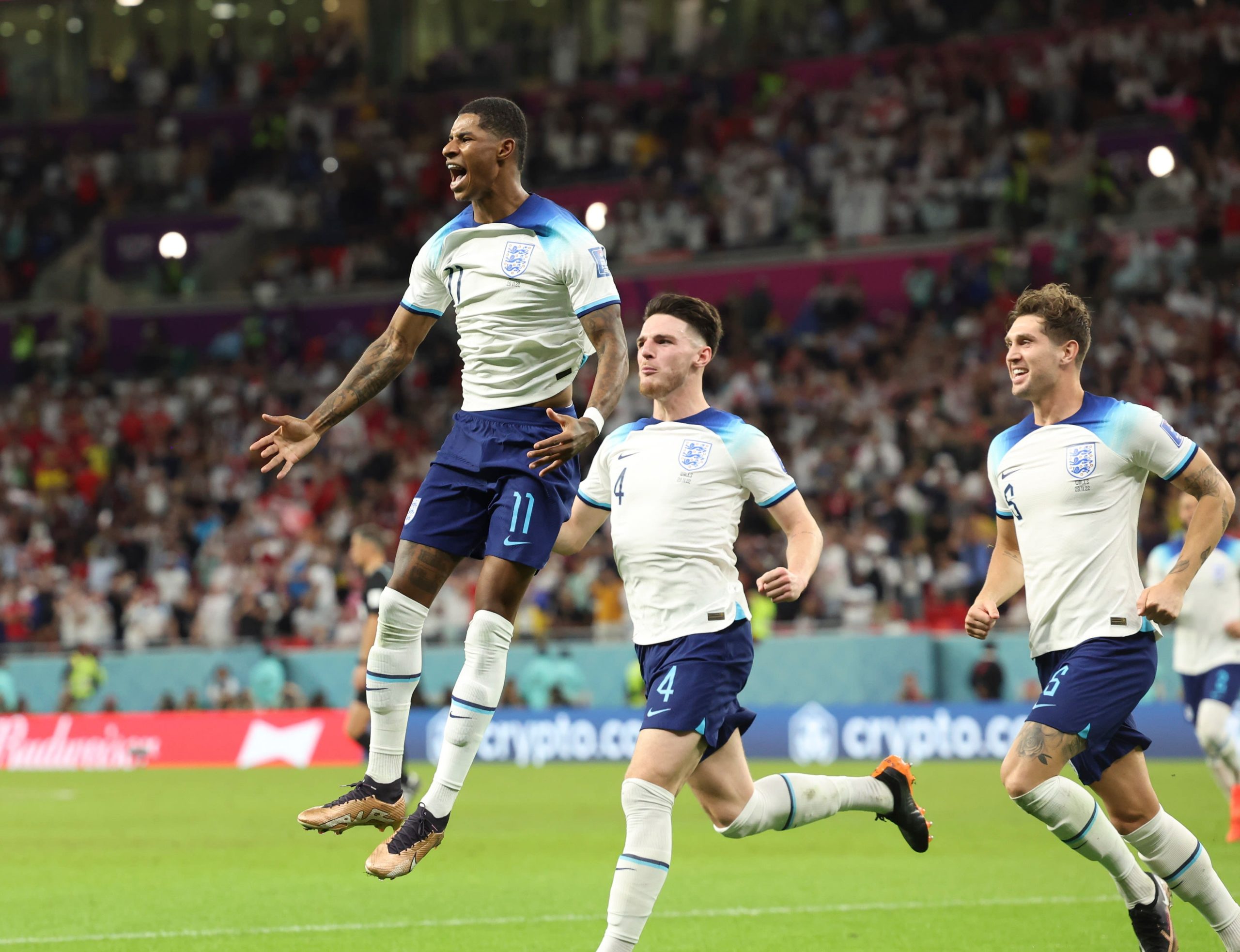 The 2022 World Cup Round of 16 matchups continued on Sunday.

This tournament has been full of upsets so far. However, Sunday’s games weren’t upsets at all.

Both France and England are set for a quarterfinal date on Saturday. Now that is one hell of a matchup. *Insert historical joke here*

Let’s review how these two teams got there, shall we?

Poland looked better than their group stage game against Argentina. However, France kept unlocking their defence and Wojciech Szczęsny had to make some big saves in the first half.

On the other end, Hugo Lloris and the French defence held their ground. It looked like France would strike at any moment and sure enough, Olivier Giroud got the goal late in the first half.

Giroud scored his 52nd goal for France and he passed Thierry Henry as France’s all-time leading goalscorer. If you don’t rate Giroud at this point, I don’t know what to say. Once again, he was never world class but he scores goals like a world-class striker.

The French were all over Poland in the second half.

They were moving the fall very quickly and continued to get plenty of chances. While we talked about a French veteran in Giroud, it is time to talk about a French star who will lead France over the next decade plus.

That is Kylian Mbappe. His two goals today give him five in this World Cup alone. (More on him in the stat of the day) Both goals were absolute bullets.

Mbappe has the speed, agility, strength and shot. The guy can do it all. There is a reason why he is a generational talent.

France look very poised to make a deep run. Despite injuries, pretty much all members of the squad have stepped up (Adrien Rabiot comes to mind) in this World Cup and their stars have shown up.

As for Poland, they got a consolation goal thanks to Robert Lewandowski’s late penalty but their World Cup ends. As for Lewandowski, this might be his last World Cup.

England’s young stars come out to play against Senegal

At first, this game was so boring. I’m talking like watching paint dry boring. In fact, this was as boring as Coldplay’s music of the last decade. (For the record, I think their early stuff is good but they fell off since Mylo Xyloto)

I noticed England like to play cautious and find the right moment to strike. England passed the ball around and created no offence for much of the first half.

However, it looked like England was waiting for the right moment to counter and they did. The English moved the ball up the field quickly and the youngster Jude Bellingham found the veteran Jordan Henderson for the 1-0 in the 38th minute.

That was Henderson’s first World Cup goal. He has gotten a lot of criticism from England fans for years so that must have felt good for him.

Jude Bellingham controlled this game. He was making excellent passes and runs. The 19-year-old was the catalyst for the 2-0 goal just before halftime. Bellingham found England captain Harry Kane who beat Edouard Mendy for his first goal of this World Cup.

Not only was he creating offence, but Bellingham also showed off his defensive skills as he was making tackles and making interceptions.

It was another goal off the rush as Phil Foden found Bukayo Saka in the box to make it 3-0 early in the first half.

Yeah, it was a dominating performance from England. Senegal’s best chance came in the 31st minute when Boulaye Dia’s shot was saved by Jordan Pickford. It was a solid save.

Say what you want about England but their future is bright with the likes of Bellingham, Saka and Foden.

Lots to choose from but let’s go with Mbappe’s second goal. It was a thing of beauty.

What a phenomenal player Mbappe is.

This was an interesting celebration.

Raheem Sterling was not in the squad for England because he was dealing with a personal matter. After England’s game against Senegal ended, it was reported that Sterling’s house in Surrey was robbed and his family was present in the home during the robbery.

Family comes first, even for a pro soccer player. Sterling is heading back to England to make sure his children are OK. This is a scary and horrible situation. I am against robberies in general but you have to be a messed up and downright dumb robber to rob a house with children inside.

England manager Gareth Southgate isn’t sure if Sterling will return to the World Cup but is letting him take his time to deal with the situation.

Hopefully, Sterling’s children and fiancée are safe. Once again, family comes first and Sterling should focus on being there for his family for the time being.