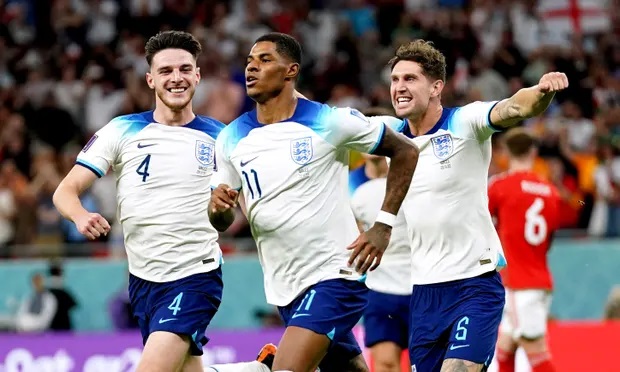 Senegal was eliminated in World Cup 2018 by the fair play rule (yellow cards). They did not want to leave any doubt this time around as they triumphed in a 2-1 win over Ecuador.

Pape Matar Sarr got things underway for Senegal in the 44th minute after they were awarded a penalty. His calm effort caught the goalkeeper standing flatfooted and put the African team up by one at the half.

But Ecuador continued to fight in the second half and was rewarded for their effort. Moises Caicedo tapped in an easy goal in the 67th minute after a corner kick found its way through traffic and landed on his foot.

Senegal was not to be outdone this time around though. Just three minutes after Ecuador’s tying goal, Kalidou Koulibaly hit back, finding the end of a free kick into the 18-yard box. He was emphatic in his strike and put his country back up by a goal.

And it would stand like that until the end with Senegal winning 2-1 and moving on in Group A after their upset in 2018. It was their first qualification out of the group stage in 20 years.

There is only one match previous to mention here. Senegal beat Ecuador 1-0 back in 2002 in a friendly.

Hosts eliminated as the Dutch qualify in comfort

The Netherlands were in a commanding position heading into this match, and they did not disappoint their fans, getting a comfortable 2-0 over the hosts, Qatar.

Cody Gakpo continued his fine form for the Netherlands, scoring in the 26th minute. He now has a goal in each of the group-stage games. He is also the first Dutch player to score in his first three World Cup matches.

As the second half got started, Memphis Depay had a solid opportunity to double the lead in the 49th minute. It was stopped by the goalkeeper, but Frenkie de Jong reacted first to the rebound, making it 2-0 for the Netherlands.

That was all the Dutch required as they topped Group A after not even qualifying for the World Cup in 2018.

No footballing history between these two so far. Today marked their first even meeting.

England knew that anything short of a loss would guarantee their spot in the Round of 16. And though it may have come late, their dominance on the ball paid off with a 3-0 over their neighbouring rivals, Wales.

The first half saw England dominate possession but come away with nothing for it. They buzzed around the 18-yard box; however, Wales proved to be a frustrating team to break down. England’s chances were negligible, likely hindered by Harry Kane dropping back time and time again to try and bring the ball up to the rest of his attack-minded teammates. But as the primary attacking force on the pitch for England, it made it more difficult for the Three Lions to penetrate and do any real damage.

The best run forward came from Marcus Rashford who got ahead of one of those Kane’s through balls. However, Danny Ward rushed out of his net and got there first.

Rashford did get his goal off a fantastic free kick in the 50th minute, curling the effort into the far post. The goal gave England a commanding lead not only in the match but in the Group B table as well.

And that let off the brakes for England. Phil Foden, getting only his first start in this World Cup, scored off a pinpoint cross from Kane that went across the face of the goal. Foden had a wide-open net and made no mistake.

England sealed the game in the 68th minute. Rashford netted England’s 100th goal in the World Cup, but he still had work to do as he received it off the right flank. Cutting into the 18-yard box, the strike was strong off his left foot.

It was all that was needed as England topped Group B with two wins and a draw. Wales were sent home wondering whether their talisman, Gareth Bale, had played his final international match.

There has been an amazing 103 matches played between England and Wales throughout their footballing history. England take the series to date with a 68W-21D-14L record.

Pulisic gets needed goal for USA

The Americans needed a win to guarantee their position. A draw could have done it as well, but they would need to rely on the other match in their group. But to their credit, a 1-0 win was enough.

The United States hit first off a Christian Pulisic effort in the 38th minute. Gregg Berhalter had his fullbacks getting high and helping the attack. Weston McKennie switched play to find Sergino Dest wide open on the right. His quick cross as he entered the box found Pulisic and gave the USA a strong position in Group B heading into the half.

Timothy Weah had another goal for the USA, but his run was deemed to be offside.

Iran fought in this match, but they were never in a position to be an attacking threat. Still, it made for a nervy match with only a one-goal lead for most of the match, and Iran never felt wholly out of it.

The USA succeeded in their pre-tournament predictions, qualifying second in Group B.

Iran and the USA have played one another twice before. Iran has won one, and the other was a draw.