Just how good has Elias Pettersson been for the Canucks this season? 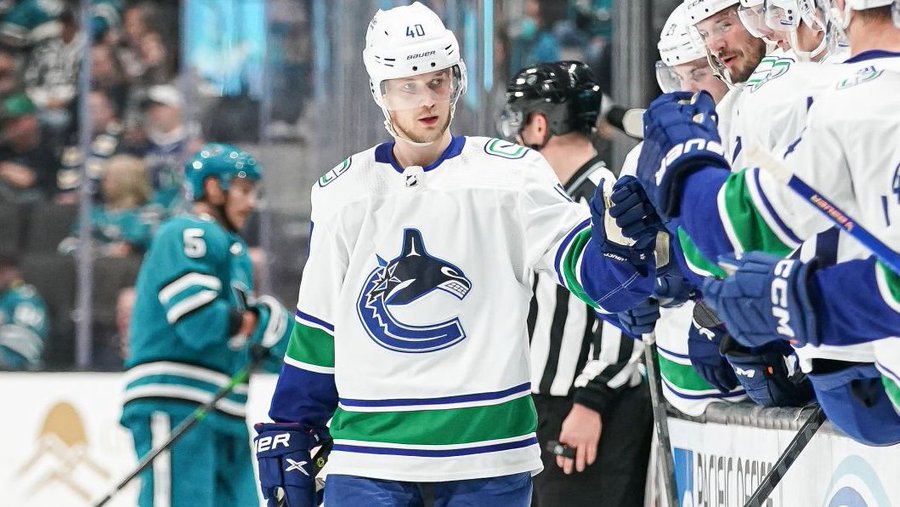 Elias Pettersson has been the Vancouver Canucks best player all season.

The Swedish centre currently leads the Canucks in points with 27 in 22 games and is in a three-way tie for second in goals with Andrei Kuzmenko and JT Miller. Pettersson is also the team leader in assists with 16.

Pettersson is currently riding a six-game point streak and he has nine in that timespan which includes six goals. Not only is he creating a ton of offence, but he has been helping out defensively as well. By helping out, I mean in a big way because Pettersson has been good defensively.

Pettersson always had a good two-way game and this season, it seems like he has taken it to a whole different level. He is a massive reason why the Canucks are one point out of a playoff spot at the time of this writing. When he was drafted by the Canucks, some compared him to Pavel Datsyuk, who is not only one of the most skilled players to play the game but one of the best two-way centres to play the game.

Watching Pettersson this season, the Datsyuk comparisons are reasonable. He just knows where and when to be in the defensive zone and gets the job done. Pettersson is willing to get into the dirty areas and battle along the boards and can even play goalie too.

He is currently tied for first in 5 on 5 goals with Jason Robertson and some guy named Sidney Crosby. Pettersson is also tied for tenth in league scoring.

The 24-year-old has been mostly playing on a line with Kuzmenko and Ilya Mikheyev. Those two are honestly the best linemates Pettersson could have on this team. Mikheyev brings speed and two-way ability while Kuzmenko is a skilled guy who puts up points.

The trio has been solid for the Canucks and Pettersson is really driving play on that line. In fact, that line is among the best in the league when it comes to 5-on-5 play

Let’s take a look at some more stats from Pettersson just to see how good he has been.

Pettersson has been so good, he is making other Canucks players around him better. That is a sign of a star NHL player, making teammates better.

Pettersson’s JFresh WAR player card is as blue as the sea, which is a very good thing.

I decided to see how Pettersson compares to the rest of the league in some more advanced stats. The stats he sticks out the most are for high-danger goals. Pettersson is ranked second in the NHL in that category among forwards who have played 200 minutes this season only trailing Matthew Tkachuk according to NaturalStatTrick.

We all know how great Pettersson’s offensive game is but let’s look at clips highlighting his defensive and penalty killing skills.

Below, he makes a beeline for the front of the net where a bunch of Colorado Avalanche players swarm the net. Pettersson gets there just before Mikko Rantanen can throw the puck to the crease or slot it in with Spencer Martin leaving half the cage open.

Honestly, Pettersson should have been on the penalty kill a long time ago. Look at how tries to break up the passes from the point. He is successful and it turns into a rush the other way.

Playing aggressively on the PK is a good strategy and it looks like that is what Pettersson is all about. Look at how he just reads Cale Makar like a book, takes the puck and goes on a breakaway. If he scored, that would have been the icing on the cake.

Pettersson is a superstar in the making

When Pettersson joined the Canucks from Sweden in 2018, it looked like they were getting a potential superstar. It looked that way when he scored his first NHL goal against the Calgary Flames, and it looks even more true now.

When Pettersson is healthy, he is as ruthless to opponents as a Romulan. After all, his play looks out of this world.

We are seeing snipes, great passes and now good defensive plays and solid penalty killing from Pettersson. He looks like the complete package.

He has every reason to match up against other teams’ top players, he’s ready for it.

Pettersson has looked like a Selke and even a Hart trophy contender so far this season. If he had an elite team around him, he could win those awards easily but alas, he doesn’t. However, if Pettersson can sustain his play, he could get some votes for both.

Pettersson is a two-way force and is already one of the best in the league and he should be the one that leads the Canucks into the next decade. That will be tough, however, as his bridge deal ends in two years and surely, he is going to want a lot of money.

Pettersson is the Canucks best offensive and defensive player this season and should be the face of the franchise for years to come.