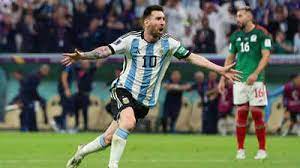 Groups C and D were in action on matchday 7 of the World Cup in Qatar.

Defending Champion France has broken the curse of World Cup Winners being knocked out of the group stage and Lionel Messi sent Argentina fans into hysteria.

It is also Australia’s third World Cup win since 1974. The 1-0 win over Tunisia was also their first clean sheet since that year.

Tunisia was firing at will with 14 shots and four on target. Australia was doing a good job with the blocks and tackles as well. Harry Souttar made two impressive tackles preventing scoring chances for Tunisia.

Mitchell Duke got the only goal with a header in the middle of the first half. Duke is a target man and he knew his role. Not only did he know his role, but he got the job done.

Australia made life hard for Tunisia with their counterattack. Again, most of Tunisia’s shots missed the net so they weren’t creating too much.

The Saudis were looking to build off their upset over Argentina.

They were dominating with 64% possession. It didn’t mean much, however.

While they had possession, Saudi Arabia was hardly doing anything with it. Poland, on the other hand, looked like the more threatening team. They also capitalized.

Robert Lewandowski showed Saudi Arabia why he was World Class. That assist to Piotr Zieliński was a thing of beauty, especially since he managed to keep the ball from going out to play before finding Zieliński. He also scored late in the second half after pressuring the Saudi Arabian defender. That is the type of goal I score in the FIFA video games.

I’m not sure if that was a penalty for Saudi Arabia. The challenge didn’t look strong enough to be one in my opinion. However, that did not matter because Wojciech Szczęsny stopped Salem Aldawsari and the rebound.

Szczęsny looked unreal in this game. He was making these incredible saves. It also helped that Saudi Arabia was missing good chances and didn’t look as coordinated in the first half. I guess that is what good goalkeeping can do to an opponent.

Saudi Arabia showed us that they are better than we think at this World Cup but Poland showed that they are scary when they are on their game.

The defending champs break the curse

France played Denmark in 2018 and that game was a 0-0 snooze fest. Thankfully, it wasn’t this time.

France was like a well-oiled machine. They were making good runs, and solid passes and got plenty of chances.

However, it looked very tight in the first half. It looked like anyone’s game and the finishing wasn’t there for both sides. But France got firing in the second half.

There was one player who stood out above the rest: Kylian Mbappe. He showed off his strength, speed, agility, you name it. Oh yeah, he scored both of France’s goals. The Danish probably thought he was a freak and the fastest kid alive.

But Denmark didn’t go down quietly as they were testing Hugo Lloris. Andreas Christensen scored his first World Cup goal on a corner kick.

Antoine Greizmann and Ousmane Dembele also looked great for France. Greizmann hasn’t been the same over the last few years but he always turns up for France. Dembele has struggled with injuries but in the last couple of years has looked really good.

Messi to the rescue for Argentina

Argentina was under pressure heading into this game. If they lost, their World Cup dreams would end. But they live to fight another day because they ended up beating Mexico 2-0.

It took a while for Argentina to get going. As they have in past tournaments, they seemed to rely too much on Messi. It took them about 40 minutes to register a single shot! That was the longest Argentina took to register a shot at a World Cup shot since shots were tracked by date from 1966.

Mexico fought well but lacked the spark in their attack. They didn’t have a true striker up front and it was hurting them. Mexico looked very poor in the final third.

For Argentina, one man got them going. Who could that be? Messi of course.

His outside-the-box stunner put Argentina on the board and he assisted on Enzo Fernandez’s 2-0 goal. Messi was doing Messi things. He was making great dribbles, drawing fouls, creating, and of course, scoring. Messi looked like a wizard out there and that is normal for him.

When they need him the most, Messi delivered.

Messi’s goal was nice but Fernandez scored quite a stunner.

Mbappe has been entering some elite company. After all, he is elite himself and will be seen as one of the greats when he retires.

It’s a party down under!

Wow, can’t believe Mexico decided to change their name and name themselves after Messi even though he dominated them.

Cringe of the day

I’ll end the article with this kid smiling at the camera during the Mexican national anthem.