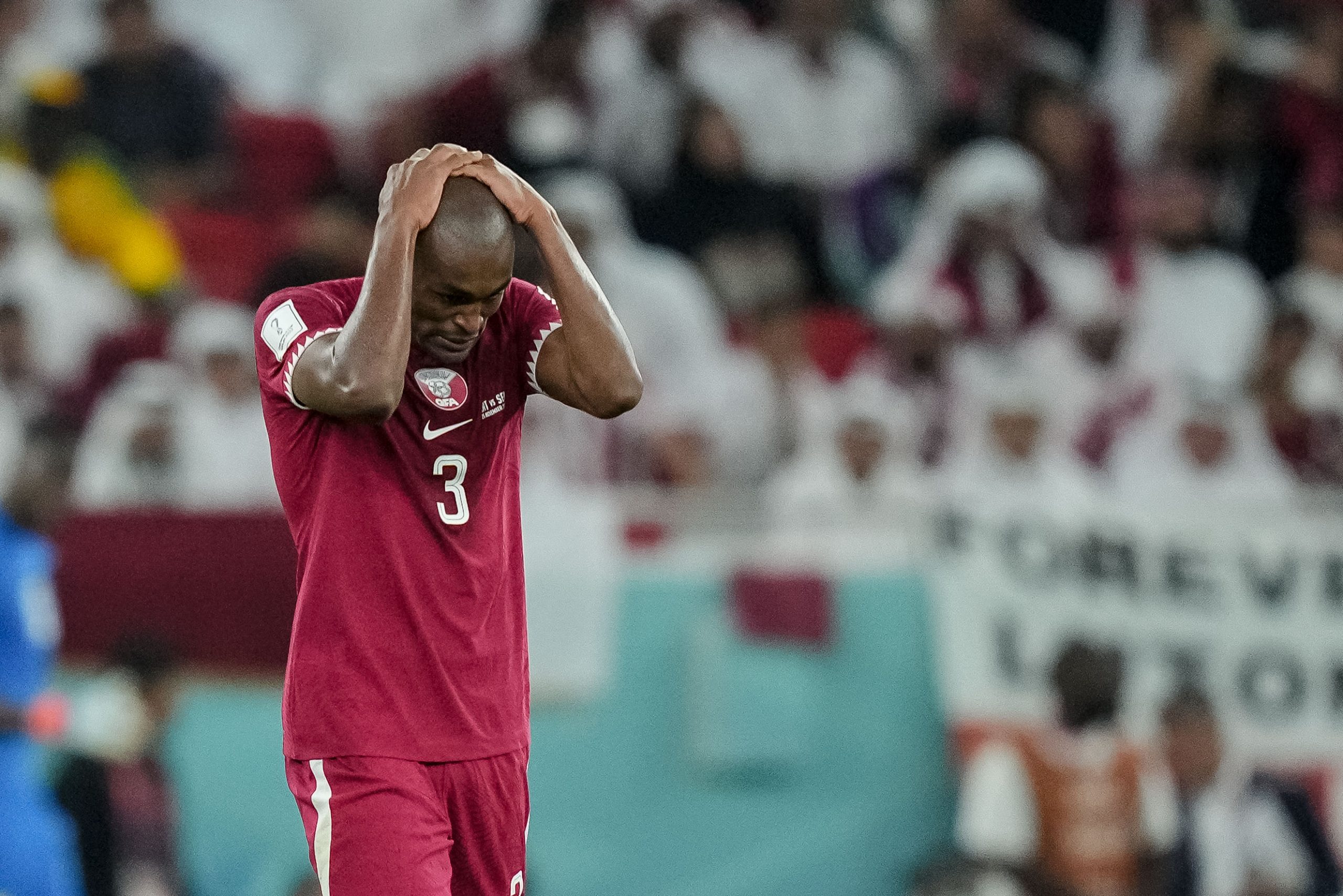 Matchday six brought the second round of matches for the groups stage. It saw the host nation of Qatar become the first team eliminated from this FIFA World Cup. England the the USA also played to a nil-nil day, ending the day.

Let’s take a look at all the matches that occurred.

Wales on the brink as they lose 2-0 to Iran

Iran started the day at the bottom of group B. And while they got the win, it was marred by news coming out that the players would face repercussions in Iran if they failed to sing their national anthem again.

Iran hit first in the 15th minute, but it was called back for being offside. The first half remained scoreless.

Iran came out in the second half flying. In the 51st minute, they hit the post on a clear break. The rebound was picked up by Ali Gholizadeh who ended up hitting the other post. That ball bounced back out to Iran, but Wayne Hennessy was finally able to grab it.

Scenes erupted in the 84th minute as Hennessy came far out of his net to intercept a through ball from Iran. It was headed to Mehdi Taremi and the Walesh goalkeeper got to but also completely took out the Iranian striker.

Hennessy was given a yellow card by the referee but after review, it was upgraded to a red, the first of the World Cup.

It seemed as though a 10-man Wales would hold on for the draw, but Iran had different ideas. Rouzbeh Cheshmi got on the end of a Welsh clearance. His hard low shot through traffic found the far post in the 89th minute, sending the Iranian team into pandemonium.

Ramin Rezaeian added a second a couple of minutes later, giving them the 2-0 win over Wales and a commanding position heading into the final day of the group stage. For Wales though, they were feeling their World Cup dreams slipping.

These two played a long time ago, back in 1978. Wales came out ahead in the friendly with a 1-0 win.

Qatar and Senegal both lost their opening matches of the tournament. But the Lions of Teranga came out victorious in this match, eliminating the host nation in only two matches.

Qatar was positive in their play and even had a penalty shout in the 34th minute after Akram Afif was brought down in the 18-yard box. But the call was not given and VAR did not overrule. It looked like a clear penalty and one the hosts would rue before the game was done.

First blood ended up going Senegal’s way in the 41st minute as Boulaye Dia took advantage of a loose ball from a poor clearance attempt. He hit it low for the easy goal and the first lead in the match.

They added another before the half. An inswinging corner found the head of Famara Diedhou, leaving Senegal feeling good at the break.

But Qatar would not be joining the list of nations who have played in the World Cup and not scored. Mohammed Muntari’s header from a well-placed cross gave the hosts their first goal of the tournament in the 78th minute.

Senegal would put the game away in the 84th minute. Unmarked in the 18-yard box, Bamba Dieng had the easy goal.

The win gave Senegal a much-needed three points as they sit just a single point behind the Netherlands and Ecuador.

Senegal and Qatar have never played each other before today.

Ecuador show no fear in 1-1 draw with Netherlands

Both the Netherlands and Ecuador came into this match off the high of winning their first match, but they had to settle for a 1-1 draw. A second for either would solidify their position to move beyond the group stage.

The Netherlands started things off early. Cody Gakpo took the ball from Davy Klaassen as they both ran in opposite directions. Klassen’s run drew enough of the defence away that it gave Gakpo space for the shot from the top of the 18-yard box, the World Cup’s quickest goal in the tournament so far in the 6th minute.

But Ecuador fought throughout the half, never letting up and challenging the Dutch defence and midfield. They thought it had paid off just before the break, but their goal was disallowed due to offside.

They were not deterred. Immediately after they restarted. Enner Valencia jumped on a rebound from a Moises Caicedo shot in the 49th minute, tying the game and bringing his goal total in the tournament up to three.

Ecuador almost had another at the hour mark, but Gonzalo Plata’s hard shot could not beat the crossbar.

There will be some worry for Ecuador as Valencia came off the pitch on a stretcher in the 90th minute. They will be hoping he is fine for the final group-stage match.

There have been two previous meetings between these two sides, both international friendlies. In 2006, the Netherlands beat Ecuador 1-0. They drew 1-1 in 2014.

England and USA play to a scoreless draw

The first half saw the Americans begin by sitting back and absorbing English pressure. There was little press on the England back line, and it gave them comfort and time on the ball.

However, the USA eased themselves into the match, relying on their midfield shape of Weston McKennie, Yunus Musah and Tyler Adams to bring the ball up to quick-moving players on the wings.

The best chance came just before the half, a bullet of a shot from Mason Mount from the 18-yard box. Matt Turner had to react quickly to get low for the save.

The second half started with the USA leading the charge. England found themselves hemmed inside their defensive third for long periods of time. They had no way of breaking.

Jordan Henderson came in to try and sort England out. And there was an instant reaction. Along with Jack Grealish on the left, England started playing out of the back, and the match evened up.

But it was too little, too late for either side to make anything of their subs. A nil-nil draw was fitting for a match that did not offer much by way of excitement.

These two have played each other 11 times throughout their history. England has the better record, with 8W-1D-2L.