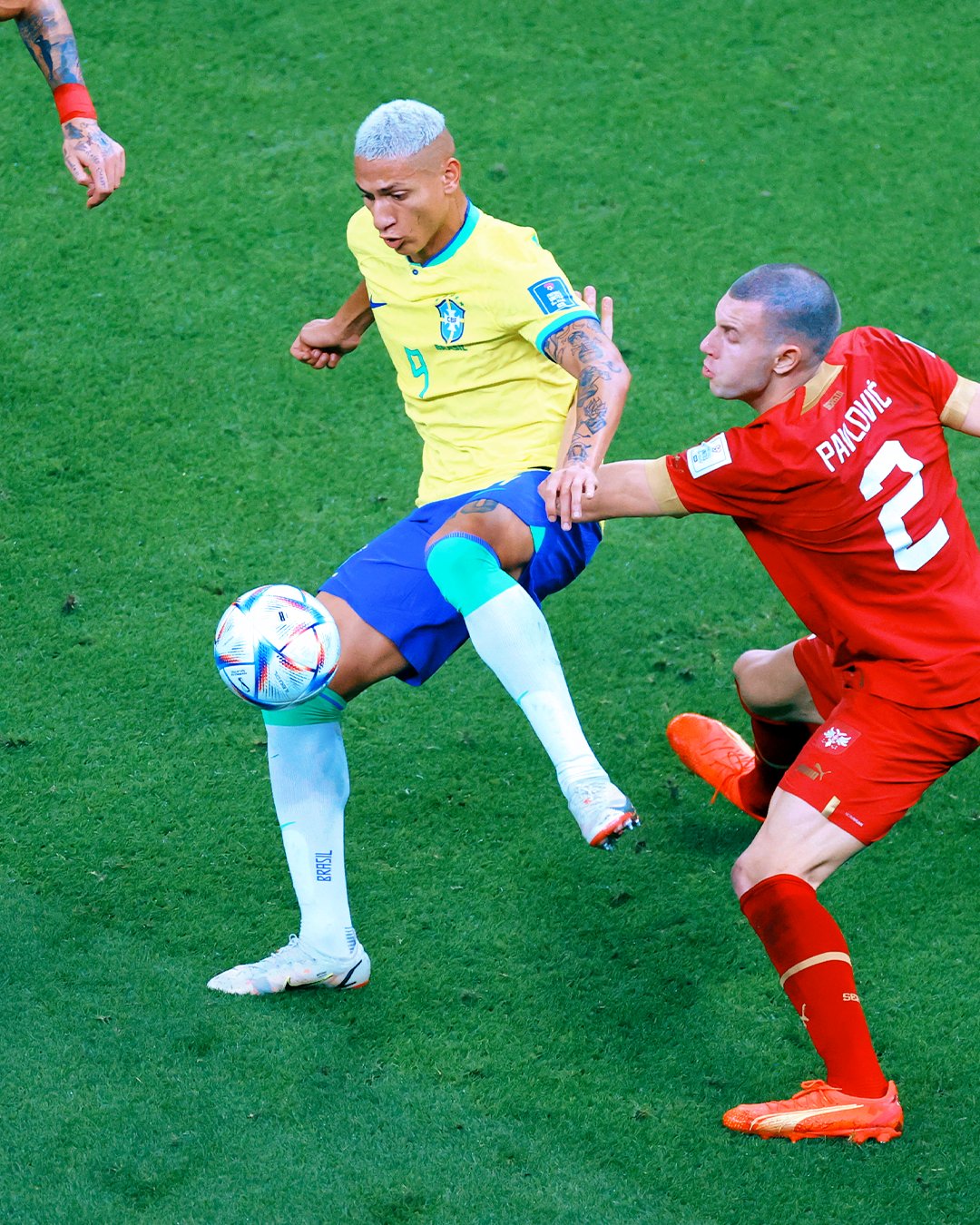 Match Day Five brought the end of the first round of match for each of the groups. Tournament favourites Brazil finally got underway, while Portugal and Cristiano Ronaldo began what will likely be their final FIFA World Cup together.

Let’s recap the day that was.

Cameroonian-born player wins it for Switzerland

Switzerland was made to work against Cameroon for their 1-0 win. And the goal came from a player with a unique story specific to this match.

Cameroon almost got ahead in the 10th minute. Swiss goalkeeper Yann Sommer dealt with the initial shot, but his punch went right back into dangerous territory. Karl Toko Ekambi jumped on the free opportunity, but his shot was skied over the crossbar.

Cameroon had the bulk of chances in the first half. Sommer looked shaky at times, spilling loose balls and giving his defence a lot of work to do.

In the early part of the second half, Cameroonian-born Breel Embolo, who plays for Switzerland, bagged the only goal. He was left unmarked in the middle of the 18-yard box. The cross in from the right found him, and he made no mistake.

While his celebration was muted, it was definitely not for his teammates. It was the only goal they needed as Switzerland won 1-0.

This was the first meeting for Cameroon and Switzerland.

The smart money was on Uruguay to get something from this match based on the history of the two teams alone. But South Korea is a nation that keeps building and building its own footballing history.

They were able to keep talismanic striker Luis Suarez from even having a shot. In fact, only one shot from both sides made it to the target.

Perhaps the best chance of the match came in the 89th minute. Federico Valverde had a great opportunity from just outside the 18-yard box, but he banged it off the woodwork.

Son Heung-min had a chance just a minute later for South Korea to steal the win, but sent the ball just wide of the post.

Interesting, these two nations have played one another eight times before with Uruguay taking the series 6W-1L-1D.

Portugal explode for goals in the second half

After what began as a cagey match in the first half, Portugal and Ghana both found their game in the final 45 minutes.

Cristiano Ronaldo started things off after being brought down in the 18-yard box just after the hour mark. The MLS-based referee was quick to award the penalty, a soft one to be sure, but one that has been given out in more common fashion.

Ronaldo did not make the mistake of Robert Lewandowski or Alphonso Davies, drilling the ball into the back of the net for his history-making goal, the first male player to score in five different World Cup competitions.

But Ghana hit back instantly. Mohammed Kudus, who had been the best Ghanaian player all night, got on the end of a ball in the 18-yard box. His pass to André Ayew gave the striker an easy goal to tie things up.

João Félix added to Portugal’s lead in the 78th minute. His smart run saw him get the ball with no defender able to get to him and slot it nicely behind Lawrence Ati-Zigi.

Not to be outdone, Rafael Leão added a third for Portugal. Barely on the pitch, he scored less than three minutes after being subbed on.

And things just kept getting interesting in the second half. Jordan Ayew popped the ball up into a dangerous area for Osman Bukari. His header in the 89th minute meant that Ghana had a way back into the match late on.

Ghana almost had a tying goal in stoppage time, but it was not to be. Portugal took their first group-stage match with a score of 3-2.

The two nations have only met one time before, during the 2014 FIFA World Cup. That match ended in Portugal’s favour as well, a 2-1 triumph with Ronaldo getting the winning goal.

Richarlison puts up points for Brazil

Brazil came into this match, not only the heavy favourites to win against Serbia, they were the favourites to win the whole tournament. And while it may have taken a while to break Serbia down, the South Americans found a way.

The first half would not be one they would be happy about. Serbia did well to frustrate the FIFA-ranked top team in the world. Much of that was due to the calm presence of Vanja Milinković-Savić in the Serbian net.

The nil-nil score line would stay that way until Richarlison finally broke it open for Brazil in the 63rd minute. He pounced on a free rebound, moving quicker than any of the defenders in the area for an easy poacher’s goal.

Brazil also hit the post twice in this 2-0 win, emphasizing they could have had more. Still, they should be happy with their win.

And Richarlison was not done. His second goal, coming in the 73rd minute, was the goal of the tournament so far. His handling of the cross was silky, setting himself up as he twisted for the blind volley.

Overall, it was an expected performance in the second half for Brazil and one that will carry them well into their next two matches in the group stage.

These two have faced each other twice before today. An an international friendly in 2014, Brazil took a narrow 1-0 win. At the 2018 FIFA World Cup, Brazil won 2-0 from goals by Paulinho and Thiago Silva.