Dylan Anderson: Happy To Be Home 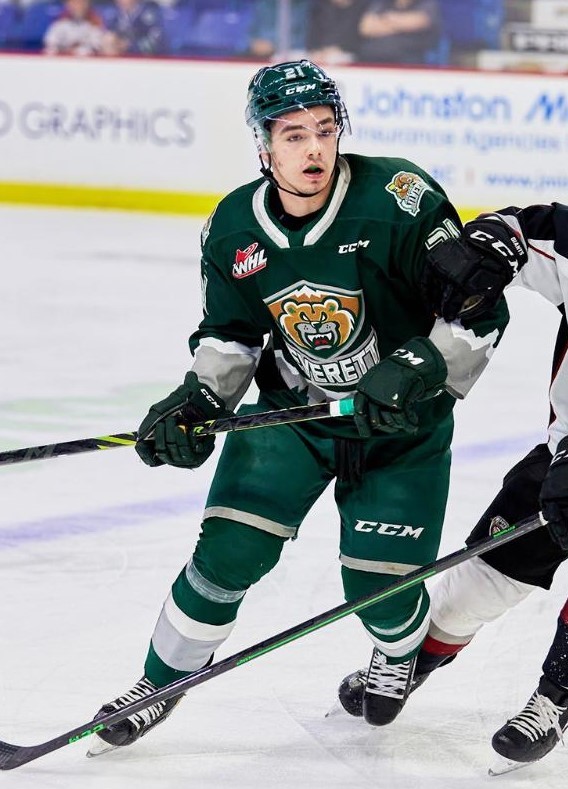 After spending his entire WHL career with the Everett Silvertips, the Vancouver Giants signed overage defenceman Dylan Anderson, bringing the Langley native home. The 20-year-old had been playing in the BCHL with the Salmon Arm Silverbacks before coming back to the WHL and is expected to make his home debut tonight against the Kamloops Blazers.

After over 140 games with the Silvertips, Anderson found himself a free agent with plenty of interest from Junior “A” teams. After consulting with his parents, he decided to join the Silverbacks as they held his BCHL rights. It didn’t take long for him to find himself back in the WHL, however, as, after just four games with Salmon Arm, the Giants reached out and signed him.

Last season, Vancouver became the first-ever eighth seed in the WHL to knock off a one seed. That team was Anderson’s Silvertips. Less than seven months later, he finds himself wearing the Giants jersey, which was an opportunity he could not pass up.

“It was pretty special to me,” said Anderson talking about joining the Giants. “Being close to home playing in front of a bunch of friends and family, my parents were very excited as well.”

Anderson has been with the team for a few weeks now and has enjoyed his time so far. He has even contributed to a win against the Cougars. “We have a good group of guys, and I’m looking forward to what’s next here.”

After seeing a lot of Zack Ostapchuk in the playoffs, it is a welcomed change to now have the Ottawa draft pick on his team. Instead of taking him head-on, Anderson enjoys “not being on the opposite side” and looks forward to any potential points he may get from stretch passes to the Giants captain.

Growing up in Langley, Anderson had the chance to watch the Giants when they were playing out of the Pacific Coliseum. “It’s pretty surreal seeing myself now. There are gonna be those kids out there like that, and who knows what could happen with them. It’s pretty special.”

Anderson brings experience and an ability to transition the puck out of the zone. He also can play the physical brand of Giants hockey the fans like to see. Overall, he should provide a boost to the organization and should help Vancouver cut down their shots against per game. He tries to model his game after Duncan Keith. If he can bring some of the intangibles the Norris Winner had, the Giants will be in great shape for the rest of the season.

This is a great move for the Giants because it brings a local kid home. Anderson repeatedly talked about how excited he was, but also his family that they can come out and watch him at the Langley Events Centre for the rest of the season. On paper, this is a perfect match that could be extremely beneficial for not just Anderson but also the Giants.