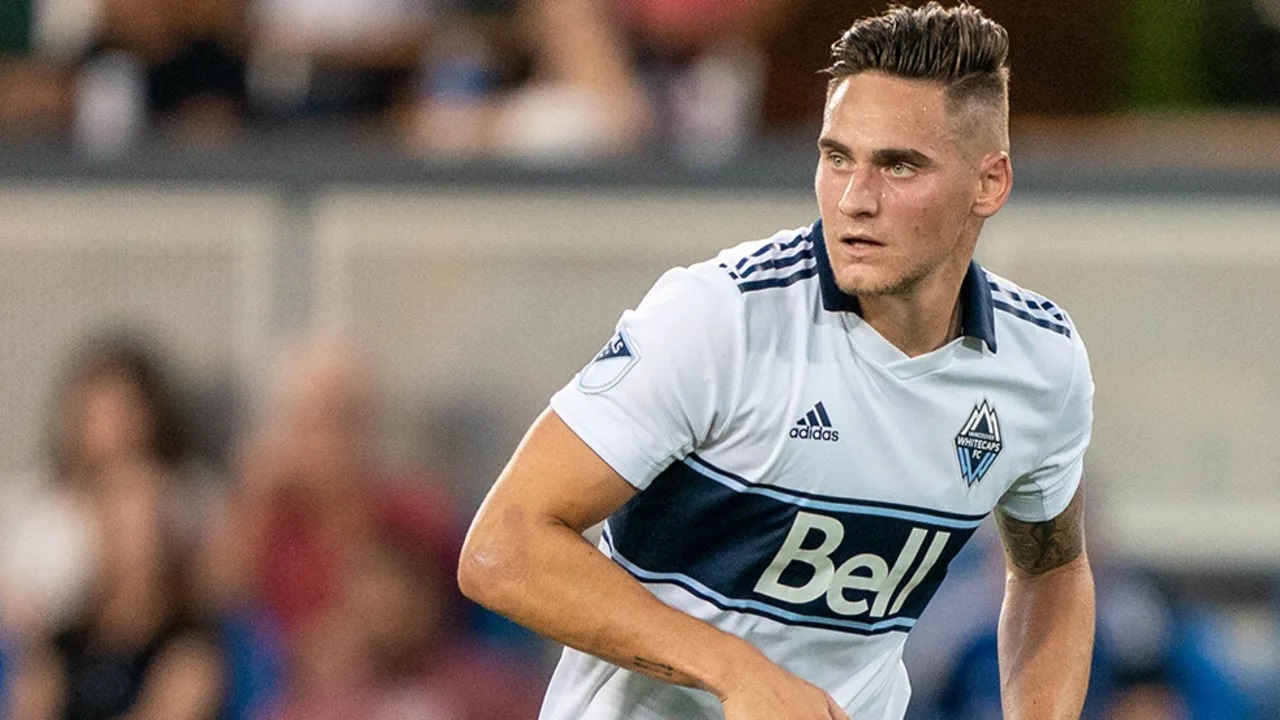 With today being the deadline for all MLS clubs to exercise any contract options they had, the Vancouver Whitecaps were certainly busy. A total of eight players were affected by today’s moves leaving the majority looking for a new club in 2023.

The Whitecaps exercised their club option on centre-back Derek Cornelius, keeping him for the 2023 season. Cornelius is currently on loan with the Greek Super League club, Panetolikos FC, but will be rejoining the Canadian team for the upcoming year.

Cornelius has done well during his loan spell. He played in 29 matches in the 2021–22 season, including cup matches, grabbing a couple of goals in the process. So far in this 2022–23 season, he has played and started in all 13 matches. He also found himself back in contention for the Canadian Men’s National Team and is currently a part of the set-up for the FIFA World Cup in Qatar.

The Canadian centre-back rejoins a Whitecaps in need of quality at the back. In the final three matches of the season, head coach Vanni Sartini switched to a back 4, using Tristan Blackmon and Ranko Veselinović as the centre pairing. The addition of Cornelius gives another solid defensive option and will add to the competition for the spot.

Cropper came in as cover for Thomas Hasal at the beginning of the season. He was a cheap option in goal and only expected to be used sparingly as required. However, due to injuries, he ended up playing in 15 matches, starting in 14 of them, as Hasal recovered from a finger injury and illness. He was let go today as his contract came to an end.

Cropper posted 1.75 goals against and a 59.6 save percentage, the worst out of all the keepers used by the Whitecaps last season. For comparison, Hasal had a 1.61 GA and a 65.8 save percentage.

This does leave the club thin for goalkeepers. Hasal will definitely be around the top team. But Max Anchor and Isaac Boehmer make up the rest and only have a collective three professional starts between them.

The Whitecaps did just pick up an international roster spot in a trade with Nashville SC. They also had a few already not being used, which makes one wonder whether they are going shopping for a goalkeeper either in Europe or South America.

Marcus Godinho has always been more of a depth player on the Whitecaps roster. But he was one that was versatile, playing both on the right and the left as a winger, wingback and fullback. He also took one of the necessary Canadian roster requirement spots needed for any Canadian MLS club. But no more as his options was not exercised.

Last year, Godinho played 1,019 minutes over 23 matches, much more than the 115 minutes he played the year before. However, he was never a player that took a position and made it his.

Known as a ball mover, Godinho’s strength is in his passing. He had a 79.8 per cent pass completion rate. It’s a decent return, but when looking deeper he only registered 52 progressive passes out of a total of 456 pass attempts.

The second-longest serving Whitecap is a Whitecap no more. Jake Nerwinski suffered from being played out of position for much of the season, used as a centre-back in a back 3 when he is more comfortable as a right fullback. Unfortunately, this left a number of fans with a poor impression of the American player.

Over the past year, he posted 24 tackles, 32 interceptions and 32 clearances. Compared to other defenders in the league, Nerwinski did well in interceptions but significantly struggled in blocks and clearances, a clear indication that playing centre-back is not his role.

Hopefully, he is able to find another home where he is played to his strengths.

Leonard Owusu played 877 minutes this past year, his lowest total as a Whitecaps in his three seasons with the club. The Ghanaian player fell victim to the incoming transfer of Andrés Cubas, who took the defensive midfielder role and made it his. Not quite a fringe player, Owusu will now be looking for a new club.

A squad player, Owusu never really excelled in a Whitecaps shirt. Horrible in tackles and not offering much moving up the pitch in terms of assists or shot-creating actions, his strength was in his passing ability. However, like other midfielders at the club, Owusu’s passes never moved the play forward, averaging only just over two progressive passes a game.

He is a player that the Whitecaps should be easily able to upgrade, and it does open up one of those coveted international roster spots.

Lucas Cavallini. What can we say about the Designated Player who came in with much fanfare three seasons ago? While he had his best season as a Whitecap in 2022, it was not was should be expected of a DP. And apparently chief executive officer and sporting director Axel Schuster thought so too as Cavallini is no longer a Whitecap.

Cavallini had nine goals and one assist over 1,516 minutes. This averages to roughly a goal every two matches, which to be fair, is a decent return. However, you expect a minimum of 10 goals from a DP striker, especially at the price tag they command.

The Canadian striker also suffered from a hot head, which put his team in danger on a number of occasions. He had nine yellow cards and one red. The red card has become infamous among Whitecaps’ fans and led to the player getting supplemental discipline at the hands of the league.

Cavallini will be missed, but with the caveat that he never truly realized the potential many, coaches and fans, were expecting.

But the opening of a DP spot on the roster is interesting. The Whitecaps have a significant hole to fill up front, but that does not necessarily mean it will be done using the DP spot. The remainder of the off-season will be interesting to see where that is used and what pieces the Whitecaps will target in order to increase their overall goal tally for 2023.

Tosaint Ricketts had already accepted a front office position as the new manager of community impact. He will stay with the Whitecaps in this new role, which means the option on his playing contract was no longer necessary.

The German centre-back saw his time on the pitch diminish this season as his legs were just not as fast as they once were. Age comes to us all, and the time for retirement must weigh heavy on Florian Jungwirth.

Of the player who did not have their contract options exercised, Cropper and Nerwinski are eligible for MLS Free Agency, which opens on November 16.

Cavallini, Godinho and Owusu are eligible for the MLS Re-Entry Draft, which will begin on November 17.