Whitecaps head into offseason with many decisions to be made 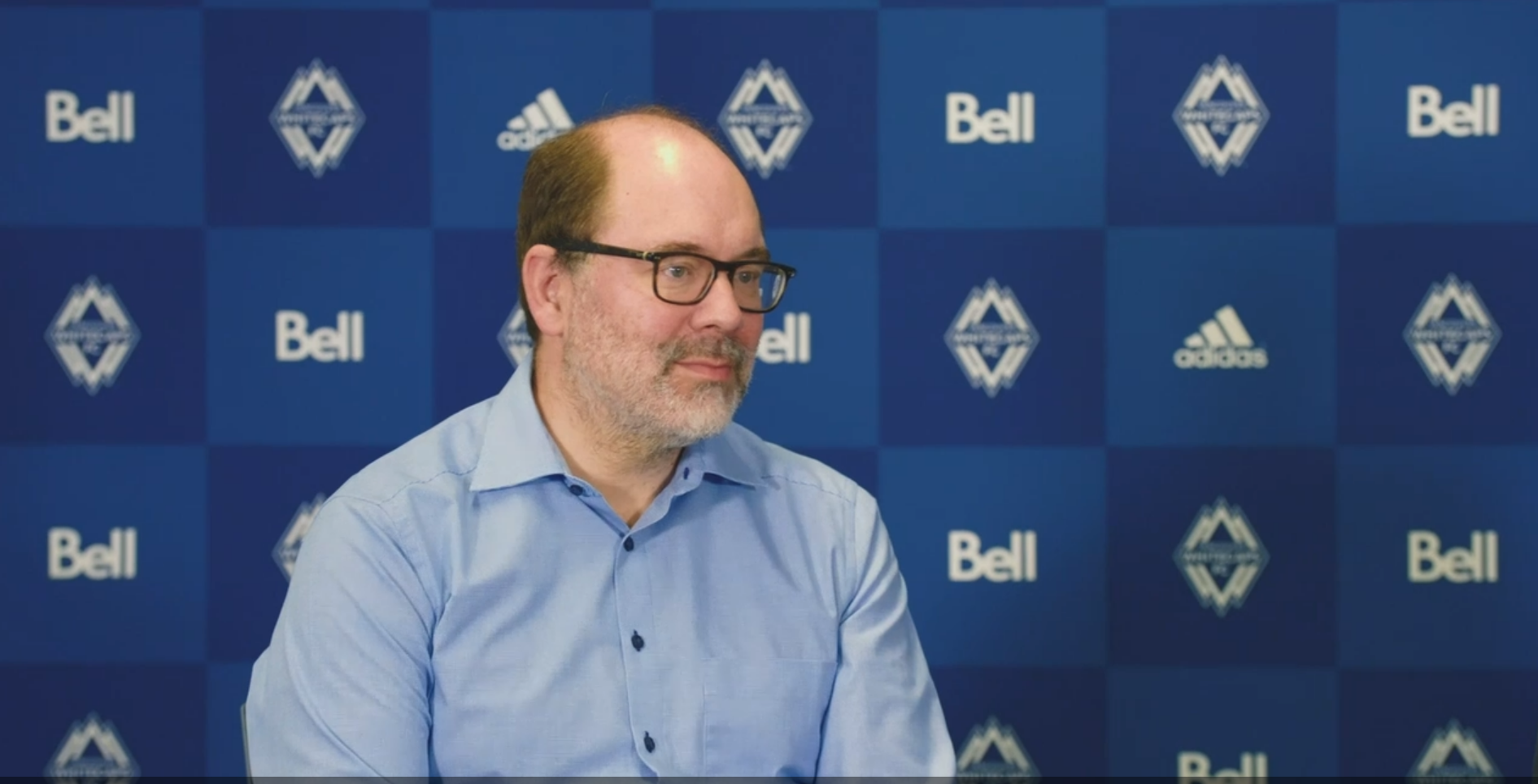 The MLS Cup playoffs are underway but the Vancouver Whitecaps are once again watching from the sidelines.

Just over a week after the Whitecaps’ season ending loss in Minnesota, head coach Vanni Sartini and CEO and Sporting Director Axel Schuster spoke to the media at UBC’s National Soccer Development Centre on Wednesday morning. The club had some highs this season, most noticeably winning the Canadian Championship for the second time in their history. But there were a lot of lows such as the 3-0 home loss to Nashville SC and the slow start to the season which saw the Whitecaps win just one out of their first eight.

Sartini reflects on his first season as Whitecaps head coach

Having gotten rid of the “interim” tag at the end of the 2021 season, Sartini was the Whitecaps full time head coach this past season. Now with a full year under his belt, Sartini talked about what he learned.

“I learned two things,” he said. “The first thing is when you see something that it doesn’t work the way that you think it should work, you have to intervene immediately and to see if the needs to improve a little in order to to make changes and I specifically referred to the start to the season (and) that was very bad to be honest. The second thing is that I’m very emotional, you know that I like to connect with people. When things go bad, you need to be very strong in your convictions and try to work in a more objective way and not in an emotional way.”

“I think we did an OK job, but we need to do a better job to stay the course when things go bad…I learned a lot this season and I want to be better next season.”

“I wasn’t fast enough in seeing that things weren’t going the right way…if we see things aren’t going well, (myself first) we need to make tweaks and changes,” he said.

He was also asked about sticking with three defenders at the back througout the season which was criticized by Whitecaps fans. In September he went to the 4-2-2-2 formation but that is still technically a 3-4-1-2 formation.

“I don’t think we stuck with it too long,” said Sartini. “It’s not the matter of the 3 centrebacks, it was more about exploiting the wide players. When we got back Luis, (Martins) they were much suited for that position on exploiting the quality of Julian (Gressel) offensively. So I need someone who who will defend behind ita nd the fact that Luis is more of a left back then that is a wingback… But he’s very good in defending one on ones and building up play. That’s the reason why we changed. It was more about our wide players, I think when we play back three with where you have to have classic wingback.”

Disappointing season but optimism for the next

“That was not good,” said Schuster on the season. “We’re disappointed about that. Of course, our job is to look into a lot of details why that happened, not looking for any excuses. But we have to look at explanations on why that happened.”

Schuster has been speaking to Whitecaps season tickets holders about the state of the club and many of them like the direction they are taking.

“I have also had also a lot of calls for season ticket holders, I have made me available for everyone who wanted to speak with me, because there are a lot of things going on to discuss,” said Schuster.” “I would say nine out of 10 told me they have been more optimistic than me. They told me that they liked the development, they believe that we’re on the right path. They think that our team this year at the end of the season has been far stronger than the team last year, that actually made the playoffs. So even more reason to look in all details why we have not made the playoffs, we more a responsibility to as what has held us back from making the playoffs.”

Schuster acknowledged that improvements need to be made with the Whitecaps and is looking at the next steps.

“We have also now to be very careful with our decision makings,” he said.”Obviously, it is it is always getting harder, the more you get to the top to to improve things… and we have already done a few things in the background, where we probably can start to speak about very soon. I think I’m optimistic that we do next steps next season.”

Schuster also outlined the club’s plans for next the preseason. He mentioned that the Whitecaps will go to Europe and Palm Springs, California where they will play in a tournament with other MLS teams.

“Everything is on the table”

Schuster was asked about offseason plans.

“At the end of every season, everything is on the table,” said Schuster. “I think we can only grow as an organization that we’re having open discussion. We are also critical with ourselves, we are also open with ourselves, I want to table my decision making as well as Vanni’s, as well as the decision making of everyone else and our players on the pitch and how they have performed and how they have executed match plans, and how players have fit into what we are wanting to build.”

The Whitecaps only won two road games this past season which obviosuly isn’t good enough. Next season will be even tougher for travel due to being in the CONCACAF Champions League and they will travel to face teams in Mexico, Central America and the Caribbean. Schuster spoke about getting players fit and ready for matches on the road and having good startss.

“We are discussing how to approach the next season and the offseason because it is a long offseason and we need to make sure players are held accountable and come back in shape,” he said. “On the medical side, we also had a lot of players out because of small medical reasons. How can we help players prevent that? Or how do can we improve our system so the players coming back earlier can be in better shape? We also had issues with that at some point in the season and we to ientify (if) its a player related problem?or is it an organization related problem? So you see there’s a lot of things to discuss.

On Tuesday, the Whitecaps picked up the options for Gressel, winger Ryan Raposo, midfielder Sebastian Berhalter and goalkeeper Isaac Boehmer. Martins also signed a new deal through 2024 with an option for 2025.

The one player who’s contract is running out and is eligible for an option is striker Lucas Cavallini who led the team in goals with nine this past season.

“Lucas is in a very special situation,” said Schuster. “He’s going to a World Cup. (Hasn’t officially made the team yet but likely will go to Qatar to represent Canada in the World Cup.) He has not played the minutes he was probably hoping for, although he has played far better. To keep him here and have him in our squad, we have to all be on the same page with what his role is. That will still be discussed in the next two weeks because it relates to a lot of things. . What kind of system do we play? What other players do we have? What are the signings we expect to have? That will happen within the next two weeks.”

“We are now in the process,” said Schuster on players that needed options. “We had the first round of conversations with the players last week have been very open and transparent with them about where we are, where we are sitting in our decision making process.”

So it looks like Schuster and Sartini are still evaluating what the Whitecaps have and what they need. Then, the club will make decisions on who to let go and who to bring in this winter.

The Whitecaps don’t need a full rebuild as they have some good pieces, but if they want to go from MLS playoff bubble team to MLS Cup contender, they are going to need to make the right decisions.