Terminal City Thoughts: A look at a few Whitecaps 2 players 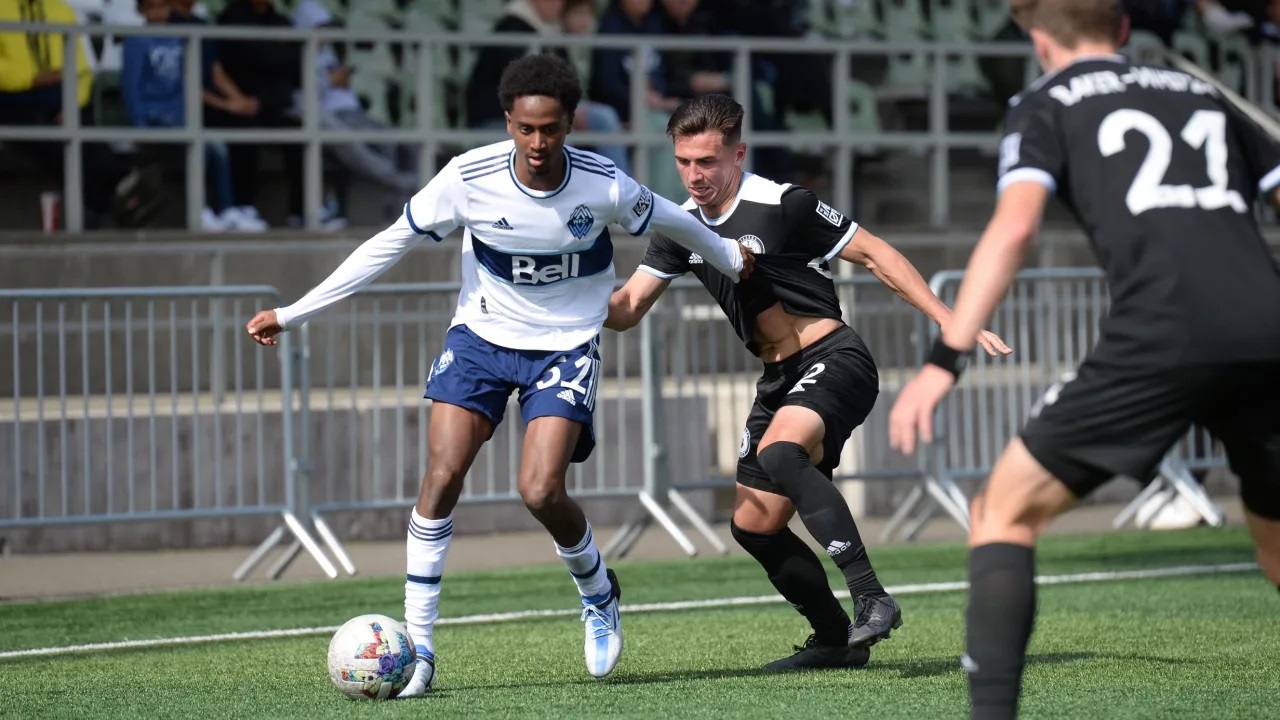 For the first time since the end of 2017, Vancouver had a fully club-run second team this past season. Whitecaps 2 played in the newly created MLS Next Pro league, a league comprised of 21 second teams of MLS clubs and one independent club playing out of Rochester, New York.

In this second part of my review of the Whitecaps’ roster, I look at the players of the second team who could potentially play a role in the first team for the 2023 season.

Obviously, I will not be reviewing every player of Whitecaps 2 as I did for the first article. But I name several who had a key role in the second team over the course of this season as well as a few that had minutes with the first team as well.

And with that, let’s begin.

Isaac Boehmer played 10 of the 24 matches for Whitecaps 2, the most out of any of the players available. In his 900 minutes, he conceded 16 goals with a 12.1 expected goals against (xGA). This means he let in almost four goals more than was expected. He also had one clean sheet during the season.

He also posted a 65.2 per cent save percentage.

While Boehmer holds a supplemental roster spot on the first team, I did not really talk about him last week mainly because his role was with Whitecaps 2.

Boehmer is a big body in the net. He is able to cover a lot of space and is quick despite his size. That was a significant contributor to his decent save percentage, a number comparable to players like Maxime Crépeau with Los Angeles FC (67.9 per cent). It is significantly better than Michael Creek of St. Louis SC 2 (52.8 per cent), the top team in MLS Next Pro’s Western Conference.

But the xGA is somewhat worrying. It puts him in a similar place to Thomas Hasal, the Whitecaps’ starting goalkeeper, who had a 64.5 per cent save percentage but also a negative xGA.

Regardless of what the first team does in terms of their current goalkeeper roster of Hasal, Cody Cropper and Evan Newton, Boehmer should be sent out on loan to a team where he will be guaranteed starting-level minutes. This could be a CPL or USL Championship club. He simply needs consistent game time. While 10 out of 24 matches in MLS Next Pro is alright, it is not starting numbers.

Sending him out would leave players like Max Anchor or Ben Alexander more time with the second team and let them develop as well. It would be a good balance for players to get the maximum amount of exposure.

Campagna’s contract fills a supplemental roster spot with the first team, but he was loaned to Whitecaps 2 for the 2022 season. And he did rather well with his time with the second team.

The centre-back played in 16 matches (starting in 12) and had a good overall season for Whitecaps 2. In just over 1,180 minutes, he posted a success rate of 64.3 per cent in his tackling attempts, a 58.6 per cent in duels won and 60.9 per cent in aerial duels won.

This is something that hurt the Whitecaps’ first team over the course of the season, the ability to play quickly out of the back. It is how head coach Vanni Sartini wants to play, having his defenders transition the ball quickly and catch the opposition off-guard as his wide players run to get onto the long ball and move it quickly to the attackers.

And the majority of Campagna’s passing is forward, which benefits this style of play.

While he may not be ready to play a ton of minutes for the first team, giving him a decent run of between 200 and 300 minutes over the course of an entire season while still having playing time with Whitecaps 2 would be beneficial to his development. He is a player that we should hope to see make that transition to a more challenging environment. And not just a few minutes to end matches. He needs a run; say a few matches with 20–30 minutes. It’s time to see what he has.

When it comes to Ndakala, I would not say he’s ready for the first time just yet, but he is a player I could see going on loan to a CPL club to get experience with first-team football.

He played sparingly with Whitecaps 2 over the last season, but when he did play, he did well. He posted a 70 per cent success rate in tackles and a 59.5 per cent in duels. He also won half of his aerial duels.

Ndakala is also another young centre-back that is good with his feet. He connected with 85.6 per cent of his passes. However, he does tend to look laterally and not forward, something for the player to continue to work on as he progresses.

For Ndakala, I can see two possibilities. First, he could stay with the Whitecaps 2 squad, but see his minutes considerably increase for next season. If he gets minutes similar to what Campagna did this past season (over 1,000 minutes), that would do much for his game.

Aguilar came into the 2022 Whitecaps preseason ready to go after being drafted 49th overall in the MLS SuperDraft. A few of the first-team players were quick to comment on Aguilar’s ability.

He was a top player for Whitecaps 2, starting in 22 of the 24 games of the season. He grabbed four goals from the midfield and a couple of assists.

The player also is defensively efficient, helping out with a 76.2 per cent tackle rate and winning just over half of his duels. As a 6-foot midfielder, he also posted a 65.8 per cent success rate in his aerial duels.

Aguilar is a player ready for more. He is already 24 years old, and playing on a second team will not satisfy him for much longer.

But he has not played at all for the first team yet. A decision will need to be made about whether he has earned a supplemental contract for the Whitecaps. For me, he is a player that could make that jump and earn some depth minutes. But if not, then it may be time to move him along for the sake of the player’s career.

Ahmed was called up a couple of times to the first team over last season. Playing in 56 minutes in total. And he conducted himself well on the left flank.

With Whitecaps 2, Ahmed played in 15 games (started in 14 of them) and led the team in assists with 5. The ability to lead the team while playing just over half of the games of the season is impressive.

What makes Ahmed so dangerous offensively from the wing is his ability to cross the ball. In general, his passing is progressive and highly successful. And he managed to do this while drawing 38 fouls and not conceding a single yellow or red card.

Ahmed is ready for a serious look on the first team. A supplemental contract would be well-earned and would let the Whitecaps loan him back to Whitecaps 2, but also to play more minutes as a depth left-sided player, something he needs in order to progress.

Fry played in every match except one last season for Whitecaps 2. The central midfielder is a decent passer (78 per cent) and in tackles (60.8 per cent), but he finds himself trying to find placement in a first-team with an abundance of midfielders.

Fry is a difficult one to place. He could spend another season with Whitecaps 2 and perhaps be one to get a couple of call-ups during the season. I hesitate to send him away from the club on loan because he has lots to offer. He will have a more difficult job in proving himself as he fights for one of the few positions in the first team.

Current contract: Until the end of 2022

Becher was the goal-scoring leader of Whitecaps 2 with eight over the course of the season. He also scored on his MLS debut against Houston on Aug. 5.

Ongaro did well with the limited time he was with the second team. In just 422 minutes, the 6-foot-6 striker had three goals.

But what makes Becher stand out a little more for me is his conversion rate, 20 per cent over 1,775 minutes, which is quite high.

I think goals will become easier for him as he starts to shoot more. Right now he’s on averaging two shots per 90 minutes.