A sort of overreaction to the Canucks first two games 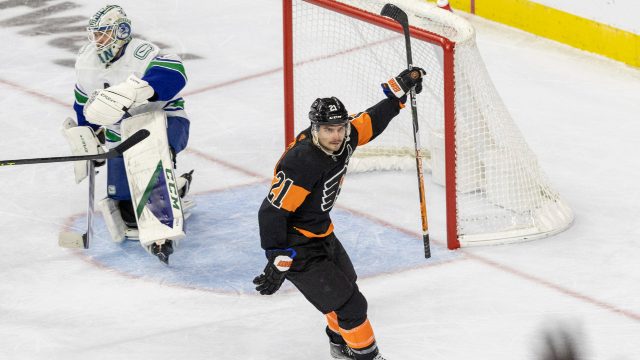 Vancouver Canucks hockey is back! That also means another season of arguing, complaining, hopium taking, nihilism and memes on Canucks Twitter.

The season has not gone to plan at all so far. The Canucks lost 5-3 to the Edmonton Oilers on opening night which saw Connor McDavid get a hat trick. Then it was off to the City of Brotherly Love and the Canucks ended up losing 3-2 to the Philadelphia Flyers.

After just two games, many Canucks fans are like this:

However, others still remain calm and optimistic. After all, it’s only been two games but there are a bunch of things to be concerned about regarding the Canucks. Let’s go over them here and overreact. Screw being rational.

The first is the blown leads. The Canucks led 3-0 in the second period in Edmonton. We saw goals from Elias Pettersson, JT Miller and the first NHL goal from Andrey Kuzmenko.  Cue Michael Rosen saying “Noice.” But the Oilers came back with five unanswered goals. Now cue Michael Rosen saying, actually that wasn’t very nice, actually that was horrible.”

The Flyers are one of the worst teams in the NHL and are expected to finish in the bottom five of the season. Sounds like an easy win right? Wrong, there are no easy games in the NHL. Kyle Burroughs (who had a really good game and looked like Alex Burrows scoring) and Conor Garland got Vancouver on the board in the second.

However, the Flyers (!) were out playing the Canucks and Thatcher Demko was doing everything in his power to keep them in the game. Sound familiar right? It’s Groundhog Day all over again. Actually, it might be Groundhog Year.

It is understandable though not excusable that they blew a lead to McDavid, Leon Draisaitl and the Oilers. However, blowing a lead to the Flyers is even worse because well, they are supposed to be a basement dweller this year. Now we know how Ivan Drago felt losing to Rocky Balboa I guess.

The Canucks are putting their foot on the pedal as soon as the race starts but as soon as they get to first place, they fall asleep behind the wheel and crash. Obviously, blowing leads can’t be a theme of the season if they want to make the playoffs. Just two games in, it is concerning and very unacceptable that it has happened.

The power play looks as stale and predictable as it did in the first two months of last season. (At 1/13 two games in.)There is too much passing and not a lot of movement. Also, the Canucks have given up two shorthanded goals in two games. (They gave up six last season in case you’re wondering. )

Then we have the penalty kill which has given up four goals in nine attempts. It seemed like the Canucks played the entire game on the penalty kill in Philadelphia yet managed to give up just one goal shorthanded. In the game in Edmonton, the Canucks were doing a lot of puck-watching on the PK and weren’t moving and attacking the puck carrier. Again, sound familiar? Yeah, I know they were facing McDavid and Draisaitl but still.

There are a bunch of disappointing players.

Let’s start with Miller. He has been on the ice for all eight goals against. That isn’t good at all. He has looked poor defensively and has made some really bad turnovers. Oh, and his eight-year deal kicks in next season! Well, I shouldn’t be shocked at Miller not backchecking, he’s more of an offensive player anyway and has never been known for a two-way game.

Bo Horvat looked invisible and it takes me time to realize he was playing. Nils Höglander has looked disappointing especially since he looked good in the preseason. Höglander was bumped down to the fourth line at practice on Sunday. Dakota Joshua hasn’t been the tough guy as advertised so far, he looks slow.

Then we get to the defence which also looks as bad as last year’s. The defensive core is getting beat so easily, especially on the rush. Maybe they should have fixed the defence in the summer. The only new guy they brought in on the blue line was Riley Stillman from the Chicago Blackhawks who was acquired last week for Jason Dickinson and a 2024 second. By the way, Dickinson scored two shorthanded goals and managed an assist in his first game as a Blackhawk. *Insert Joaquin Pheonix Joker laugh here*

The Canucks look similar to last year’s team and the years before that. The special teams and defence look poor and the offence has been inconsistent while goaltending bails them out. If this continues, it will be a disaster of a season.