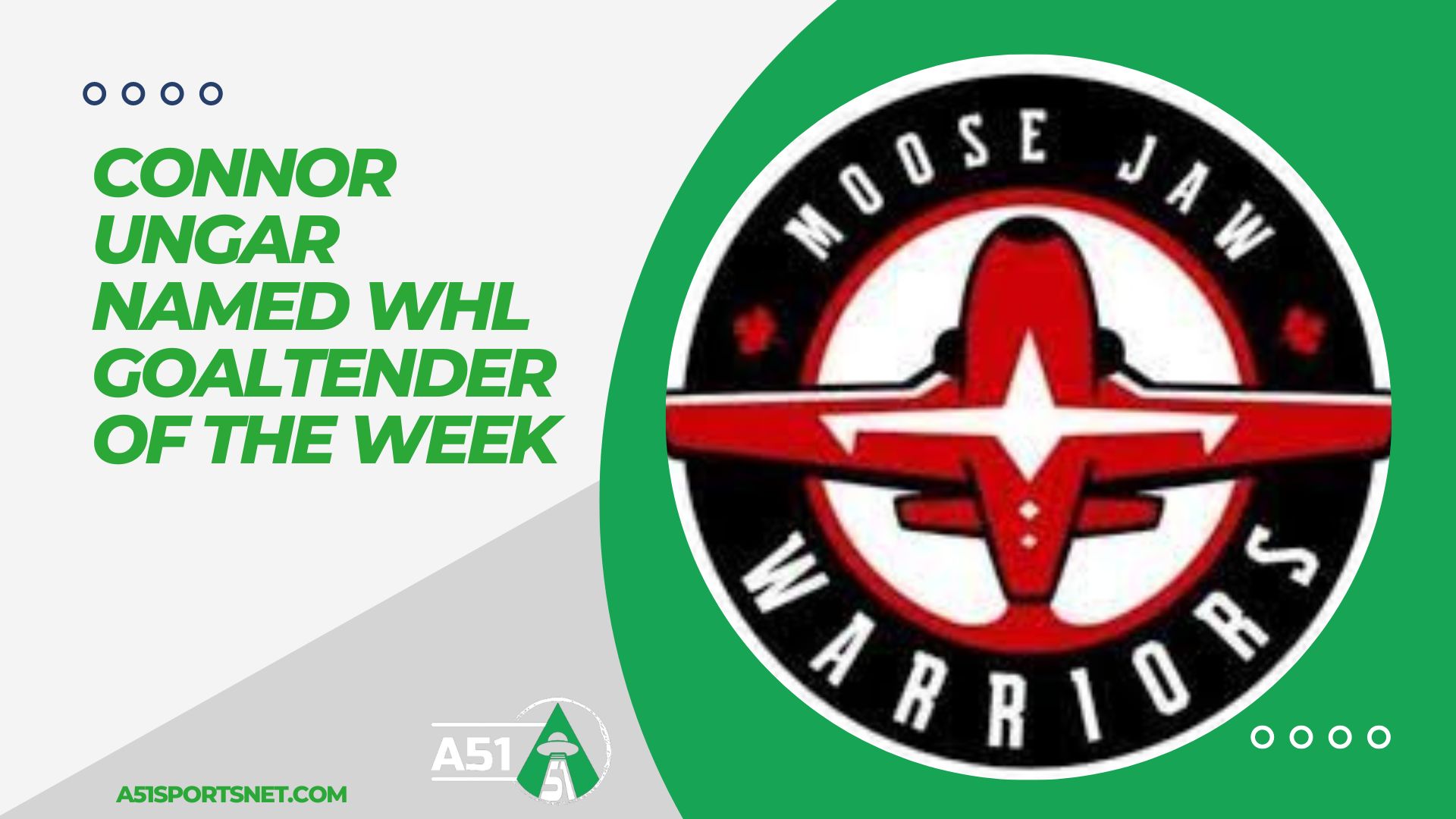 Moose Jaw Warriors goaltender Connor Ungar has been named WHL Goaltender of the Week for the week of October 2-9.

Ungar has had an impressive start of his season, recording a 2-0-0-0 record in three games played. He ended the week with an outstanding .979 save percentage and 0.80 goals against average. He earned first star in his first game of the week, notching 40 saves in a 3-1 win over the Saskatoon Blades.

He again earned a star for his performance after leading the Warriors to a 4-1 win over the Winnipeg ICE, a team who had gone undefeated so far this season. He saved 26 out of 27 shots.

The 2002-born goaltender was drafted by the Brandon Wheat Kings in the 2017 WHL Draft, and made a handful of appearances with Brandon before moving to Red Deer. He played a total of 34 games with the Rebels; he was traded to the Moose Jaw Warriors in 2022 in exchange for Warriors goaltender Kyle Kelsey. With the Rebels, he had 2.43 GAA and .911 SV%.

Connor Ungar shares the net with Jackson Unger. The two and the Moose Jaw Warriors will take on the Red Deer Rebels on Friday, October 14.