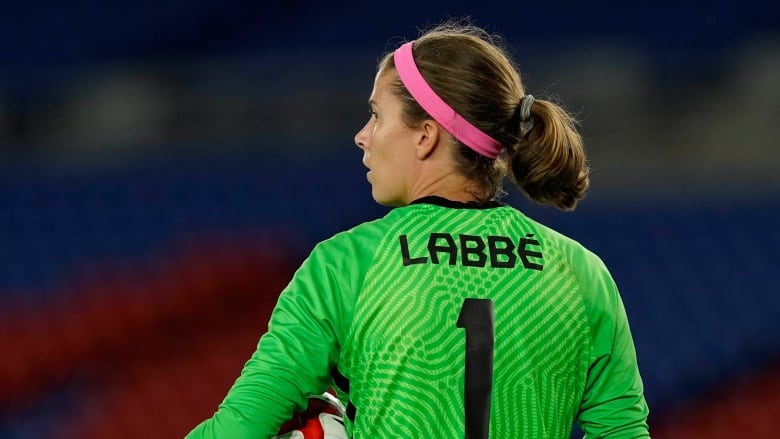 The Vancouver Whitecaps have named Stephanie Labbé as their new general manager of women’s soccer, a new position within the club. Both Labbé and CEO and sporting director Axel Schuster made the announcement on Oct. 6 to media and fans.

Labbé is a household name in the world of Canadian football. She was a part of the winning team for Canada at the 2020 Summer Olympics and had previously won bronze at the 2016 Summer Olympics. She also won the 2020 NWSL Challenge Cup with the North Carolina Courage.

In finding the right person for the job, Schuster said he wanted a “young, energetic and high-skilled leader” for the role.

“[Labbé is] someone who has a voice, who is not shy of having an opinion and will help us to develop our girl’s and women’s sides, somebody who will lead it in a different way in that is was ever led before,” Schuster said.

He also acknowledged his hope that the hiring will be viewed as a signal of the direction the club wants to head.

“[She is] somebody who should also help us connect back to groups that maybe have been disconnected with the club because they were wondering if we’d do everything right. They were not 100 per cent convinced what kind of direction we’d go.”

From goalkeeping to general manager

Labbé spoke about her excitement over the new role, how the transition from her playing career unfolded, what she hopes to get done and what changes have been made and what still needs to be made.

“I’m extremely excited for this position,” Labbé said. “I’m excited to reconnect to this club…back to the fans who support this club. Because at the end of the day, this club is nothing without the players and the fans. And we have to maintain that connection.”

She said a role within the organization has been discussed for a while now.

“Axel and I first started speaking earlier in the year. And I’ll be honest, I pushed him back a little bit. I was still finishing off my playing career. So, I told him, ‘We’ll chat after my last game.’”

Labbé said the negotiations and conversations over what the role would entail have been “a long-time brewing” and that she is ready to get to work.

But what exactly will that work be?

“First and foremost, it will be to continue to overseas and manage the current programs that the Whitecaps women already have, specifically with the academies across the country and the League1 [BC] team. Pushing for continued level of professionalism environments, to create-performance environments in all aspects. And then secondary…pushing for the professional landscape in this country, being a voice for the Whitecaps to be at the table in all those conversations.”

And it is that professional landscape that has her excited the most for the future of the women’s game.

“My biggest focus and ambition is to help coordinate and bring a professional league to Canada for women,” she said. “I believe truly that is the best step forward for this country… To create a domestic league and provide opportunities for them to have the choice to stay home will not only give them that opportunity, it’ll give opportunities for all of the youth growing up to aspire to a dream to play in that league.”

Labbé said she wants to actively work to bring a domestic women’s league to Canada because not only do players deserve it for their development, fans do as well.

“There is a high level of urgency. I think looking back after the 2012 Olympics when the US won gold, I believe it was the next year when they watched the NWSL riding off of that wave, Labbé said. “Soccer is on the rise on both obviously on the men’s and the women’s side. So, we have to take advantage of that and use the time right now to get this done.”

The elephants in the room

Labbé also answered questions regarding why she chose to become a part of the Whitecaps’ organization given past controversies. The Whitecaps hired and later quietly let go two coaches who were involved in a series of abuses conducted on players. Of the executive team that oversaw that period for the club, two were revealed only earlier this week to still have active roles.

In response, Labbé said she is excited to be an advocate for change and a voice for those who may not feel comfortable or safe in expressing theirs.

“I will speak up when I see things that should be changed or should be talked about. I’m happy to have open and transparent conversations. And I know the club has taken some big steps in hiring some new positions to continue with pushing the club forward and a safe sport place in this country.”

She pointed to the hiring of Samantha Jean head as the club’s new director for sport safety and education as one such change.

“I think that’s a huge step for this club moving forward,” she said. “And I think their confidence to bring in someone like me who they know I will challenge things and I will stand up for the victims. And I will make sure this club is doing right.”

The Yates Report, NWSL and US Soccer

In beginning her introduction, Labbé wanted to acknowledge the release of the Yates report in the United States over systemic abuses in women’s soccer in the NWSL and national programs.

“As a player who played in that league and has grown up in the women’s soccer world, abuse was unfortunately very, very prominent. And as a player, there was a culture of silence,” she said.

Labbé said credit must be given for the bravery and courage of everyone who shared their stories. She also cautioned that what happens in the United States also happens in Canada.

“It happens in Canada, not just with soccer, in all sports. And I want to show that I’m going to be a voice to continue to advocate for athletes to have safe spaces to speak about these issues because abuse has no place in our sport, in any sport, in Canada.”

But she ended positively, stating that she will fight for necessary change.

“I promise to do my absolute best, to take this club in a completely new direction, to stand up, to have the hard conversations, to enforce transparency and honesty moving forward,” Labbé said.