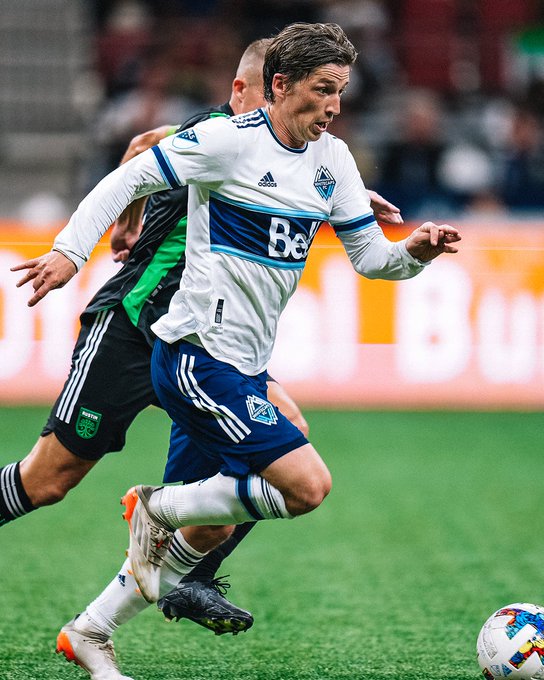 We have got a lot to cover this week so let’s not waste anymore time and get into it.

I would have said you were insane if you told me a month ago that the Whitecaps would just need a win on Decision Day to make the MLS playoffs. But here we are.

A month ago, the playoff odds for the Whitecaps were at 3% according to FiveThirtyEight.Com. Now, they are at 27% but that should be 50%.

The Whitecaps decided to get hot at the right time as they have won three straight games. Ryan Gauld has been leading the charge with six goals and eight assists for 14 goal contributions (just call them points for crying out loud!) in his last 14 games. The Scotsman is by far the Whitecaps’ best player and their MVP this year.

20-year-old Ecuadorian Pedro Vite has come alive in the past few games and head coach Vanni Sartini has the team playing a 4-2-2-2 formation. But that is actually a hybrid version of the 3-4-1-2. However, this formation allows players like Vite, Gauld and Julian Gressel move around more freely as we saw in the Whitecaps 2-0 win over Austin FC on Saturday

Not only did they win that game but everything they needed to happen on Sunday happened. LAFC beat the Portland Timbers in stoppage time to win the Supporters Shield and the Seattle Sounders lost 1-0 to Sporting Kansas City. Seattle will not be in the playoffs for the first time in their 13-year MLS history. That is wild.

As a result, all the Whitecaps need to do is beat Minnesota United in St. Paul on Sunday and they are in the playoffs!

To the tune of Dua Lipa’s One Kiss “One win is all it takes.”

To make things even crazier, the Timbers will be playing Real Salt Lake on Sunday and the winner of that game also goes to the playoffs. MLS is wild.

The Whitecaps have a poor road record at 2-10-4 but Minnesota United have gone 0-5-1 in their last six games. A bad road team and a team that has been struggling lately face each other for a playoff spot, it doesn’t get more exciting than that. The Whitecaps need to win, they can’t draw. If they do, Minnesota heads to the playoffs and Vancouver’s season is over.

It already has the vibe of a playoff game for the Whitecaps. They have to treat it like on because their season is literally on the line.

We got some Whitecaps news that is off the pitch and are important to discuss.

The first is CEO and Sporting Director Axel Schuster has signed a four-year contract extension.

Schuster first came to Vancouver in 2019. He came into a tough situation. The Whitecaps were coming off a terrible 2019 campaign. They finishd last in the Western Conference and second last in the entire MLS. Also, there was a sexual abuse scandal that was hanging over the Whitecaps that left a black eye over the organization. More on that shortly.

But Schuster has come in and to his credit, has done a good job steering the Whitecaps in the right direction. It hasn’t been perfect and there is still a long way to go but he has been a bright spot in a rough few years for the club.

Schuster and recruitment director Nikos Overhaul have brought in some quality players such as Gauld, Gressel, Brian White and Andrés Cubas. Schuster has also overseen the the recruitment and development of the club and the academy.

Does he deserve the extension? Absolutely. Does he need to do more to make the Whitecaps a contender? Absolutely.

So the Whitecaps also announced that Greg Anderson, who was one of the four executives that was put on leave about a year ago because of their role in the sexual assault scandal. With him gone, that is two that are gone.

But two are still with the club and they are Bob and Dan Lenarduzzi. Dan is listed on the Whitecaps website as Advisor, Academy Centre while Bob is a Club Liaison. Bob was the club’s president until 2019 and Dan used to Vice President of Soccer Development. It’s disappointing but at the same time it is kind of not surprising.

Bob Lenarduzzi is a Whitecaps club legend and his name is synonymous with them. But he, his brother and the other two executives have ruined their reputation and legacy due to their involvement in covering up the sexual assault scandal with Bob Birarda.

The Whitecaps have lost and are losing season ticket holders because of this. Support for the club in general is also dropping. It is sad to see.

If the Whitecaps also got rid of the Lenarduzzis, it would be the start of healing. (There is already the Safe Sport stuff and improvement of the club’s policies but this would have been the start of closure) But them being still with the Whitecaps leaves a black mark of abuse and trauma that went on for years.

With the Lenarduzzi’s still around, the bad culture still lingers. There isn’t much signs of change and need for safety in the club. It’s embarrassing.

The Whitecaps wouldn’t be able to heal and move forward with the Lenarduzzis at the helm. It just shows that they failed the victims and don’t really have the desire for change.

It’s really sad that this kind of stuff happens a lot in sports. Yesterday, the Yates Report came out and it detailed abuse in the NWSL. US Women’s captain Becky Sauerbrunn had strong words about it.

There is also that stuff with HockeyCanada which is equally disgusting especially considering the fund that was set up to cover the abuse.

Sports can be fun but at the same time, they are not.

The Vancouver Canucks preseason continues and so far, still winless.

They lost 7-2 to the Edmonton Oilers on Monday night and the effort was kind of lacking again at some parts of the game, especially near the end. Head coach Bruce Boudreau wanted to see more effort but he only got to see some of it.

To be fair, the Canucks were icing a lineup of mostly AHLers and it is preseason after all. Christian Wolanin looked good. He stopped a two-on-one and assisted on Nils Höglander’s goal. Höglander has had a good preseason and he really is showing he can battle for the puck.

One guy I expected more of in the preseason is Will Lockwood. He hasn’t been noticable unfortunately. I kind of expected more from Danny Dekeyser. He and was released from his PTO on Tuesday as part of 13 cuts. Lockwood was also one of those cuts.

Canucks fans are not happy with the preseason performance but it is understandable. Fans want to see effort and the team’s effort hasn’t been great. But remember, this is preseason and the games don’t really matter to much. It’s OK to be not happy with preseason loses but don’t too much stock into them. But if they start like this in the regular season, sound the alarm bells.

So it is official. The Toronto Blue Jays will be facing the Seattle Mariners in the AL Wild Card round. So this is the Vancouver Civil War. Two factions get together: Jays fans and Mariners fans. This is going to be great for the Canucks Twitter baseball fans. Many on my feed are Blue Jays fans but some are Mariners fans but others are fans of teams like the Chicago Cubs or New York Yankees.

I think the Blue Jays can sweep the round (slight bias as a Blue Jays fan here) but we cannot underestimate the Mariners. They are a feel good story as they made the playoffs for the first time since 2001. They have got an ace in Luis Severino, who will be starting game one. Seattle also has one of the brightest young stars in baseball in Julio Rodriguez.

The Jays are 2-5 against the Mariners this season. Toronto has been inconsistent all year. They hit, the pitching sucks. The pitching is good, the bats go quiet. It also took Bo Bichette until September to get hot, better late than never. Alek Manoah has for the most part been really good on the mound.

Again, I am a Jays fan. Now, you might be calling a hypocrite for calling out Toronto media and how they shove Toronto teams down our throats and don’t care for local content. I agree that Vancouver or any other Canadian city should not be forced into become Blue Jays fans because Rogers says so. The Blue Jays are not “Canada’s Team” and will never be.

But I might have said this before, I am a Blue Jays fan because of Jose Bautista. He was the first baseball player I really loved and my interest in the sport grew with the Jays 2015 playoff run. With the Blue Jays being on TV all the time, I practically became a victim of the corporate brainwashing. Does this mean I support Toronto media? No, I support the Blue Jays as a baseball team.

Yes, the media needs to stop shoving them down our throats. Good thing Sportsnet 650 does not have a dedicated Blue Jays who but they have a Toronto Raptors show. It’s sad to see local media slowly being killed off by Toronto corporations.

Back to baseball. This should be a fun series. I’m also stuck as a Jays fan for life. That is until Vancouver gets an MLB team but I don’t that will happen in the near future. Anyway, bring on this series and the MLB playoffs. That is when baseball is at it’s best.

Check back next week for more Avid Thoughts! You have no idea how long it takes for me to write these so I’m grateful that you are reading them.