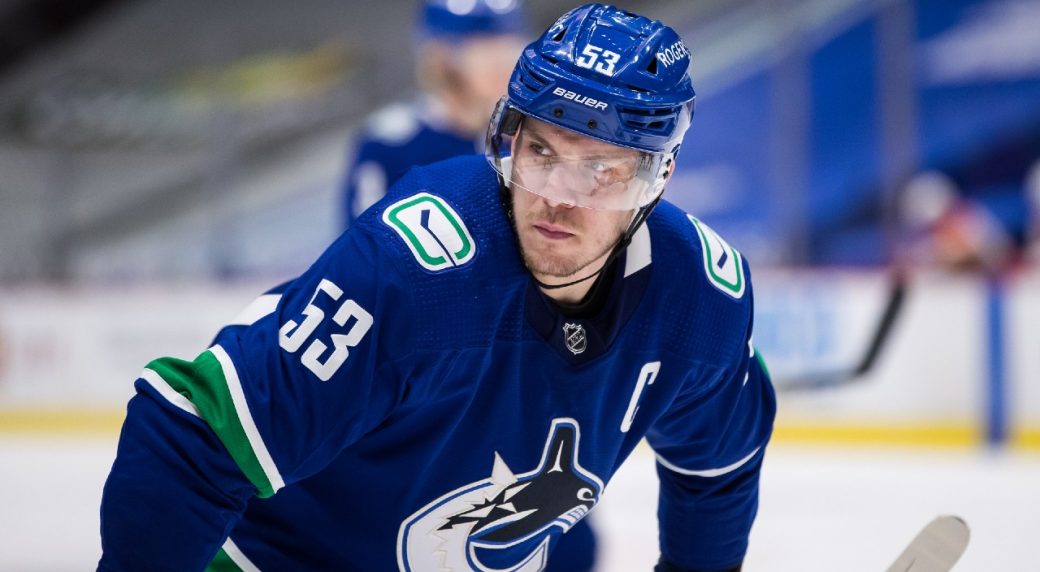 All summer the biggest topic surrounding the Vancouver Canucks was JT Miller. Will he get traded or not? What could the Canucks get back from him? Or will he sign an extension?

We got our answer on September 2nd as Miller signed a seven-year contract worth eight dollars million a season that takes effect in 2023. That move divided Canucks Twitter which isn’t a surprise.

Now a big story in Canucks land is Bo Horvat. The Canucks captain’s contract worth 5.5 million dollars a season is up in 2023. So, he needs a new deal.

The 27-year-old is going to want a raise. His current contract is a pretty good deal, he signed it shortly before the 2017-18 season.

When he was drafted by the Canucks ninth overall in 2013, Horvat was seen by many fans as a potential Selke winner and possibly the second coming of Patrice Bergeron. (I was one of those believers) He hasn’t lived up to that potential as his defensive game isn’t that great. However, Horvat has proved to be a very capable offensive player and a really good faceoff guy.

Horvat is in his prime. Last season, he reached the 30-goal mark for the first time in his career. He’s got a few good years left in him and it is totally reasonable he is going to want a lot of cash and term.

Reports from a couple of weeks ago have said that Horvat and the Canucks are not close to a new deal.

Sportsnet insider Elliotte Friedman made his weekly appearance on Donnie and Dhali: The Team on CHEK TV on Monday. He spoke about Horvat’s contract and made a comparison.

Sean Couturier signed his eight-year contract extension with a 7.7 million dollar AAV with the Philadelphia Flyers in August of 2021 and the contract takes into effect this season.

Horvat at best is a second-line centre and a really good third-liner. Couturier on the other hand is a first liner. But it is hard not to see why they are comparable. Both Horvat and Couturier have a career points per game rate of 0.63.

Of course, the big difference between the two other than where they are in the lineup is that Couturier is much better defensively than Horvat. In terms of offence, Horvat’s career high in points is 61. (2017-18) Couturier’s career high is 76. (Both achieved in 2017-18 and 2018-19)

I wouldn’t give Horvat what Couturier has. While Horvat is a good hockey player, Couturier is a better one.

Let’s look at a couple of more comparables.

The one that I often look at regarding Horvat’s contract is Brayden Schenn of the St. Louis Blues. Schenn will be starting the third year of an eight-year deal worth 6.5 million dollars per season. He is a player that has put up at least 50 points in six of the last seven seasons.

Schenn has a career PPG rate of 0.67. He signed his extension a few months after helping the Blues win the Stanley Cup in 2019. 6.5 million is not bad at all but the years may raise some eyebrows. Schenn was 29 when the extension kicked in.

He is a good offensive player who can drive play and defensively, isn’t bad either.

If Horvat wants to take a discount, he likely would want more term. 6.5 for Horvat is reasonable but to give him eight years would cause some Canucks Twitter arguments. While Schenn is the better player, it is hard not to see why they are comparables.

Another comparable is Burnaby native Ryan Nugent-Hopkins. Nugent-Hopkins is loyal. He never complained and just put his head down and focused on hockey during the Oilers’ very dark years. Nugent-Hopkins is so loyal he took a pay cut to stay in Edmonton long-term. (His previous contract’s AAV was six million) The Oilers centre signed an eight-year team-friendly deal worth 5.12 million dollars in the summer of 2021.

RNH is a solid offensive centre. His point-per-game rate is 0.73. He is a guy who is reliable on both ends of the ice. While RNH is a better two-way profile than Horvat, both are second-line centres that are also good on the power play.

I don’t think Horvat would be willing to take a pay cut to stay with the Canucks, especially after what Miller got. However, the term here is the key thing. Horvat will definitely ask for max term even if he does take some sort of discount.

What I would do regarding Horvat’s contract

As mentioned above, I would not pay Horvat Couturier money. So what is my maximum number for Horvat? It is 6.5 to seven million dollars. Anything over seven million is a no from me. Actually, 6.5 should be the maximum.

Yes, the Canucks have great depth down the middle with Elias Pettersson, Miller and Horvat. But paying Horvat, who will mostly play on line three at least seven million isn’t ideal.

For the record, I like Horvat and always had. I like what he brings and I do think he is a good captain. I would like the Canucks to keep him but sports are a business and you have to accept players that you like may leave one day.

If the Canucks can’t find a deal soon, then they might as well trade him. Yeah, more trade talk, I know. But Horvat’s value is at its highest right now, especially considering he could put up more offence this season. After all, they could get that right-handed defenceman they really need.

There will be a dilemma if the Canucks end up having a great season by the deadline, do they trade him? It’s very unlikely but if the season goes into the gutter by then, they could.

I want the Canucks to sign Horvat to a seven-year deal worth 6.5 million dollars. But I predict the Canucks will go the full eight for 7.5 million.

It is going to be risky extending Horvat but hopefully, the Canucks can find a suitable way to. If not, maybe he’ll be on another NHL team by this time next year.