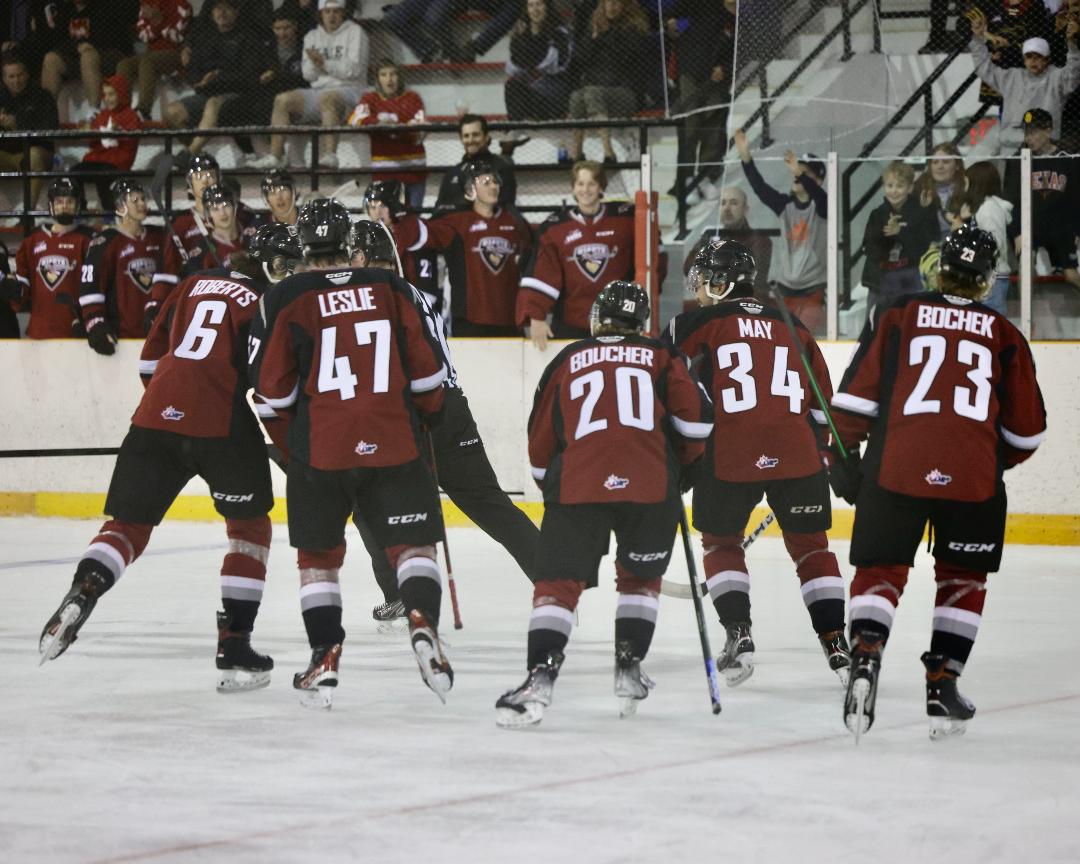 The WHL regular season has finally arrived, and the Vancouver Giants are looking to build off their historic playoff run. The team is entering its 22nd year in the WHL and boasts a lineup that should once again make the playoffs. Fans will also get to experience the 2023 CHL/NHL Top Prospects Game as the event makes its first-ever trip to the Langley Events Centre in January. Here is what the opening night roster will look like.

The Giants’ forward group will stay mostly this season as 11 players will return. The big losses this offseason were Fabian Lysell, who is making the jump to the NHL, Adam Hall, who aged out, and Justin Lies, who was traded to Saskatoon earlier in the summer. To fill the gaps left by these players, the Giants have added Samuel Honzek, who is projected to be a top prospect in the 2023 NHL Draft and Kyren Gronick, who came over in the Lies trade.

Zack Ostapchuk is once again expected to be a major part of this group and is projected to be the teams leading goal scorer by the end of the season. The Giants captain finished with 26 goals last season in 60 games. Other names to watch are Ty Halaburda, Jaden Lipinski and Ethan Semeniuk. All three are entering their draft year and are looking to impress the scouts.

Lastly, Ty Thorpe and Honzek did show some strong chemistry in training camp, with the hope being that they can transfer their strong play to the regular season. This is a good group that is fast, can get in the forecheck and play a physical game. The main question is can they keep up and play 6-5 games, or will they lock down and try to force 2-1 results?

The Giants’ defensive group is where the big changes happened. Both Connor Horning and Alex Cotton aged out, while Evan Toth made the jump to post-secondary and will be playing at the University of Manitoba. These three each played a major role on the blueline, and their contributions will be hard to replace.

This year, all eyes will be on Mazden Leslie as he enters into his draft year. He finished last season with 19 points in 64 games, but his best stretch of games came in the playoffs in the series against Everett. There he showed that he is ready to take the next step in his development. This group is young and will rely on the leadership of Tom Cadieux and Carson Haynes. Lastly, keep an eye on Colton Roberts. One of the training camp standouts, the 6’4″ defenceman looks poised to take the WHL by storm this season.

It will once again be the Jesper Vikman show as the second-year Giants goaltender returns against average of 3.05. He will look to build off a strong postseason that saw him post a 50 save shutout against Everett in the first round and help push their second- In 35 games last season, he had a .903% save percentage along with a goals against average of 3.05.round series to six games.

As for his backup job, there is going to be a strong battle all season. Brett Mirwald was brought in via trade during the offseason from Moose Jaw, while Matthew Hutchison played in three games last season as a 15-year-old. With Vikman projected to play 50 games this season, playtime will be limited, which is why both these goaltenders need to step up when given the opportunity.

The B.C. Division will once again be a tough place for the Giants, especially with Kamloops hosting the Memorial Cup. Prince George should take a step forward, Kelowna is going to be good, and Victoria has always caused Vancouver problems. One added bonus this season is that the Giants will have more variety when it comes to games as they play Eastern Conference teams for the first time since the 2019-20 season. Led once again by coach Michael Dyck, the Giants should make the playoffs but will most likely be slotted in the five to eight seed.

Make sure to keep your eyes on The Area 51 Sports Network, as we will have coverage all season of the WHL and more.