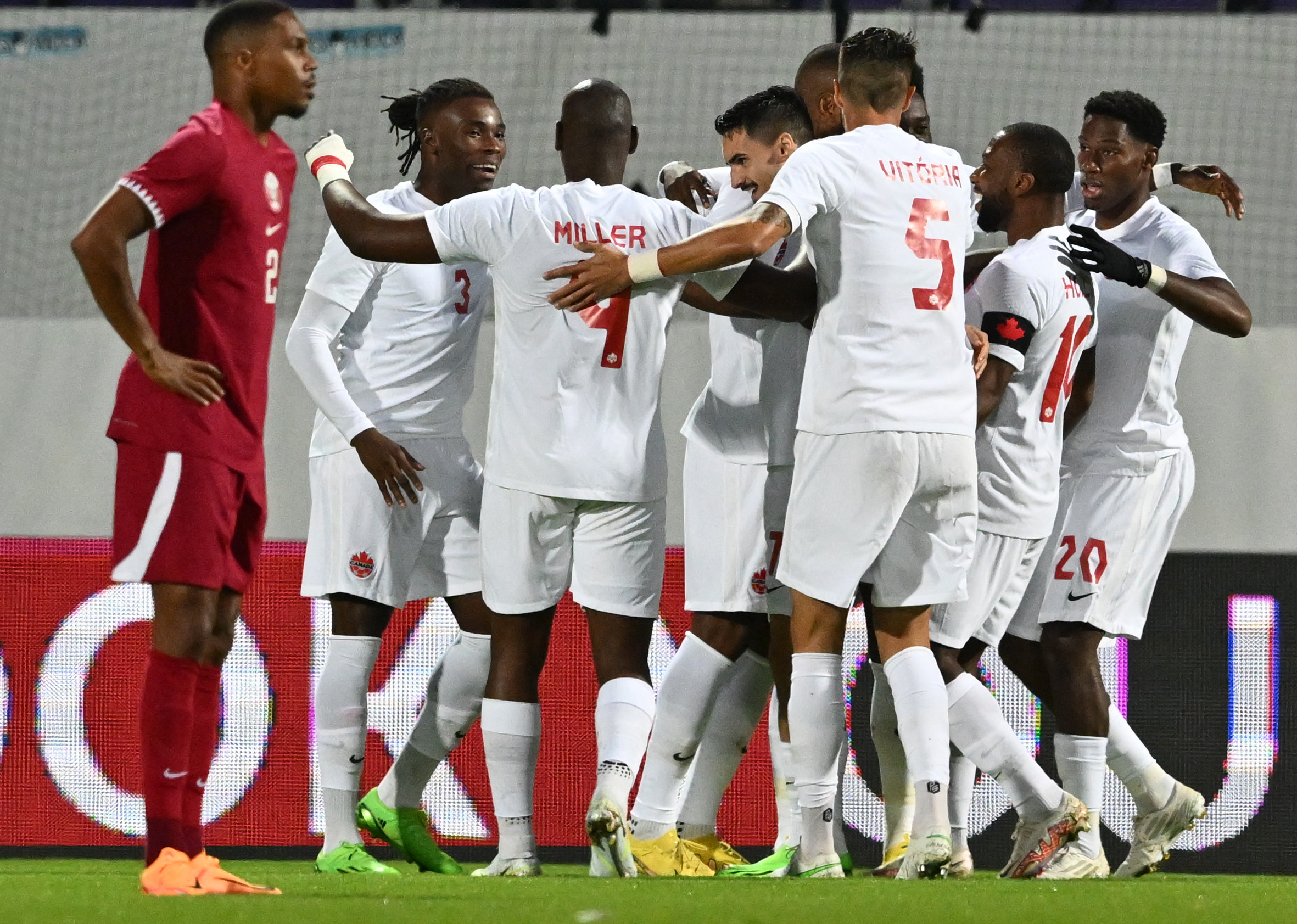 The Canadian men’s national soccer team finally got a taste of competition outside of CONCACAF for the first time in years. The host nation of the World Cup, Qatar, gave Les Rouges the first opportunity in a match that ended 2-0 for Canada.

There was little in John Herdman’s picks that would surprise anyone here. In fact, this was a lineup that could be expected for the World Cup in December.

The attacking strength of Jonathan David, Junior Hoilett, Cycle Larin and Alphonso Davies is the best the men’s team has to offer currently.

And the engine in the middle of the park, Stephen Eustáquio, has the ability to change matches. The centre-back pairing of Kamal Miller and Steven Vitória is also Canada’s strongest.

However, as is true in any friendly match, changes were to be expected. Herdman has only two matches in this brief window to give players as much time together as he can.

Canada did not wait long to get going. Dominating in possession early in the match, Sam Adekugbe received the ball on the left side of the pitch and quickly crossed it into the 18-yard box. Larin got high over his defender and headed the ball past Saad Al Sheeb for the lead.

Milan Borjan was called into action in the 10th minute. He had to be aware as Qatar started to apply their own pressure. The Canadian defence was poor in clearing the ball, which allowed a hard shot to come from Qatar. But for Borjan’s first involvement, he was alert and quick to calm the play.

Canada made it two in the 13th minute. Davies fell in the box from a bad tackle, but before anyone could react, David latched onto the rebound and slotted it easily behind Al Sheeb.

Les Rouges dominated the level of play throughout the half. Qatar was not able to move forward as the Canadian midfield kept stifling them.

Canada also showed their creativity throughout the squad with the passing. More than doubling Qatar’s pass attempts, they connected 91 per cent of them.

Borjan seemed to be getting bored with his lack of involvement. At one moment, he jumped up to play a long ball, about 35 yards out of his net.

The half ended with Canada up by those two goals. It was effective and strong play and bode well for the second.

The second half started how the last ended; Canada jumped onto the ball, winning the possession battle and continued to attack the box.

Canada almost got caught with a quick Qatari transition. It was only the run of Eustáquio that broke up the play at the edge of Canada’s 18-yard box.

Les Rouges regained their possessive dominance, but the game as a whole seemed to slow. Canada seemed more content to sit back and dictate a slower pace to the match, and Qatar did nothing to try and pressure them to change.

A scary moment for Canada occurred in the 58th minute as Davies went down to the pitch and immediately called for aid. He seemed to be holding his right knee or lower leg. Canada used the stoppage to substitute the Bayern Munich player, but many would be left wondering how long this could be.

Richie Laryea came on as part of that change window. He took an immediate opportunity in the 63rd minute off a quality pass from Ismaël Koné, another sub. The attempt was blocked, but the rebound fell to Iké Ugbo. Unfortunately, he was also blocked, but the subs were showing their hunger.

Canada made further changes in what looked like an experiment from Herdman. Several players found themselves in new positions. But the head coach was using this match exactly as it was intended; a tune-up for the national side and a chance to prepare for much more difficult opponents in the World Cup.

Miller had a good opportunity late in the match off a Hoilett free kick. Ugbo had the first header, which was saved, but the Canadian defender jumped up for the rebound. It was strong, but it careened off the crossbar and out of play.

The match would play out without either side making inroads. Canada finished with the 2-0 over the World Cup hosts. It was not a match that tested Canada, but it would be a nice one to have over competition outside of CONCACAF.