Optimism at the forefront for Edmonton Oil Kings heading into season 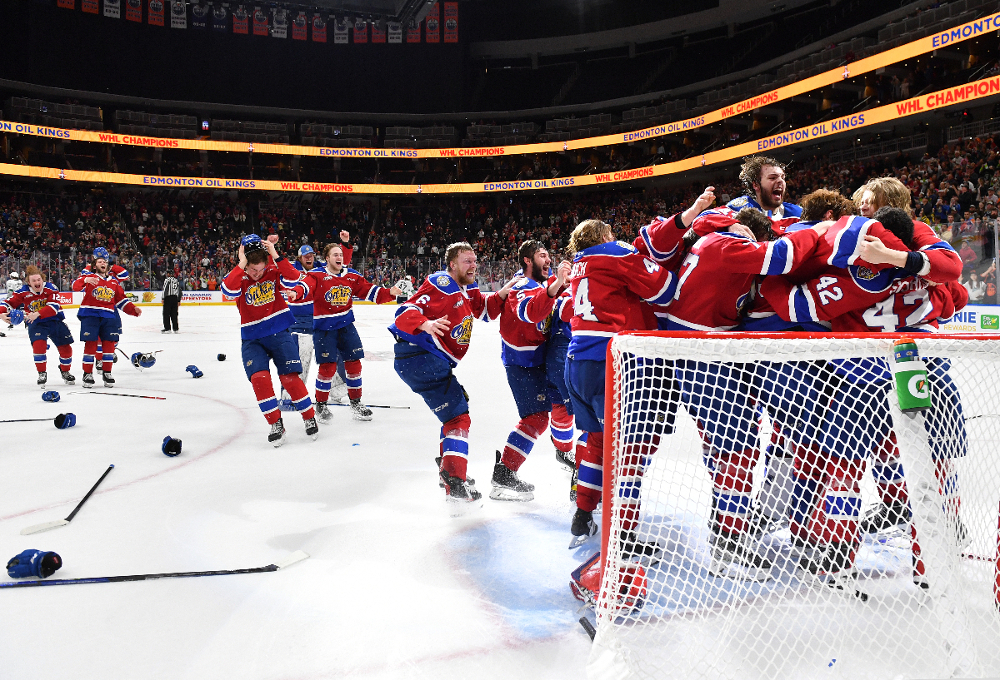 With the 2022 WHL season less than 48 hours away, every team is putting the finishing touches on their rosters and preparations. Newly promoted head coach Luke Pierce and general manager Kirt Hill took to the stage on Wednesday to share their thoughts on the season ahead. It seems the upcoming campaign is teeming with optimism from the Oil Kings room.

In regards to training camp over the last couple of weeks, “exciting is probably the easiest word to describe it” said Pierce. “A little bit overwhelming at times, but I’m lucky to be supported by a great group.” Pierce, being promoted to head coach in the offseason (replacing now-Winnipeg Jets assistant coach Brad Lauer) enters his first regular season as bench boss. Boasting largely the same staff as the season previous, Pierce is confident in his group to succeed.

On the other side of the bench, Kirt Hill isn’t done tinkering with his roster yet; making cuts ahead of Friday’s season-opening contest, including Hayden Wheddon and Rhys Pederson, as well as bringing in Calgary Hitmen forward Mason Finley. “He’s a guy that we’re quite familiar with, having scouted him and not getting the opportunity to select him where we wanted to” said Hill of the late 2004-born player. “I thought he was caught a little bit behind the 8-ball with opportunity … so it was a good opportunity to acquire a player that we think was a little underutilized and has lots of upside in his game.” Finley is one of a few trade pickups for Edmonton, along with Rhett Melnyk and Bryson Andregg from the Tri-City Americans who were dealt for WHL veteran Jalen Luypen.

Heading into Friday, the Oil Kings had lost all four of their pre-season matchups; the first two being at the hands of the Saskatoon Blades, and the others to the aforementioned Hitmen. Pierce says that the preseason isn’t much for results, but more the room for growth. “I thought we played a really good game on Saturday against Calgary”, speaking of a 3-2 overtime loss. “Overall, we started to look like a team that knew what they were doing and had some growth in the stuff we were teaching.”

The importance of progress cannot be overstated, as this is a team that lost plenty of leadership in Jake Neighbors, Dylan Guenther, and Kaiden Guhle, just to name a few. However, players like Jaxsen Wiebe and Logan Dowhaniuk will be looked upon to keep the ship on course throughout this season. Backstopped by Kolby Hay, who backed up Sebastian Cossa last year and attended the Florida Panthers development camp over the summer, takes the veteran goaltender role along with rookie Alex Worthington as his secondary.

This is shaping up to be a very young team with a lot of potential, and the ability to make their own fate not only this season but in the next couple of years. Game one begins Friday, Sept. 23, in Edmonton.