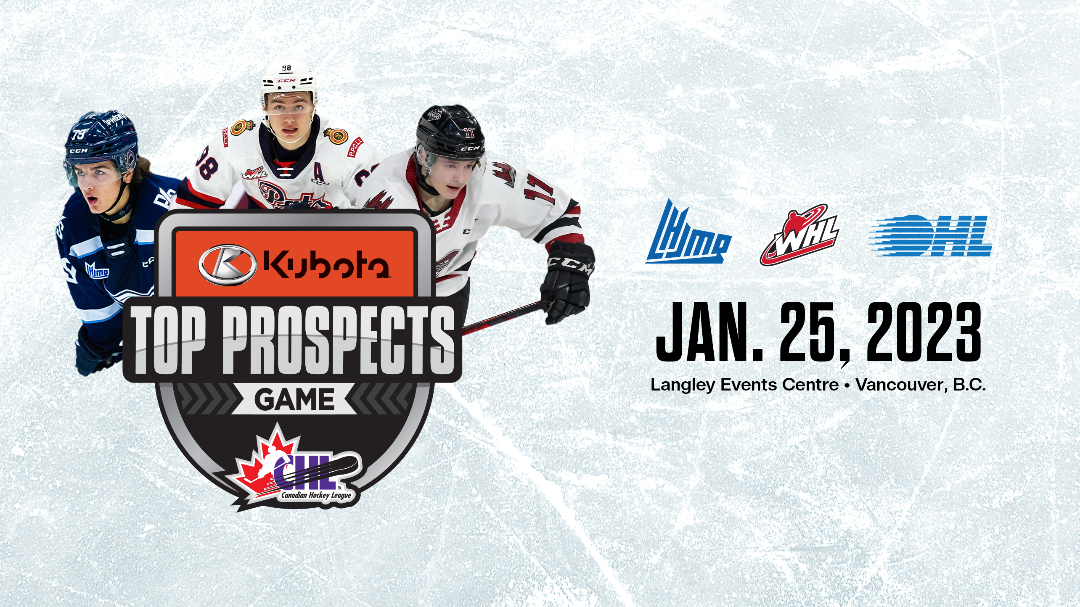 In a press release on Wednesday, it was announced that the Vancouver Giants would be hosting the 2023 Kubota CHL/NHL Top Prospects Game. The annual event features the top prospects from the CHL participating in fitness testing and a head-to-head game. The last time this event was held in Vancouver was 2016 and featured now NHL players Carter Hart, Pierre-Luc Dubois, Jake Bean, Noah Gregor and Jordan Kyrou.

This year’s event is set to be held on January 25th, 2023, at the Langley Event Centre. Some of the prospects expected to participate in this year include Connor Bedard, Brayden Yager, Cam Allen, Zach Benson and Scott Ratzlaff.

The weekend is not just a great opportunity for scouts and NHL personnel to see all the top prospects in one place; it provides fans with a chance to see the next wave of NHL stars before they get drafted into the NHL. Tickets will go on sale in mid-October, so get yours before they sell out.