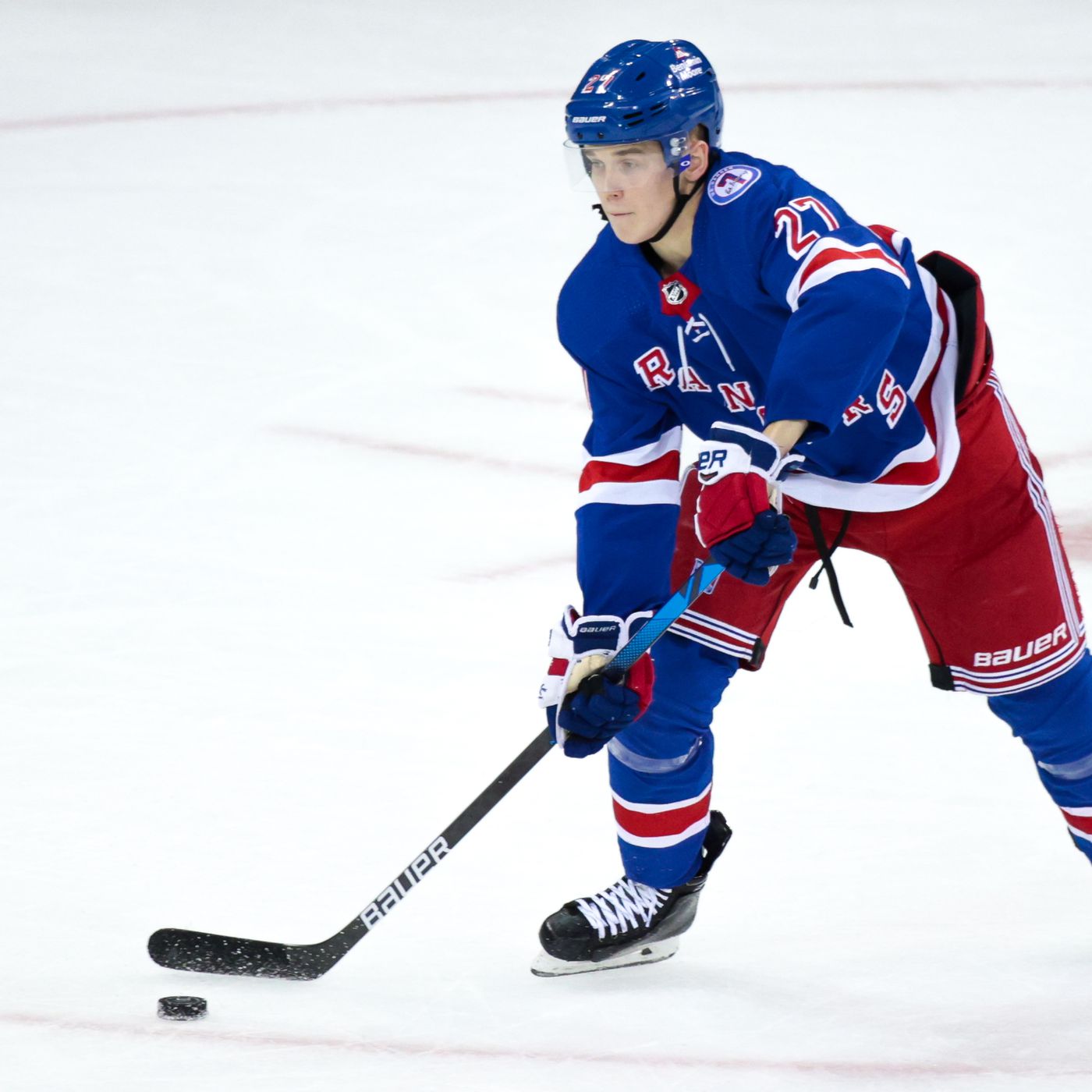 You know what this is, it’s Avid Thoughts with yours truly talking Canucks, soccer and whatever comes to mind. I also write about stories that happened in the world of sports.

So get comfy, get some popcorn ready and let’s jump into it.

Canucks prospect pool is bare but there are some I like

Let’s face it, the Canucks prospect pool is quite shallow.

Remember in 2017 and 2018 when they were ranked in the top five? Those were good times.

You would think a team with the 28th-ranked prospect pool would be a contender. Obviously, the Canucks are not one and the prospect pool not having any blue chip prospects is kind of concerning.

Well, there is arguably one blue chipper in the Canucks prospect pool. That is 2022 first rounder Jonathan Lekkerimäki. He has the potential to be a great offensive player in the NHL and his strongest asset is that he can score goals. However, Lekkerimäki is at least two years away in the NHL. I do believe he can be a good top-six player for the Canucks.

Other than that, there isn’t a whole lot to be excited about.

Sure there is Jack Rathbone who looks like he could make the NHL this year. A lot of us, including myself thought that last year, however. Rathbone only played eight games with the Canucks last season and spent most of the year in Abbotsford. While he has good offensive instincts and skating, Rathbone’s defensive game was something to be improved on.

But it looked like he was too good for the AHL and hopefully, he sticks around in the NHL this time around. We’ll see if the defensive game has improved.

Danila Klimovich is another intriguing name. He was an interesting pick as the Canucks passed on players like Logan Stankoven. Klimovich got 18 points in 62 games in limited ice time. It was an up-and-down season for him. Perhaps no moment of the season was more bizarre when Klimovich was scratched for Abbotsford’s two playoff games against the Bakersfield Condors.

Klimovich has got good skills and a nice shot. But consistency is something he needs to work on.

Those two Here are some Canucks prospects I am high on.

Arturs Silovs: At first, I wasn’t sold on the young Latvian goaltender. But my mind changed thanks to Canucks Army’s David Quadrelli. Silovs is a big and athletic goalie but he lets in bad goals from time to time. He also needs to be more consistent, especially with his stance. I expect him to take a step forward this year with Abbotsford with new goalie coach Marko Torenius

Arshdeep Bains: After a 112-point season with the WHL’s Red Deer Rebels last season, Arshdeep Bains signed an entry-level deal with his hometown team last spring. The Surrey native brings size, skill and grit and some offence. His passing is also pretty solid and he can throw a big hit. I’ll be keeping an eye on him when checking in on the Abby Canucks.

Joni Jurmo: Jurmo had a solid World Juniors and my belief in rose quite a bit. Jurmo is a good skater and can be good defensively but there are times when he makes some silly mistakes in his own end. Decision-making also needs to improve for him

Why is Jake Virtanen still getting chances at the NHL?

When the Canucks bought out Jake Virtanen in the summer of 2021, it was assumed he would never play in the NHL again.

Well, we were wrong, sadly. On Tuesday, the Edmonton Oilers announced they have signed Virtanen to a PTO. Hockey culture never changes. Hockey is an exciting sport to watch but the people running it and the NHL itself are so backward.

I feel bad for all female hockey fans and all victims of sexual assault. Yes, Virtanen was found not guilty but he is not innocent. I believe the victim here.

Oh yeah, the Oilers also have Evander Kane on their team. You know, the Oilers should just wear the orange jerseys all the time because it fits them. Why? Virtanen and Kane belong in a jail cell together, not on an NHL team.

Connor McDavid is the face of the NHL and the best hockey player in the world. Here is what he said about the Hockey Canada sexual assault situation.

Disappointing but not a surprising response from him. At this rate, he’ll say Virtanen is a good teammate or something like that.

Forget all the sexual assault stuff, Virtanen shouldn’t have been given a second chance because he just isn’t a good hockey player. Yeah, he’s got speed. But he always made the wrong decision on the ice and just didn’t look like he cared or wanted to improve. Virtanen’s career peaked in junior and he couldn’t translate his game to the NHL.

It’s very disappointing. Hockey isn’t for everyone. If it was, why are people with a history of domestic violence and players accused of sexual assault allowed to play? I don’t care how good they are at hockey. Playing hockey for a living is a privilege that many can’t have. But that doesn’t mean your actions will go without consequences just because of that privilege.

We have a trade to discuss!

This involves a player the Canucks were linked to. Nils Lundkvist was traded to the Dallas Stars from the New York Rangers for a conditional 2023 first and conditional 2025 fifth.

My take on the trade? The Stars gave up a lot for a player who has potential but is still relatively unproven. They are taking a gamble here and they are pushing the chips all the way in. The Stars have to hope he pans out. They have to hit a home run here.

At 22 years old, the 28th overall pick in the 2018 NHL Entry Draft played in a depth role the past two seasons in New York. Lundkvist mostly played with Patrik Nemeth last season. Defensively, he could be better but has shown flashes of offensive brilliance. He’s got some upside and he could potentially be a solid top-four offensive defenceman. Maybe not a two-way guy but he can if he improves his defensive game in Dallas.

For the Rangers, they win this trade…for now.

If that was the price for Lundqvist, then it is a good thing the Canucks didn’t trade for him. Lundqvist has the potential but I guess GM Patrik Allvin didn’t want to trade a first for him and rightfully so.

Whitecaps beat the Sounders for the first time in five years

The Vancouver Whitecaps have been getting last-minute wins all season. It looks like they are leaving it to the last minute in terms of the playoff race. How fitting for the Cardiac Caps.

The Whitecaps beat their rivals Seattle Sounders at BC Place on Saturday. It was a 2-1 win for Vancouver and a lot of things went ride. Things got nervy near the end but the Whitecaps looked quick and fluid and displayed lots of good ball movement. There was also great defence, especially from Tristan Blackmon and Ranko Veselinović.

I was in eleventh grade and that was the week I got hired by Ticketmaster and worked at BC Place in the box offices for two years. Jake Nerwinski and Russell Teibert are the Whitecaps still here since then and Alphonso Davies was a Whitecap. current Sounder Fredy Montero was also a Whitecap on that day.

Bo Horvat and Brock Boeser are the only Canucks remaining from April of 2017. The Fate of the Furious was the highest-grossing movie at the box office at that time (Fast and Furious movies should have ended at seven) and the number one song on the Billboard charts was Shape of You by Ed Sheeran. (I liked it at first but I grew to hate it after hearing it everywhere.)

So it’s been a while. For Whitecaps fans, that has got to feel good to defeat the Champions of CONCACAF. The Sounders are also fighting for a playoff spot and the Whitecaps might have played spoiler. If Seattle misses, it will be the first time they have missed the playoffs in their 13-year MLS history.

For the Whitecaps, there is the international break and two games left: Austin FC at home and Minnesota United away on Decision Day. The chances are still slim and they are going to need a lot of help on the out-of-town scoreboard if they want to make the playoffs.

But the ‘Caps are not going down quietly and will leave to the end.

Check back next week for another edition of Avid Thoughts!