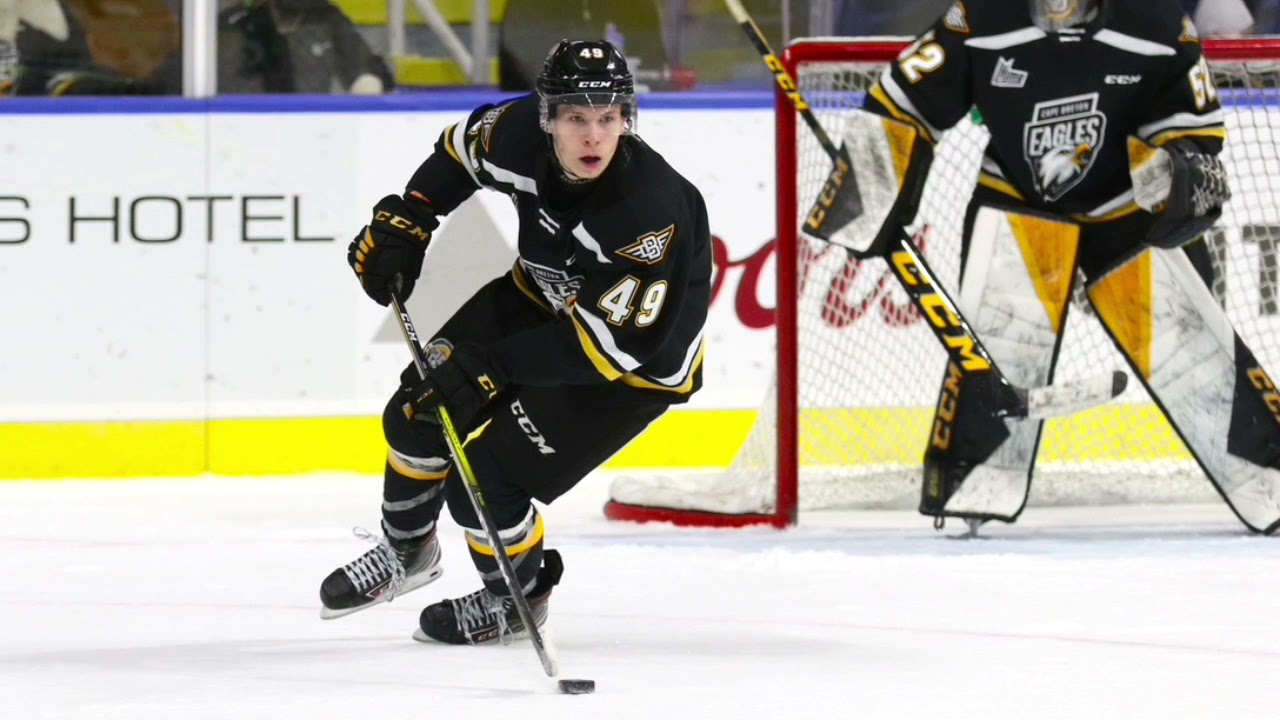 The Cape Breton Eagles assigned letters to their captains for the 2022-23 season ahead of their season opener versus the Moncton Wildcats next week.

Jeremy Langlois was given the captaincy while veteran players Ivan Ivan and Zachary Gravel will wear the patches as alternate captains.

Langlois has been a fixture on and off the ice for Cape Breton since his rookie season in 2019-20, and put up 47 points through 60 games last season. He was selected in the third round of the 2022 NHL Entry Draft by the Arizona Coyotes this summer and attended the team’s rookie faceoff tournament. He has worn letters with the Eagles before, donning the “A” as a 17-year-old in 2021-22. The defenceman is primed to take on an even larger role this season as the team looks to move a step closer toward contention this season.

Ivan Ivan represented Czechia at the summer World Junior Championships in August, only managing one assist through seven games. However, the forward has shown he can play with the best of the stars in the QMJHL, as he put up 65 points through 65 games last season. If he is able to build on his point-per-game campaign, he could be poised for an even bigger breakout.

Gravel is an overage centre who will look to make his mark on the Eagles in 2022-23. He was acquired in July along with 17-year-old forward Jonah MacDonald and a 2023 fourth round selection. In return, the Eagles sent Lucas Canning, Charles Savoie and a pick in round 12 of the 2022 Draft to the Quebec Remparts.

The Eagles kick off their season next Friday, September 23 at home when the Moncton Wildcats pay a visit to Centre 200 Arena.