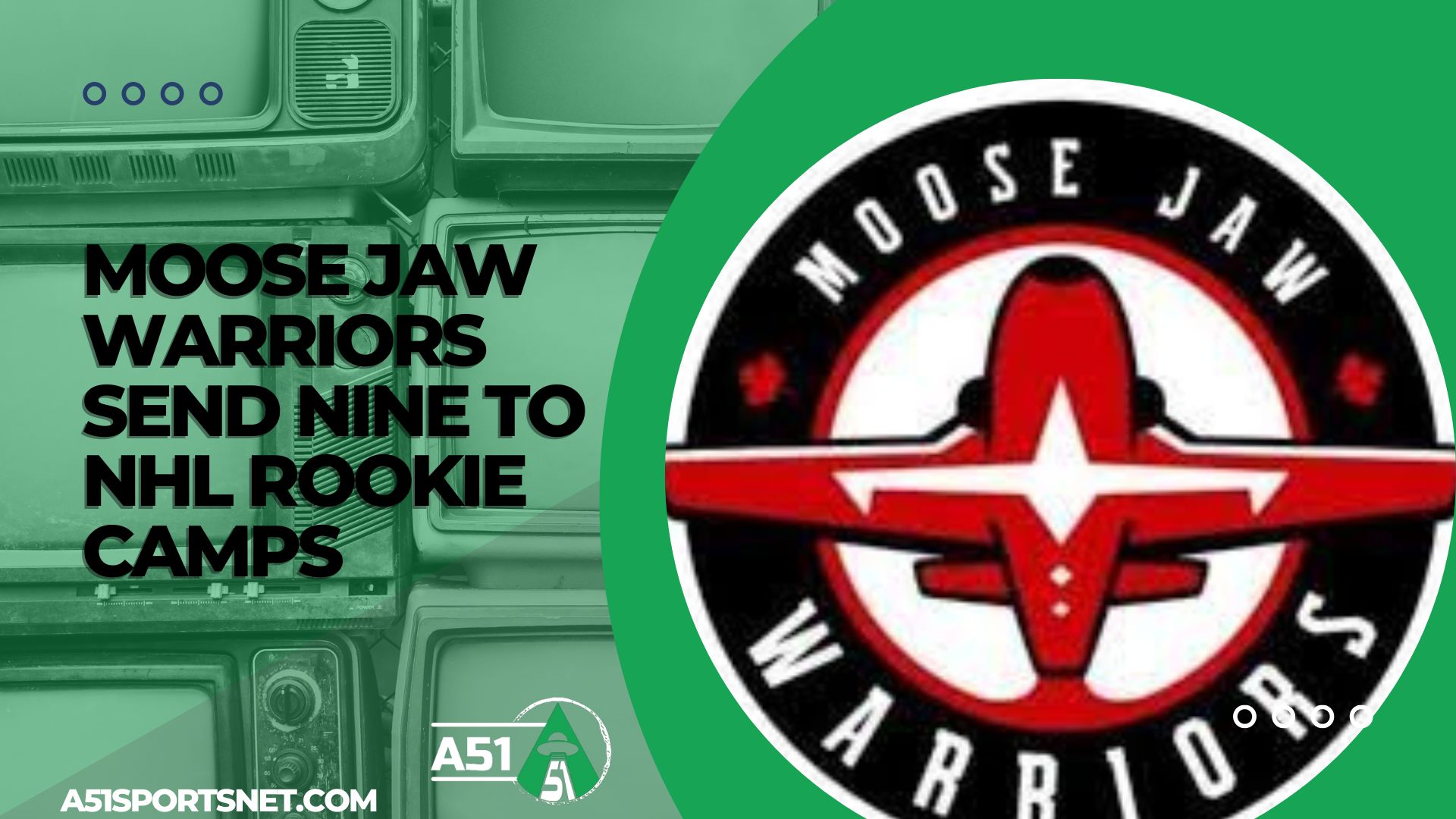 Defenceman Denton Mateychuk, who was drafted 12th overall by the Blue Jackets in 2022, will be heading to Michigan to play in the annual Traverse City NHL Prospects Tournament with Columbus. This will be his first time attending an NHL training camp.

Mateychuk’s name was popular leading up to the 2022 NHL Draft. An offensive defenceman, he is known for his creative play and high hockey IQ. He has a strong passing vision and high shot intelligence and has proved himself a talented defenceman. Although he was projected to go in the mid-20s, Mateychuk’s name was called 12th in the 2022 NHL Draft.

Firkus was selected in the second round, 35th overall, by the Kraken in the 2022 NHL Draft. His name was another one of popular discussion, especially with how well he had done in the 2021-22 season with the Warriors. “Skilled,” “clever,” and “fun” are just a few words that can describe Firkus on the ice. His ingenuity with plays is unmatched by many, and he displays strong skills that can only get better.

Daemon Hunt, the 2021-22 captain of the Warriors, will be hitting the ice at his second NHL training camp with the Minnesota Wild. In the 2020 NHL draft, he was selected in the third round, 65th overall, and has since signed with the team.

Hunt is known for his intricate skating and strong physicality, which translates to a powerful presence on the ice. He is immensely fun to watch and is someone to keep an eye on no matter which team he’s dressing for.

Ryder Korczak is heading to his second NHL training camp with the New York Rangers. The center was drafted 75th overall in the 2021 NHL Draft and signed with the team last season.

Korczak is a talented skater and is consistently recognized for his vision and skill on the ice. He finished the 2021-22 season with a stellar 79 points (25G-54A) in 68 games played.

Jordan was drafted by the Flames in the 2021 NHL Draft, going 141st overall. He’s a fantastic skater and knows how to use his size effectively on the ice without being overtly physical. He reads plays like they were a children’s book, intercepting opponents’ passes and forcing players to the outside with ease.

Jordan only played 36 games last season, in which he recorded 11 points (2G-9A).

Martin Ryšavý will be joining Mateychuk in Columbus for his second NHL training camp. Ryšavý was drafted 197th overall by the Blue Jackets in 2021.

The forward had an impressive rookie season last year, consistently showcasing his excellent hand-eye coordination and strength on the ice. He plays an impressive two-way game and is a prime example of how to play a physical game.

Max Wanner will also be heading to Alberta and will play against Jordan with the Edmonton Oilers. Wanner was drafted by the Oilers 212th overall in the 2021 NHL Draft.

The defenceman is known for his impressive skating and his ability to capitalize off of a power play. He’s been noted to be a fast learner and someone who’s shown noticeable development and improvement. He finished last season with 23 points (6G-17A) in 55 games.

Atley Calvert is heading to Buffalo for their 2022 Prospects Challenge.

Calvert is bound to be one of the key components of the upcoming 2022-23 season. He’s a smart player, reads plays well, and consistently generates offensive chances.

Eric Alarie will suit up with the Los Angeles Kings for his second NHL camp.

Alarie has a strong shot and uses his size effectively on the ice. Noted as someone who is coachable and flexible, Alarie is bound to improve his game in strides this upcoming season.

The Moose Jaw Warriors have a talent-stacked roster and are expected to make an impact in the upcoming season. They continue their pre-season this Friday and Saturday against the Brandon Wheat Kings.