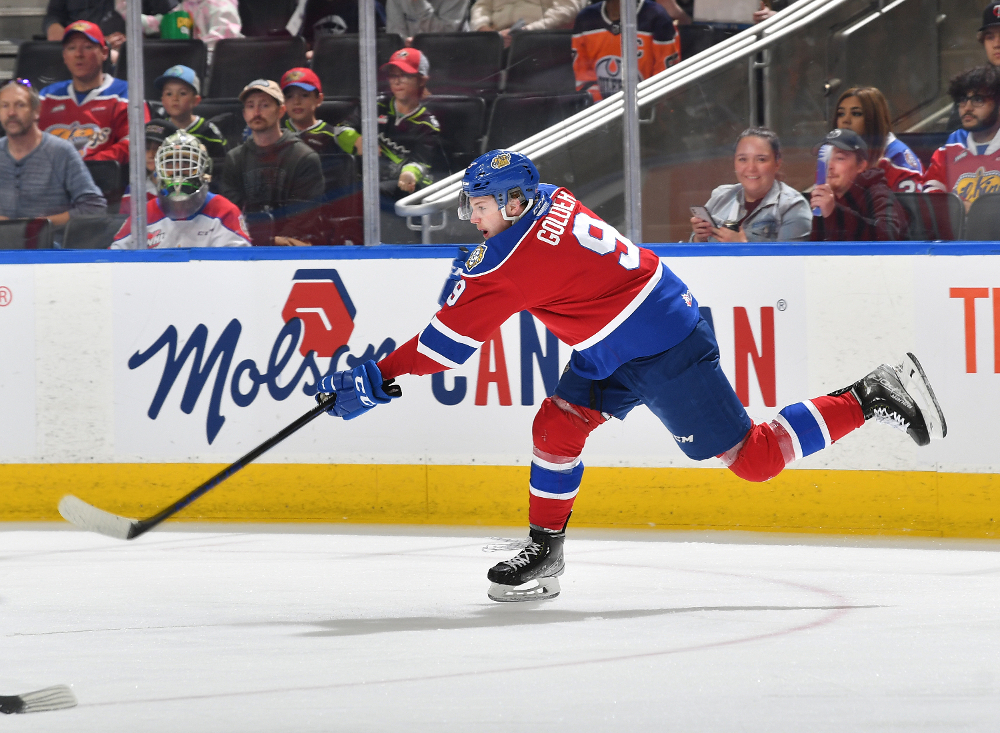 An exciting showing at the Bob McGill Cup ushered in a new season for Alberta’s capital city, and the Edmonton Oil Kings were hungry for a pair of home wins to start their exhibition campaign.

Friday’s matchup, the first of two against the Saskatoon Blades, didn’t begin the way the home side had hoped. Former Seattle Thunderbird Conner Roulette got Saskatoon on the board first just five minutes in. Then, Jordan Keller extended the lead for the Blades with just under two to go in the opening frame; both goals came via the powerplay. New Oil Kings acquisition from the Tri-City Americans, Rhett Melnyk added a late first-period goal to cut the deficit in half, and Ethan MacKenzie tied the game late in the second with a powerplay goal of his own. Lukas Hansen potted one with less than 60 seconds remaining in the middle period to give the Blades another lead, and Roulette got his second of the game just over a minute into the third to regain the two-goal cushion. Ethan Peters added a third Oil Kings goal but couldn’t bring it back as Edmonton dropped their first preseason game 4-3.

The following night was a much less eventful contest. Roulette opened the scoring just under three minutes into the game, and the Oil Kings managed to wipe out a five-minute penalty a short while later. Carson Golder collected his first of the year on the powerplay, but Roulette took the lead back with his fourth, and 2-1 was how the game would stand.

Edmonton head coach Luke Pierce says that during Saturday’s game, his guys “ran out of gas” near the end and simply couldn’t keep up, after finishing strong the night before. Pierce praised the young talent on the blue line both nights, calling it a “valiant” effort with the number of minutes they were needed to play; a sure mark of development as the season rolls on.

Edmonton returns to the Downtown Community Arena on September 16th, where they begin a home-and-home series with the Calgary Hitmen before starting the regular season on Sept. 23 against the Red Deer Rebels.