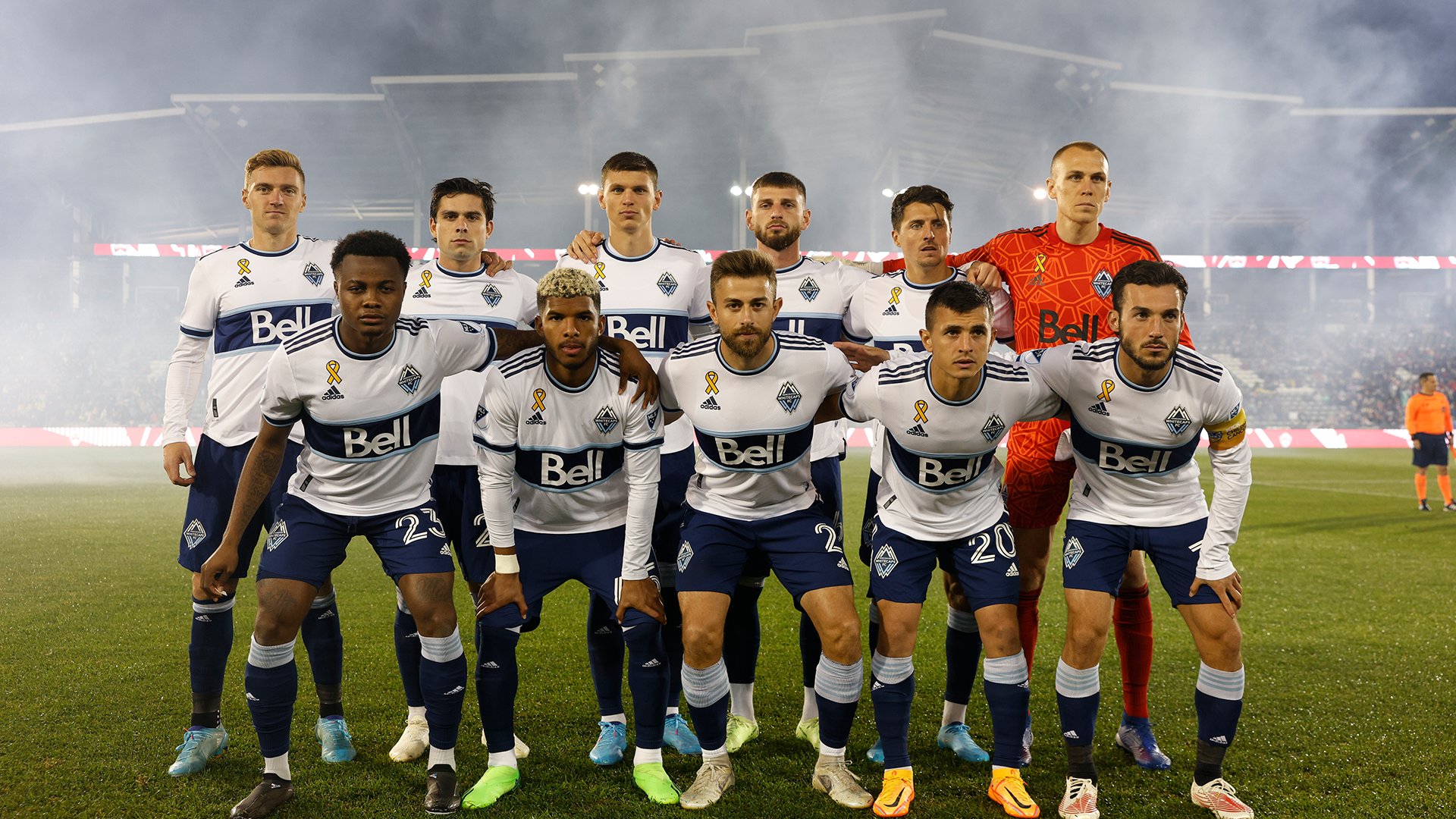 It was a must-win match for the Vancouver Whitecaps if they had any hopes of a late playoff push. But even an early go-ahead goal from Brian White was not enough to stop the Colorado Rapids who were facing a playoff reckoning of their own.

With suspensions to Vancouver’s top two attacking threats, there were bound to be some interesting lineup choices. But it was unlikely anyone could have guessed the formation that head coach Vanni Sartini would pick.

A 4-3-2-1, affectionately known as the ‘Christmas Tree’ by some, brought a whole new feel to the Whitecaps.

Cody Cropper took the start over Thomas Hasal in net, his first start since Aug. 13 against LA Galaxy.

But perhaps the most interesting was the move away from Sartini’s preferred back 3. Marcus Godinho and Javain Brown took up fullback positions, flanking the centre-back pairing of Tristan Blackmon and Ranko Veselinović. The head coach had spoken earlier in the week about the necessity of countering Colorado’s aggressiveness, and this choice seemed to acknowledge that.

Alessandro Schöpf also was dropped back into his more preferred position in the centre of the midfield alongside Russell Teibert. Andrés Cubas was in his familiar position as a defensive midfielder.

In attack, Pedro Vite took the spot left free by Ryan Gauld as he sits for a yellow card accumulation suspension. Julian Gressel was moved alongside him rather than playing out wide where he has played most of his fledgling Whitecaps’ career so far.

Brian White was the sole striker. He’s had difficulty compared to last year when he posted a personal best of 12 goals. So far, he has three to his name during the 2022 season.

Overall, it was apparent that Sartini wanted to stifle the attack of Colorado. Both teams came into this match with poor records since the beginning of August. Perhaps expecting a quick start from the home side was something the Vancouver gaffer wanted to avoid.

For a match that was important for both sides, the opening of it was tentative at best. The Whitecaps were level with the Rapids on possession, but it looked like Colorado was getting the better of moving the ball forward.

However, it was Brian White that hit first. His goal in the ninth minute was only his fourth MLS goal of the season. White brought the overhead pass down and dribbled past the two centre-backs to find space. His shot was low and hard under the keeper, giving the Whitecaps the opening lead.

In the 20th minute, Jonathan Lewis attempted to break into the 18-yard box and get around Brown. However, the fullback was alert and able to force the Colorado player out wide. Overall, the back 4 started the first quarter of the match quite well.

But it was not to last. Yet another attack was funneled through Lewis, who crossed the ball into the box. Gyasi Zardes got on the end of it for his 10th goal of the season, tying the game up at a goal apiece.

Noticeable in the game was Vite, who was having trouble after not starting for quite a while. Vite’s passing, or lack thereof, was apparent as a number of his attempts were easily picked off.

White had another chance in the 31st minute. Brown dribbled around his man and opened space for him to pass up to the striker. White tried to spin around Lalas Abubakar, but he was brought down and the shot went wide.

On the ensuing counter, Lewis came up against Veselinović. The two players tripped up at the edge of the 18-yard box, and it was deemed the Whitecaps’ player was the aggressor. The penalty was given and Diego Rubio converted, giving the Rapids their first lead of the game. The penalty looked harsh given that initial contact happened outside of the box.

The rest of the first half played out to a quiet end. Surprisingly, the Whitecaps held the majority of possession as they did last game against San Jose. The Rapids played the Vancouver game plan of countering early.

Both teams went to the locker rooms with the Rapids up on the Whitecaps. The second half would have the potential to be a defining one as a win was essential for the Vancouver club to have any hope of a postseason.

There were no changes to mark the beginning of the second half. Both teams could come out of the locker rooms happy with their efforts, albeit the Rapids the happier of the two.

Felipe Gutiérrez had an opportunity in the 60th minute for Colorado as he found space in the 18-yard box. He held onto the ball well, moving past defenders and getting the shot away through several pairs of legs. But Cropper was prepared and easily caught it.

Vite’s long shot hit the post in the 62nd minute. He was starting to find himself more positively involved in the match, even though his passing was still off.

Cristian Dájome, who had come on around the 60th minute, was a positive substitution. He was aggressive in attacking the ball, resulting in a good opportunity in the 68th minute. However, his shot was wide of the mark.

But Lewis was the man pulling the strings in this match. He got the Rapids’ third goal on the night after breaking around Luís Martins. His shot was high over Cropper and into the top of the net.

The Whitecaps made several changes, desperately looking to find an offensive spark. The back line became a secondary thought as bodies were thrown forward but to no avail.

With a score of 3-1 for the Rapids, the Whitecaps’ playoff hopes were not extinguished, but they were severely doused.

Sartini said that even though they lost, he was happy with how his team battled.

He stated that there is no time to feel down as they have a midweek match against the LA Galaxy. His players must shake this off and be ready.

“I will use these two days to see who is more hungry to play on the Wednesday [against the Galaxy].”

White, the Whitecaps’ sole goalscorer tonight, noted the rough stretch as of late but said they have to find a way to compete because their fans deserve it right until the end.

“We need to pick ourselves up, dust ourselves off and be ready for Wednesday because it’s going to be another big game.”