Samuel Honzek: Ready To Bring The LEC To Their Feet 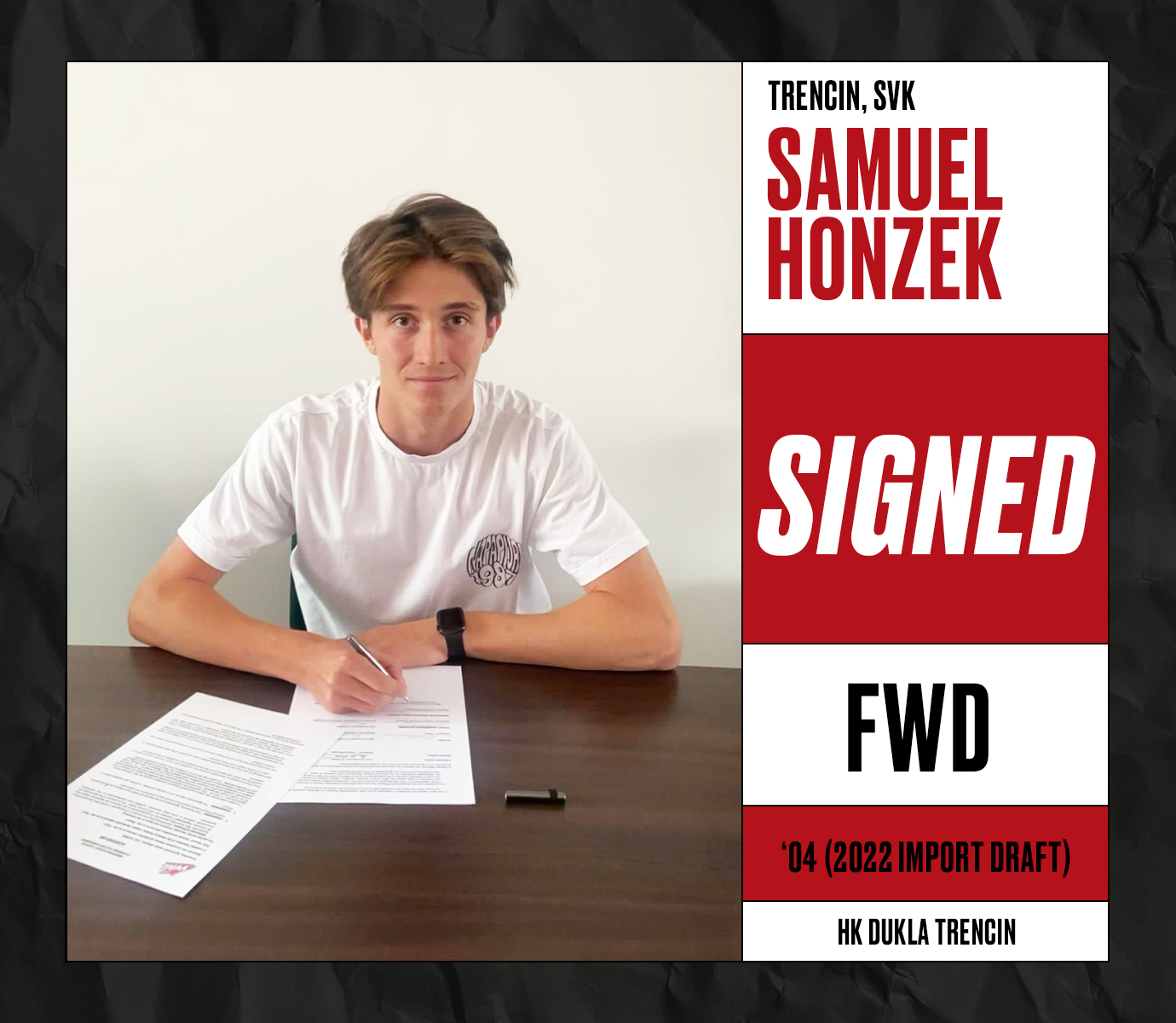 With their first-round pick in the 2022 Import Draft, The Vancouver Giants selected Slovakian Samuel Honzek. The 2023 NHL Draft prospect looks to follow in the steps of former Giants such as Milos Roman and Mario Bliznak who he shares a hometown by making a name for himself in the WHL. A dynamic offensive player, he should have no issues lighting the lamp and bringing fans at the Langley Event Centre to their feet.

Getting drafted was a fun experience for Honzek as he was on vacation at the time. Luckily, he had access to the internet, which allowed him to see that the Giants selected him 10th overall.

“It was funny. I was in Greece just looking at the draft. I saw my name, and I was excited at that moment. Then Barclay (Parneta) and coach (Dyck) called me. We had a little chat, and things went pretty well.”

Before joining the Giants for training camp, Honzek had the opportunity to play for Slovakia at the World Juniors. Unfortunately, Slovakia struggled, but his play impressed current Giants captain Zack Ostapchuk.

Once Honzek arrived at training camp, he seemed to have instant chemistry with Ty Thorpe. Based on the way they played together, this could be a dynamic duo for the Giants this season.

“He’s a good player. He has a lot of skill, so I played with him pretty well.”

As mentioned, Honzk is a dynamic offensive player who says his best attributes are his speed and shot. From watching him during the training camp, it is hard to deny. He was able to show off his offensive skill throughout the weekend. Now, his goal is to show the NHL scouts how good of a player he really is.

“I’m really excited to play here in Canada. There are more scouts here than in Europe. I have to play my best and hope it will be a great season for the team and for me.”

After the performance Fabian Lysell put up last season, Giant fans should be extremely excited to see what Honzek does. At 17, he is still developing but has all the traits of an elite playmaker and goal scorer who could put up big numbers here in the WHL. He will also be looking to become just the second-ever Giants player from Slovakia to be drafted into the NHL while playing for the team after Milos Roman in 2018. If he plays the way projected, do not be surprised if he is in the running for WHL rookie of the year at the end of the season.