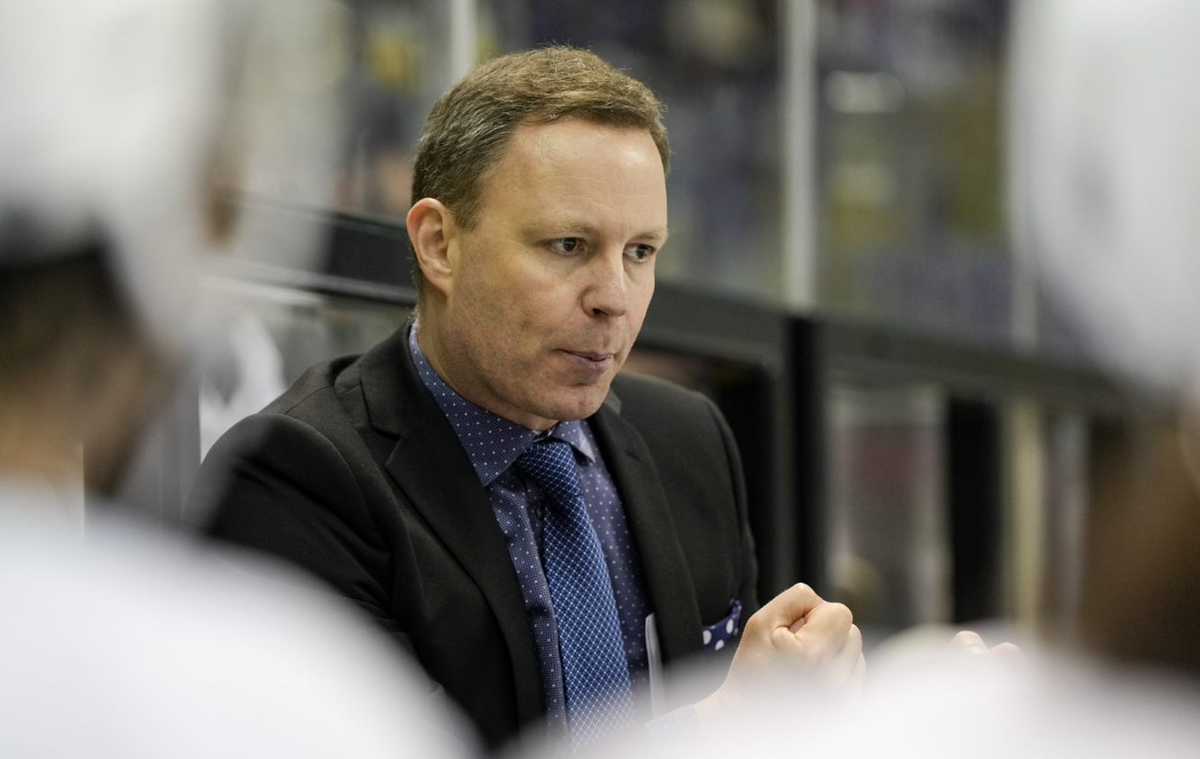 This week’s Victoria Royals training camp is the first time the 2021 and 2022 draft classes have seen the opportunity to take to the ice together.

Royals head coach and GM Dan Price came into this year’s camp excited to see all of the players interacting for the first time. While the camp features players both signed to standard player agreements and players still hoping to sign with the team.

Of course, Price and the Royals staff are watching the chemistry begin to form among all of the players, both the young guys at their first camp and the returning group. That said, Price believes there are a substantial number of prospects from both the 2006 and 2007 age groups who have good chances to earn their right to sign a standard player agreement soon. Price recognized the benefits that come with signing and playing in the WHL, such as the educational benefits and the opportunity to develop within a major-junior team’s system. With the players being able to be part of the Royals’ plan for future years.

“[Signing during camp] is not easy to do, it’s obviously very hard-earned, but we’re really excited to see which players really emerge and maybe put themselves in that position to sign during camp.”

Make Sure You’re Ready For…

While Price and the Royals are keeping an eye on every player attending camp, one guy fans should watch for is 2007-born forward Rui Han. Han was the first-round pick of the Victoria Royals in the 2022 US Prospects Draft. Though he plays for and attends St. George’s School in Vancouver, BC, the 15-year-old Han is from San Diego, Calif. Price had very positive things to say about both the kind of player and the kind of person Han is:

“He’s an excellent player, an excellent student, and an excellent person. He’s one of those guys, you look at and you go ‘yeah, he can maybe be part of our leadership group going forward.’ So I think that’s one player, among all of them that we’re watching very closely, that has a very interesting storyline, partly because he’s from the US.”

In 26 games with the St. George’s School U15 Prep team, Han collected 20 goals and 15 assists during the 2021-22 season. He went on to pick up another 10 points in four playoff games with the team. Going on to play one game with the U17 Prep team, Han joined the U18 Prep team and tallied three assists in six games.

As for this week’s Royals camp, Price believes Han will have a good showing, though he’s not the only one good things are expected from.

“All the players,” said Price. “You can tell they’ve had such great summers. You can see it in their fitness metrics and can see it from their summer camps and all those things. Rui and, I think, all of the ‘06s and ‘07s are going to have a great camp and a great preseason.”

Included in those young players looking to impress at camp after signing with the Royals are Hudson Bjornson (D), a 2021 US Prospects Draft pick, and Jayden Kraus (G), a 2021 WHL Bantam Draft pick.

You can’t forget the third-overall selection of the 2022 WHL Bantam Draft Cole Reschny when thinking of players to be excited about the Royals’ future.

The Royals do not only have new faces looking for places on the roster as the team has announced both Morgan Klimchuk and Ralph Jarratt to be joining Dan Price’s staff as assistant coaches.

“What I love about them,” commented Price about both Klimchuk and Jarratt, “is they have that perfect balance, I think, between the player’s perspective and the coach’s perspective.”

Mentioning that they are both great coaches who know how to teach, are thorough in what they do, and care about the players as people, Price noted that they checked all of the coaching boxes and more.

“They’re also close enough in time to when they played that they can really help advise me on what the player’s perspective is because I’m more removed from that in age. Sometimes coaches can get just so focused on the winning and the process and all those things, you can lose track of what the players are actually feeling.”

Klimchuk, 27, is only two years removed from his own playing career, having appeared in 274 games in the AHL, and returns to the WHL, where he played his junior hockey with the Regina Pats and Brandon Wheat Kings.

Jarratt , 24, is a name and a face that Victoria Royals fans likely remember, having played all five years of his WHL career in Victoria with his final game in a Royals jersey just three seasons ago.

With such a young roster over the last two seasons, the Royals have brought in new faces but have been able to keep much of their team playing together each year. Price, mentioning that continuity is something he values as both a coach and a manager, recognized the value of the personal relationships and on-ice chemistry that time together has allowed the team to build.

“Don’t get me wrong, I’m not comparing us to Colorado, but it is one thing you hear a lot. Now, in retrospect, now that they’ve won, they had those really difficult years early. There was that one year, five years ago, where they finished last in the league, but the most important thing they all say that they did was they stayed together. Minimal personnel changes, minimal staff changes, they kept the core together and year by year, they just grew and the relationships grew. That’s what really put them in a position to win and unlock that ability. Obviously, they’ve got a lot of talent, but you need that X-factor in order to really win and those are the types of dynamics we’re hoping to develop with our team.”

The young guys coming in this year are coming into a group of guys who have built an environment of trust combined with a competitive spirit. While that may seem like a daunting thing to walk into for some, those who can keep up will find that the Royals are indeed #ReadyToRoar.

Anything can happen, but don’t underestimate the Victoria Royals.