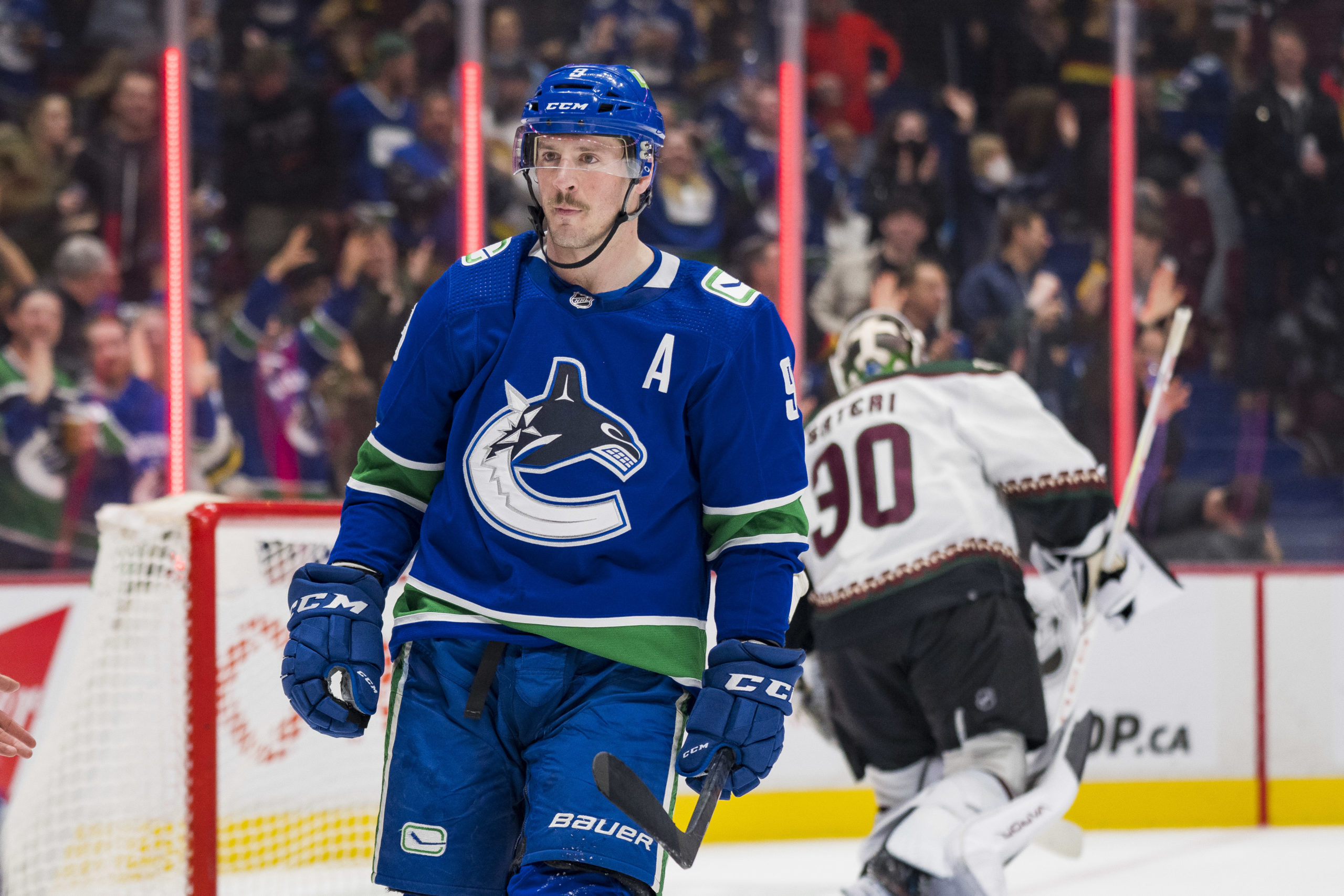 Friday is usually the day the Vancouver Canucks drop big news. On Friday, September 2nd, that’s exactly what they did.

The Canucks announced that they have re-signed forward JT Miller to a seven-year contract that will take effect after the 2022-23 season.

I was at work when they announced the deal and was on my break about 30-40 minutes later. Big Canucks news almost always seems to break when I am not home and sure enough, that is what happened. I was eating some Pringles chips and saw that a fake Canucks Twitter account Tweeted that Miller re-signed for seven years. It turns out, that was the official Canucks account.

It looks like there were no half measures taken by Canucks general manager Patrik Allvin on the Miller contract. There is also a no-move clause for him.

So what are my thoughts on the Canucks re-signing Miller?

Personally, I think this is the wrong move. First of all, this means the Canucks want to go all in, now. Fine, but where is the cap space? What about the defensive core? It’s still pretty bad. How are they going to fix it? You obviously can’t become a Stanley Cup contender without a good defence.

The Canucks prospect pool ain’t that great either. Other than Jonathan Lekkerimäki and Jack Rathbone, the prospect pool is shallow. So that means, the future is now.

Now if the Canucks wanted to become a contender, they should have traded Miller. Don’t get me wrong, I like him as a player and he is a fantastic one too. Miller brings a lot of heart and soul to the team.

He had the highest point total by a Canuck in a decade with 99 last season. Could he score at a rate like that next season? It’s possible. What about the season after? It’s also possible. But after years three or four of the deal, the decline will start to happen. It’s been proven that NHL players decline over 30.

Why do I think Vancouver should have traded Miller? Well, for starters they could have gotten a right-handed defenceman (something they desperately need) and picks and prospects that could help them down the line. It should have been short-term pain for long-term gain. My Miller takes have aged like milk.

But in this universe, the Canucks are going all in except they don’t have all the pieces that can win them the Stanley Cup. So it just feels wrong to give Miller that amount of term and money.

Don’t get me wrong, Miller deserves the money. What a couple of days it has been for him. On Thursday his son Edward (third child after two daughters) was born and on Friday he got a contract extension. Miller is living his best life. So a massive congrats to him. He wanted to stay in Vancouver and he got what he wanted.

But this whole thing feels like this: wrong time and wrong team. The Canucks are not in the position to be signing deals like this because they are not cup contenders.

Basically, the Miller deal is great for the next three or four years but after? It probably won’t be.

Also, aside from the obvious question of how will they fix the D core (trade coming? or another signing? But with what cap space?) and what will happen with Bo Horvat? He also needs a new deal in 2023 and with Miller here to stay, do the Canucks keep him? They likely won’t afford to now.

According to The Fourth Period’s Irfaan Gaffar, things seem to have gotten closer with the Canucks captain.

We’ll see where the Canucks go from here.

I feel like the Miller deal will age poorly in a few years. However, if he proves me wrong and becomes an ageless wonder in his mid to late 30s, I wouldn’t be mad at all.

Hopefully, this Miller article of mine will also age like milk.