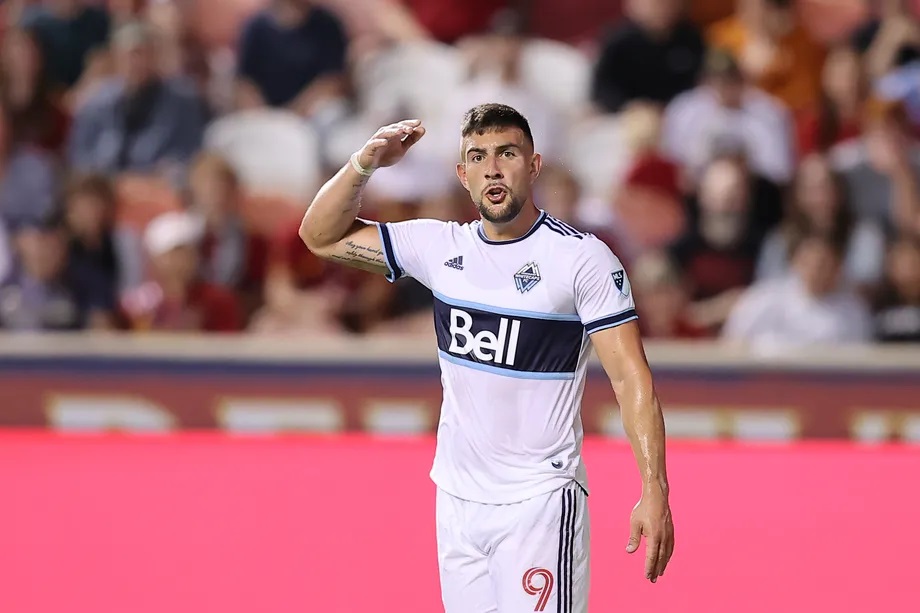 While it is not a mathematical reality just yet, it is very unlikely the Vancouver Whitecaps will make the cutoff for the MLS playoffs this season.

The Whitecaps are currently in ninth place, three points below the LA Galaxy who hold the seventh and final spot in the Western Conference. That may not seem like much—a win could place them in a tie—but the Galaxy have two games in hand against the ‘Caps.

There are six games left in the season, with the Galaxy being one of those teams. However, matches against the Seattle Sounders, Colorado Rapids and Minnesota also loom on the horizon.

Head coach Vanni Sartini said all the club can do right now is to focus on the next match and forget about the playoffs.

“We have to prove we are a team that wants to win big games and wants to make the last games meaningful,” he said.

In pondering the season so far, Sartini was quick to discount the beginning eight matches of the season, which saw them start with only one win. Injuries and health and safety protocol played a significant role in those first couple of months.

But after that, Sartini said that consistency never really happened.

“We always missed the third game. We’ve always done like a couple very good games, then the third one, [is] eh.”

From here until the end of the season, the head coach said that their focus will not be on making the playoffs, but simply on the next match.

“So, from now on, we focus game-by-game,” Sartini said. “Our horizon is San Jose. We want to win in San Jose. And in order to win, we need to be 300 times more intense than the last game.”

The Whitecaps played to a 3-3 draw against the San Jose Earthquakes on May 14 after goals from Lucas Cavallini, Ryan Raposo and Érik Godoy. Cavallini almost had a winner in the last few breaths of the match, but his header went off the crossbar.

Sartini said that while offensively, they did well in that match, he wants to see a better game defensively, especially in stopping transitions.

“Last game, when we did 3-3, I think they scored two out of three goals in transition. We were attacking and lost the ball, and they scored,” he said.

He said that he actually wanted the team to play like how they did against Nashville last weekend when it came that that phase of play.

“I know it sounds ridiculous to say, but in this part of the game, we actually did well in the last game,” the head coach said. “So, the first goal happened in transition, but we managed the transition very well. We lose the ball when we were attacking, and the guys, they go in open field, but the only chance we concede is a shot from 25 yards.”

That goal beat Thomas Hasal, but only after an odd bounce off the turf of BC Place. The other two goals from Nashville came from set pieces: a corner kick for the second and an indirect free kick for the third.

He said San Jose is also “lethal” in open play. But he also said that his players did well when it came to switching play in their first meeting in May.

“Since they are a very offensive team and they throw up a lot of numbers and they run a lot, oftentimes they can miss players when you switch the ball side to side.”

San Jose currently sits in 13th place in the Western Conference, seven points behind the Whitecaps.

In last weekend’s match against Nashville, Cavallini came off the bench in order to make an impact. And he did, but not in any way that benefitted his team.

He lasted a grand total of eight minutes before being sent off on a straight red for a horror of a challenge on Alex Muyl.

Cavallini put his shoulder into Muyl, which caused the Nashville player to lose his footing and fall to the ground. If that was it, a foul or maybe a yellow card would have sufficed.

Instead, the Canadian striker took an extra two steps towards Muyl and stomped on the player’s head as he was down.

Sartini said immediately after the match that he had not talked to his striker as he wanted to wait a day and let himself calm down. The team has now discussed it internally, and they are awaiting an MLS decision on whether there will be any supplemental discipline.

“We just know at the moment he’s not available for the next game [against San Jose]. We know that the league is always taking their time when there’s this kind of offence. And I wouldn’t be surprised that we know…the suspension even after the game against San Jose. So, we’re here waiting. We know for sure he’s not going to be with us this week, and we’ll accept anything that the league will send us because I don’t think there’s too much margin to appeal, to be honest.”

Cavallini is in the final year of his current contract with the Whitecaps. There is a club option for another year, which has not yet been taken.