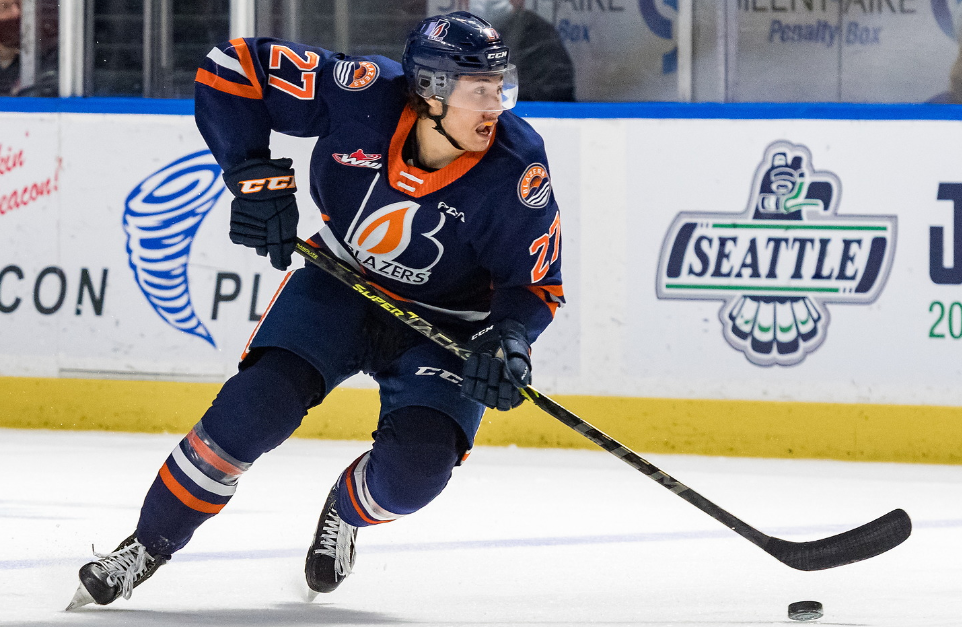 In what was somewhat of a surprise move, the Kamloops Blazers have traded defenceman Mats Lindgren to the Red Deer Rebels.

According to Jon Keen, play-by-play voice of the Kamloops Blazers, Lindgren requested a trade following the NHL Draft in Kamloops.

In spite of Lindgren having more offensive production and Masters being a year older, both players have seen a very similar career path.

Blazers General Manager/Head Coach Shaun Clouston told kamloopsblazers.com that he is excited to bring Kyle to our team.

“Kyle plays a well-rounded, 200ft game and we believe he will be a great fit with our group to our defense.” Clouston said

Both players are expected to be at their expected camps when they open this Friday.