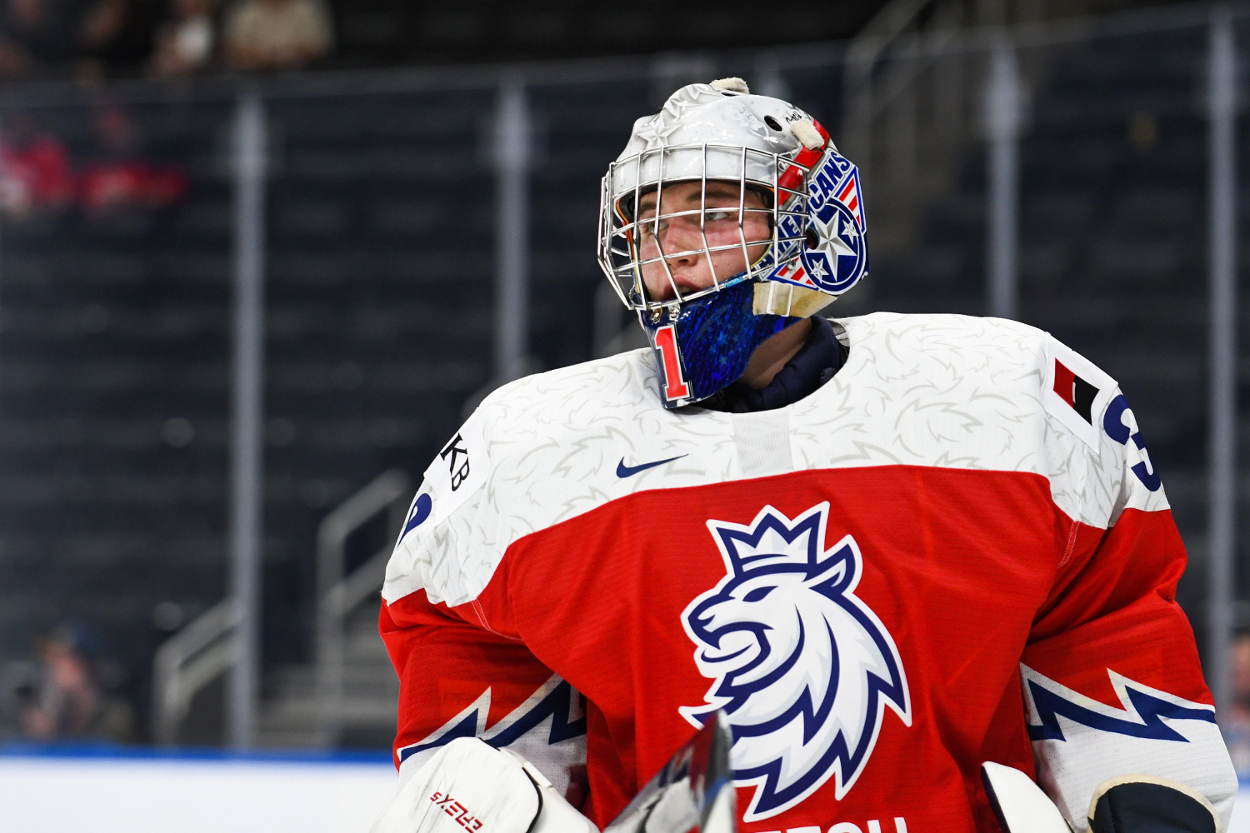 Tomáš Suchánek and Czechia are prepared as they head into their World Juniors semifinal game against powerhouse Canada on Friday. Having already upset Team USA in the quarterfinals, Czechia is looking to continue their strong performance and earn a berth to the gold medal game.

Following the team’s final preliminary game against Latvia, Suchánek says that it was important the team learned from their loss and went into their quarterfinal game against the United States playing a more unified game. In the end, that is exactly what they did.

“Everyone played incredible,” said Suchánek. “The guys blocked shots from the beginning and did what they had to do. I think we can be happy about the team performance we have shown.”

In their quarterfinal matchup, Team USA’s Logan Cooley opened the scoring thanks to a surprise bounce off of the boards.

Of course, having to refocus following a goal like that could be a challenge, but Suchánek says it’s just part of the sport. He also thinks that it’s possible that the opening goal coming for Team USA was good for Czechia in the end.

“It was important that it didn’t put us down. Maybe it helped us in a way. We started to play more together from that moment.”

Following Czechia’s victory over the USA, the Tri-City Americans netminder posted one of the most heartwarming Tweets of the World Juniors:

Asked about how he was feeling about the win after having a night to let it sink in, Suchánek was still on a high:

“The best moments were right after the end of the game. It was great, something indescribable. I screamed and jumped on everyone. I will remember it for the rest of my life.”

However, the irony of Suchánek claiming victory over the Americans while wearing an Americans mask was not lost on fans of the WHL team (or the team itself).

In only his second start of the tournament, Suchánek stopped 28-of-30 shots en route to Czechia’s 4-2 upset victory. His performance saw him named Czechia’s player of the game, earning the honor for the second time at the tournament. He’s already thought of what he plans to do with the commemorative sticks he was awarded.

“It’s is always a pleasure to get the prize for the best player of the game. Maybe I’ll give those wooden hockey sticks to my grandmother so she can have something as a present from Canada.”