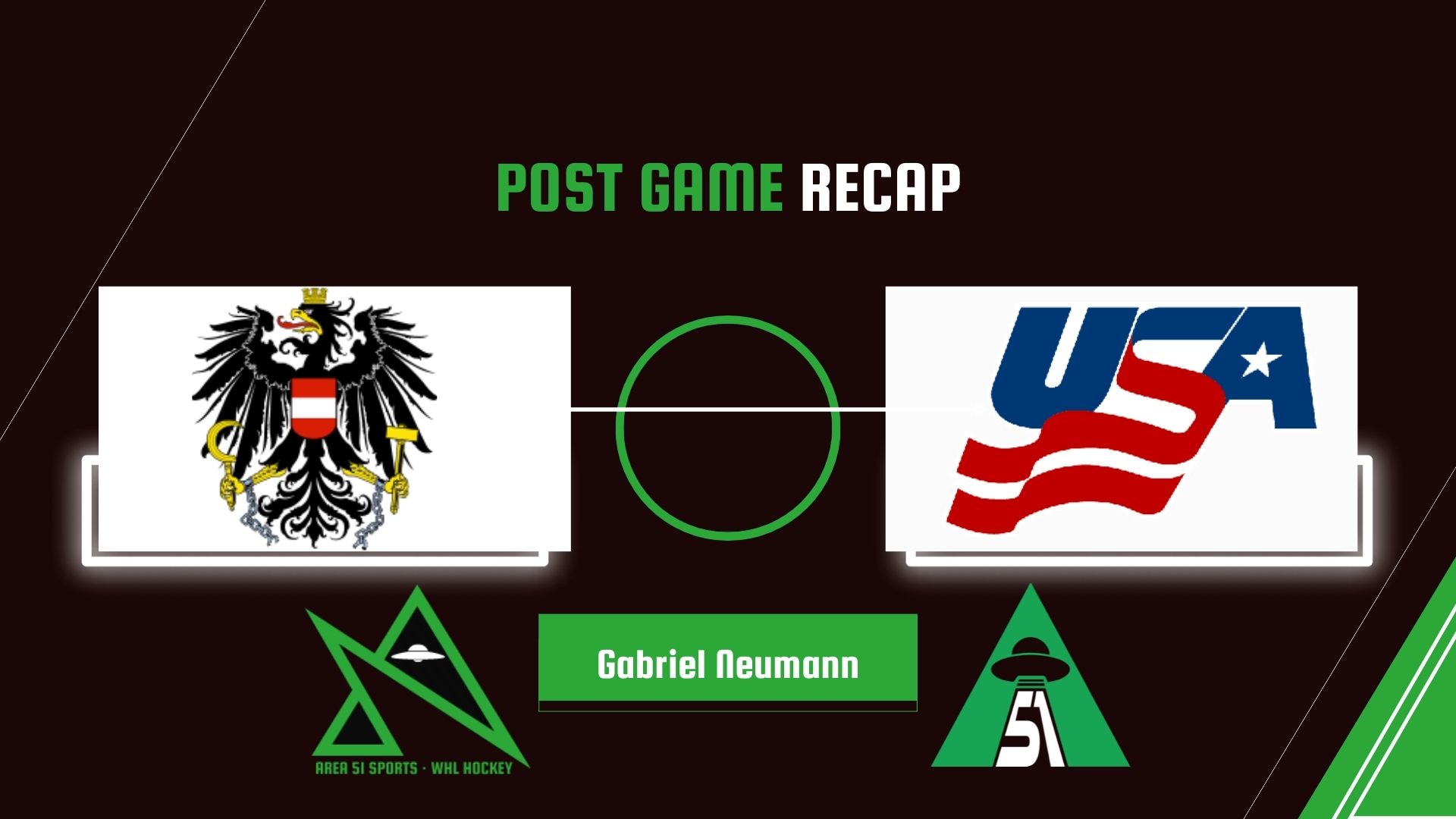 Team USA continues to impress in the IIHF World Juniors, winning 7-0 over Austria.

USA hit the ground running. At 0:54, Wyatt Kaiser (NCAA/Univ. of Minnesota-Duluth) scored the first goal of the game, putting USA on the board not even a minute in.

USA continued to push in the first period. They stayed in the offensive zone for the majority of the period, creating a lot of opportunities in front of the net. Austria struggled to defend, which USA took advantage of.

Toward the end of the period, at 18:26, Red Savage (NCAA/Miami Univ. — Ohio) scored his first goal of the game. The shot bounced out so quickly the play had to be put under review, but ultimately it was determined a good goal.

USA’s teamwork was really dialed in this first period. They outplayed Austria from the start, demonstrating high skill and good teamwork.

The first period concluded with USA on top of both the score and shots on goal, 4-0 and 26-6 respectively.

The second period was just as exciting. USA continued to dominate the offensive zone; at 7:01, Carter Mazur (NCAA/Univ. of Denver) scored, bringing USA up 5-0.

The first penalty of the game was called against Austria for cross checking at 7:43. Five seconds later, at 7:48, Mazur scored his second of the game and his third of the tournament.

USA’s speed and skill level was consistently impressive, and they maintained their offensive strength.

At 17:22, Brett Berard (NCAA/Providence College) was called for slashing, and Austria went to their second power play. Although USA was at the disadvantage, Savage scored a shorthanded goal. Much to USA’s disappointment, however, Austria challenged for offside and were successful, keeping the score at 6-0.

Charlie Stramel (USDP/U.S. National U18) was called for roughing at 19:33, and USA went to their third penalty kill of the game, which they successfully killed.

The third period slowed down a bit, but was consistent in terms of what the first two periods had shown. USA continued to stick in the offensive zone, generating many scoring chances, and Austria’s defense was still weaker than optimal.

Thomas Bordeleau (NHL/San Jose Sharks) was called for slashing at 5:01, but Austria did not do much with their power play.

At 10:46, USA went to the power play after Austria received a holding penalty, but did not score.

The third period remained scoreless until 19:19, when Sasha Pastujov (OHL/Guelph Storm) scored for USA, bringing the tally up 7-0.

At the conclusion of the game, the shots on goal were 56-16 in USA’s favor. Both Oke and Keopple blocked every shot that came at them (11 out of 11 and 4 out of 4, respectively) while Austria’s goaltender Leon Sommer (ICEHL/Black Wings Inz) made an impressive 49 saves out of 56 shots.

Sommer earned Player of the Game for Austria, and Kaiser for USA.