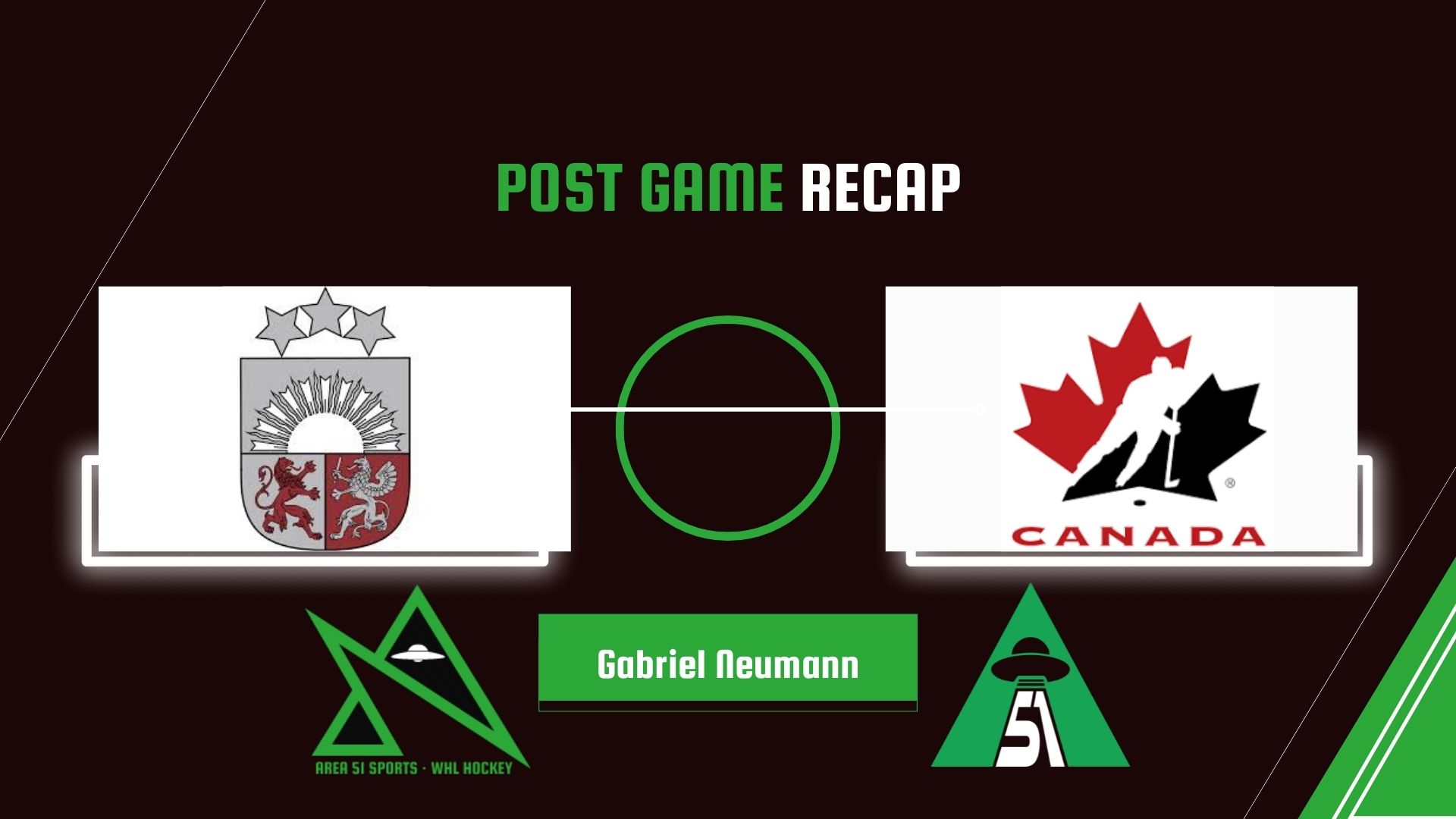 The World Juniors continue in Edmonton, Alberta, Team Canada and Team Latvia taking the ice one the second day of the U20 tournament.

Right out the gate, Canada displayed strong offense, staying in the offensive zone for the majority of the period. Their shots on goal quickly pulled ahead of Latvia’s, and the first goal came at 7:31, scored by Connor Bedard (WHL/Regina Pats).

Although Canada remained on the offense throughout the period, they didn’t see a lot of opportunities in front of the net. Unfortunately, Latvia tied the game at 18:06. Shots on Goal at the end of the period were in Canada’s favor, at 18-4.

The second period opened with strong offense from Latvia, but they remained shotless, and eventually earned the first penalty of the game at 6:55 for holding. Canada did not capitalize on their power play, with Latvia taking their first SOG of the period on their penalty kill. Right after Latvia killed the penalty, Canada went on the power play once more, after a roughing penalty was called on Latvia.

The first power play goal of the game was scored at 11:23 by defenceman Lukas Cormier (QMJHL/Charlottetown Islanders), bringing the game up in Canada’s favor 2-1.

Not long after, Latvia earned a third penalty for slashing. Toward the end of the power play, at 16:17, Canada netted another PPG, this time by Olen Zellweger (WHL/Everett Silvertips). The goal was a beauty, scored through not one, not two, but four Latvian skaters.

The end of the period closed with Ridly Greig (WHL/Brandon Wheat Kings) scoring a beautiful goal at 17:16, bringing the game up to 4-1 Canada.

Not even a minute into the third period, at 0:48, Mason McTavish (OHL/Hamilton Bulldogs) earned a penalty, sending Canada to their first penalty kill.

Although they didn’t score during their first power play, Latvia’s offense increased throughout the third period. When Greig was called for a tripping penalty at 4:52, Latvia took their chance, scoring four seconds into their power play at 4:56.

Canada received two more penalties before the game concluded: Kent Johnson (NCAA/Univ. of Michigan) for delay of game at 5:32 and Greig again at 7:13 for hooking.

Ridly Greig was named Player of the Game for Canada and Patriks Bērziņš (Latvia/Liepaja) for Latvia.