Terminal City Thoughts: Big road game against the Galaxy and the Whitecaps getting healthy 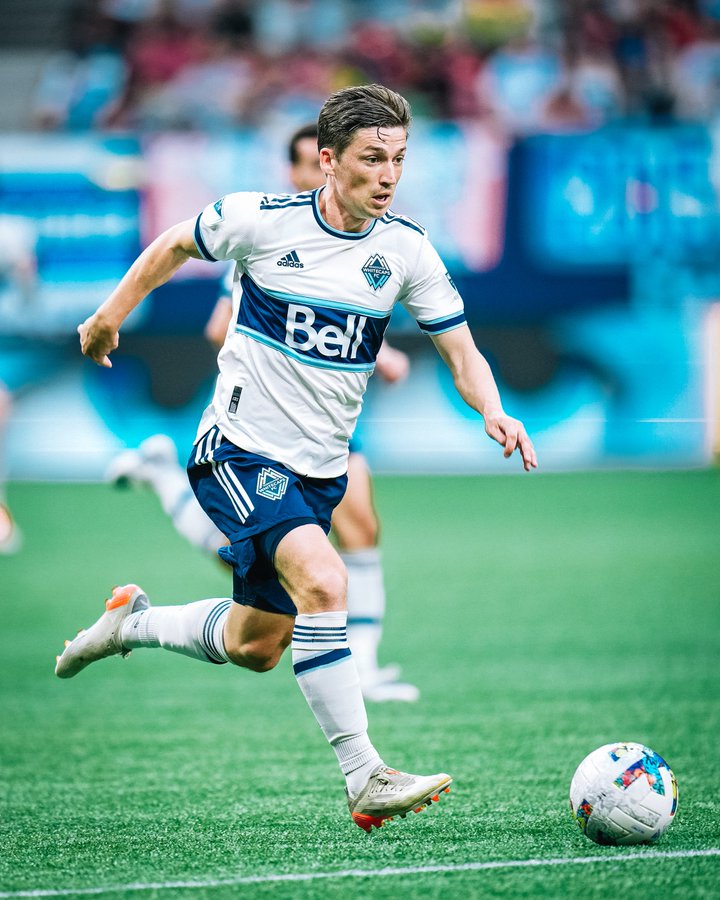 The season of the Vancouver Whitecaps can be divided into two halves. There is the season that ended at the end of April with the team having only a single win in eight matches, and there is everything that followed, which has seen the club turn its fortunes around.

That seasonal divide is also mirrored when it comes to road performances. Major League Soccer is a notoriously difficult league to get points on the road. Very few leagues have the amount of travel MLS does because they do not cover as large a geographical area. The Whitecaps travel more than any other MLS club because of their geographical isolation in the northwest corner of the Western Conference (Eastern Conference teams have less travel due to a higher concentration of teams in that conference).

Lately, the Whitecaps have been finding a way to grind out points on the road. In their last six away matches, they have a 2W-3D-1L record. It has been a contributor to their position in the western conference standings.

But next up is LA Galaxy, and they are not just any western club. A team with history in MLS dating back to the beginnings of MLS in 1996, they have five MLS Cups, four Supporters Shields and a couple of Lamar Hunt U.S. Open Cups. However, they have been snakebitten in recent seasons, only qualifying once for the playoffs in the previous five seasons.

Currently, Vancouver and the Galaxy are level on points at 30 apiece. In an important Western Conference matchup as this one is, it makes sense to gain perspective on the game to be from those that will play in it.

Points up for the taking against LA Galaxy

Not an easy team to play, and as mentioned, the Galaxy has been in a bit of a rut as of late. In their last six MLS matches, they have only won a single game. Every other match ended in a loss.

But that does not mean the Whitecaps are resting on their recent road record. It gives them confidence, but a job must still be done.

“It’s going to be a hard game,” head coach Vanni Sartini said of their upcoming opposition. “They’re a good team. They’re kind of I would say an unpredictable team. If they are on a good day, I think they can beat every team…But they’re also a team that sometimes, if they concede the first goal, they go a little down and they open a lot because they attack with a lot of players. So, you can counterattack them.”

He called LA Galaxy a possession-based team, one that likes to hold onto the ball and build up slowly. That fits how the Whitecaps like to play very well as they do not need heaps of possession for their tactical style.

“We’re not a team that loves to have a lot of the ball,” he said. “We’re a team that’s very organized to play against the ball. And when we play with teams that are possession…we like to allow them to have possession in their half and press very well and limit their option in behind our lines and in between our lines. And when we win the ball, try to play as fast as we can to exploit the gaps that any possession team sooner or later leaves because they attack with a lot of players.”

One area that must be dealt with is who to play up front for Vancouver. Brian White is dealing with a damaged rib and will be out until next week at the earliest. Lucas Cavallini picked up yet another yellow card in the match against Houston Dynamo, giving him a one-match suspension.

On top of that, Déiber Caicedo is out with a season-ending knee injury. That’s three strikers out of the lineup. The one remaining in the first-team squad is Tosaint Ricketts, who started the match against Houston, only his second start of the season.

However, there are a number of younger players from Whitecaps 2 who could fill in if required.

Simon Becher was given his MLS debut on the weekend, scoring a goal and both Easton Ongaro and Emiliano Brienza have had decent seasons with WFC2.

Sartini said that at least one from WFC2 will make the trip to Los Angeles, but he has not made any decision on whom yet. That will come as the coaching staff evaluates the Galaxy and compares matchups later in the week.

“For sure, we’ll bring someone with the team. We don’t know if to start or not.”

Jake Nerwinski talked about the upcoming match as well, pointing out the strong attack the California-based team has.

“They have Chicharito [Javier Hernández] and [Dejan] Joveljić up top, which are two very good scorers,” the defender said. “They’re very dangerous. They’ve got fast guys on the wings. So, I think their front four or five guys play very well—very dangerous—but hopefully, we can exploit their back line. Their defence has been kind of hemorrhaging goals as of late.”

He also called out his team for their starts. In their past three matches, the Blue-and-White have conceded a goal in the first 20 minutes.

“It’s being mentally prepared right from the beginning. Sometimes we wait to be punched in the face. I think we should do the punching.”

This has been an issue throughout their season. The Whitecaps seem to enjoy playing from a position of adversity; or if they do not enjoy it, at least do better from it. But this is not sustainable over the long term. It may make for enjoyable, last-minute draws and wins, but they need to find ways to enter into matches earlier.

Health and Safety finally headed in the right direction

Of the six players who were on Health and Safety protocol last week, four have officially cleared. Florian Jungwirth, Andrés Cubas, Marcus Godinho and Caio Alexandre were all seen at training today.

Sartini also said they expect Luís Martins and Cristian Dájome to be ready soon as well.

Nerwinski said while the protocol is necessary, it does throw in added difficulty in trying to figure out who’s going to be training when a breakout occurs in the squad.

“I’ve been on the wrong end of it once this season, and it’s very difficult,” Nerwinski said. “Once you get the testing, you’re almost like waiting to see who’s going to have it, who’s not going to have it. So, that’s in the back of your mind too that’s, you know, you might be testing negative one day and positive the next and you’re out for a week as well. So, we have no idea who’s really in and out. But it seems like the dust has settled a little bit. We’re getting guys back.”

This leaves only White, Cavallini and Caicedo as the only players who would not be up for consideration for Saturday’s match.