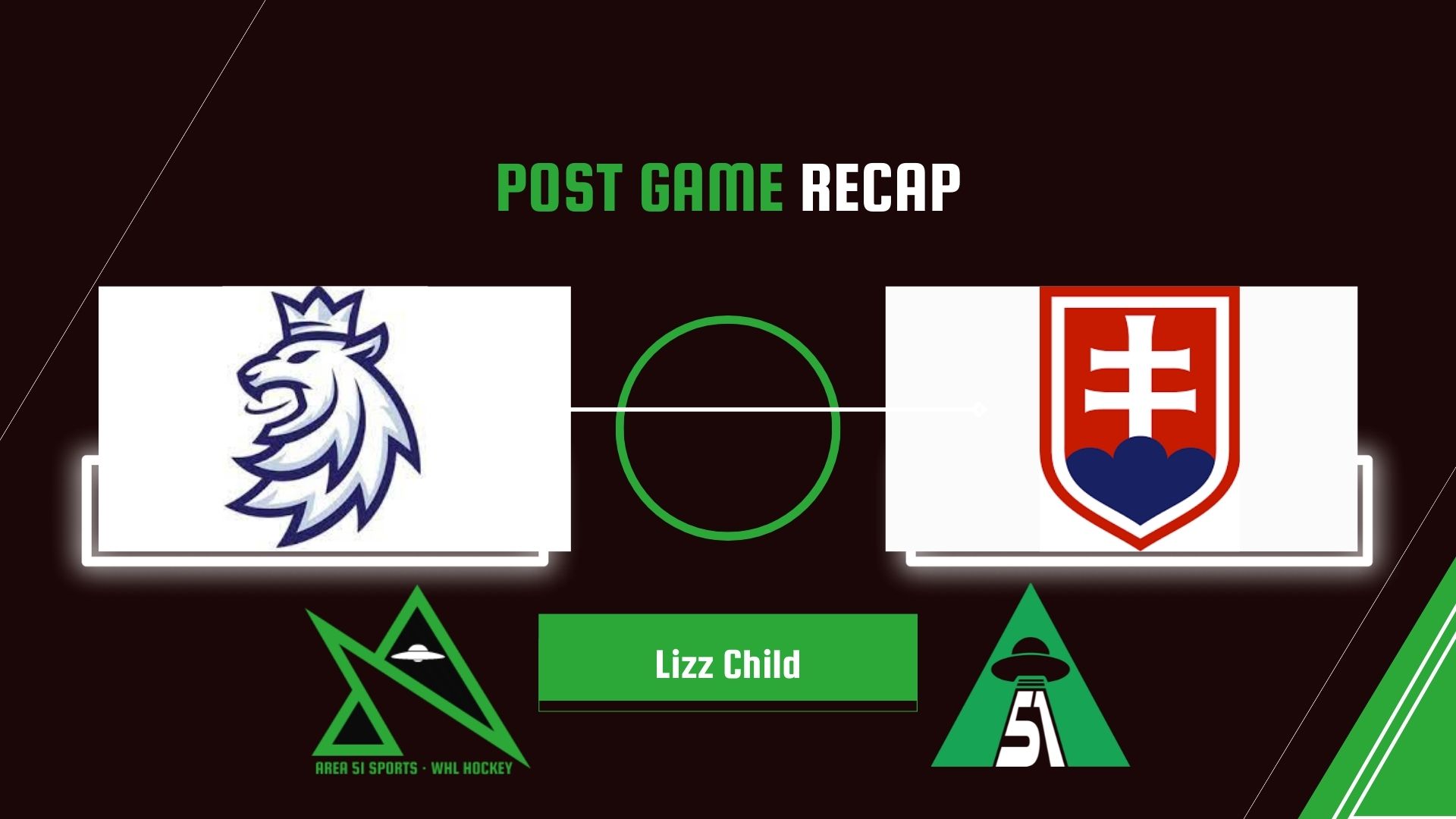 WORLD JUNIORS ARE BACK!

August hockey is on in Edmonton as the 2022 World Junior Championship is finally underway (again) and the first game of the tournament featured Czechia and Slovakia.

While Czechia looked strong out of the gate, an early goal from Servác Petrovský (OHL/Owen Sound Attack) just 3:20 into the game gave Slovakia the lead. Just 2:27 later, Slovakia would get another, this time off of the stick of Matej Kašlík. Unfortunately, the wind seemed to come out of Czechia’s sails as they looked for a way back into the opening game of the tournament.

Late in the first period, Czechia would see the first power play of the game as Samuel Honzek headed to the box for high sticking. Czechia looked good on the power play and used the momentum to finish the first period with a few quality chances. However, Slovakia made it to the first intermission up 2-0 despite being outshot 16-6.

Heading into the second period, Czechia was looking for more from goaltender Jan Bednář, hoping he was just getting some nerves out of the way in the opening frame. That said, Czechia took control early in the middle frame, with Martin Ryšavý (WHL/Moose Jaw Warriors) picking up a nice feed from Matouš Menšík 2:22 in. The onslaught of shots coming from Czech sticks began to work in their favor as Michal Gut (WHL/Everett Silvertips) picked up the equalizer. It may be Jan Myšák (OHL/Hamilton Bulldogs) who gets the final credit for the goal, but at the time of writing, Gut still has it.

The second period continued to bode well for Czechia as they took their first lead of the game as Matyáš Šapovaliv (OHL/Saginaw Spirit) scored with 2:25 left in the period. Three unanswered goals would have Czechia leading as the two teams headed into the second intermission.

Though he faced just eight shots in the period (two more than he did in the first period), Bednář did just what Czechia needed him to and looked much more comfortable in net. The total shots through 40 minutes were 41-14 in favor of Czechia.

7:56 into the third period Myšák scored to put his team up 4-2 with a fun goal to watch.

Nine seconds into a 5-on-3 powerplay, Rayen Petrovicky took one back for Slovakia, making it a 4-3 game.

Less than three minutes later, on another power play, Kašlík would pick up his second of the game, tying it for Slovakia with 3:12 remaining in the period.

However with 1:50 remaining in the game, Gabriel Szturc (WHL/Kelowna Rockets) picked up the eventual game-winner in the 5-4 Czechia victory.

On the other end of the ice, Simon Latkoczy stood tall for Slovakia, stopping 47 of the 52 shots he faced in the unfortunate loss. Latkoczy was named player of the game for Slovakia.

David Jiříček (WHL/Spokane Chiefs prospect) was named player of the game for Czechia.