OPINION: Enjoying the World Juniors is Business as Usual 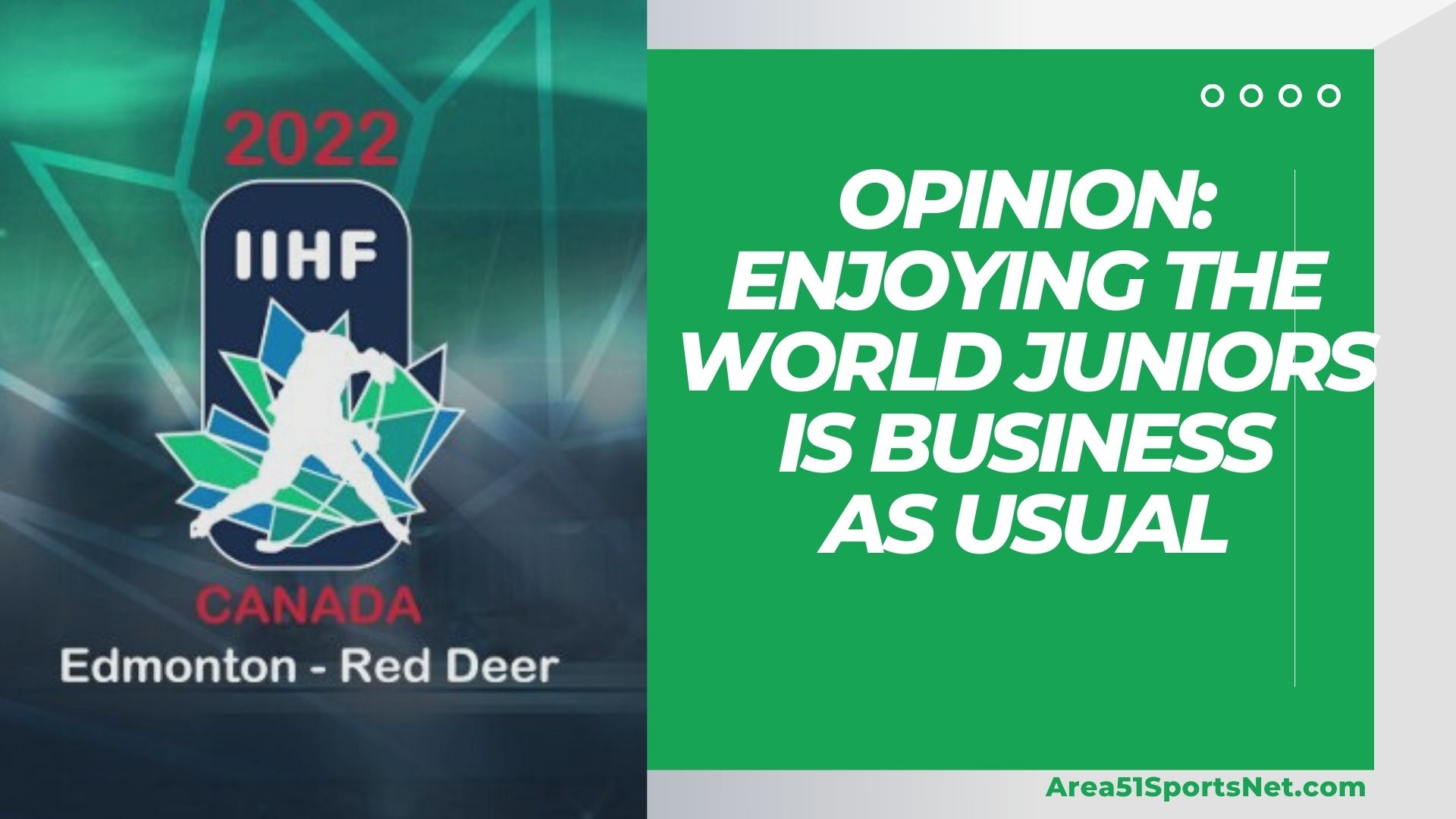 Over recent weeks, I’ve had people asking if I will be watching the World Juniors. I’ve also seen people saying they won’t be able to watch the tournament as per usual due to the news surrounding Hockey Canada. Also, the coverage of this summer’s tournament may feel a little bit different for a multitude of reasons. No need to recap everything that has been happening, the news is everywhere if you want to find it, but don’t feel bad if you also want to simply enjoy the tournament as you would any other year.

However, there should be no reason to discredit the athletes who have done so much work to get to this moment. On top of that, the IIHF and Hockey Canada are not the same organization. While the tournament is hosted in Canada, this is not a Hockey Canada event. Yes, the team from Canada has a lot of focus on them, but this is hockey. That is to be expected. Regardless of any issues with the organization and players, we can’t treat every player as though they are the problem. Though the situation with Hockey Canada is not an isolated issue in hockey, there are many more in the sport who deserve to be celebrated than not.

The WJC is another avenue into supporting players, rather than organizations. However, the organizations will always be part of competition. There are plenty of ways to vocalize and acknowledge issues within the sport without simply ignoring a major part of it. Of course, if anybody is uncomfortable with partaking in viewing or talking about the tournament, that is absolutely okay as well. There is just no reason for anybody to feel obligated to treat the event like it’s taboo or something that someone should be ashamed of enjoying. It might be a bad situation, but I have no issue saying that I will be fully invested in the tournament anyway.

Especially for enjoyers of junior hockey in general, the World Junior Championship is the peak of what most look forward to and it’s typically the time when there are the most eyes on players of this age every year. There is so much to be excited about as this tournament takes place. We have a WJC in August! This is a weird situation and honestly, I’m excited for it. Yes, there will be stars missing. Yes, there are arguments that the event has become too commercialized over recent years. It’s still an event to look forward to, and we get two within months of each other.

Overall, I’m excited to play part in bringing coverage of the 2022 U20 World Junior Championship and can’t wait to see how the tournament plays out. We will see stars rise to the top and it will be an exciting time to see who pops up as surprises over the coming days. We’re finally going to find out if the US team can defend their title or if we will see a new champion reign supreme.