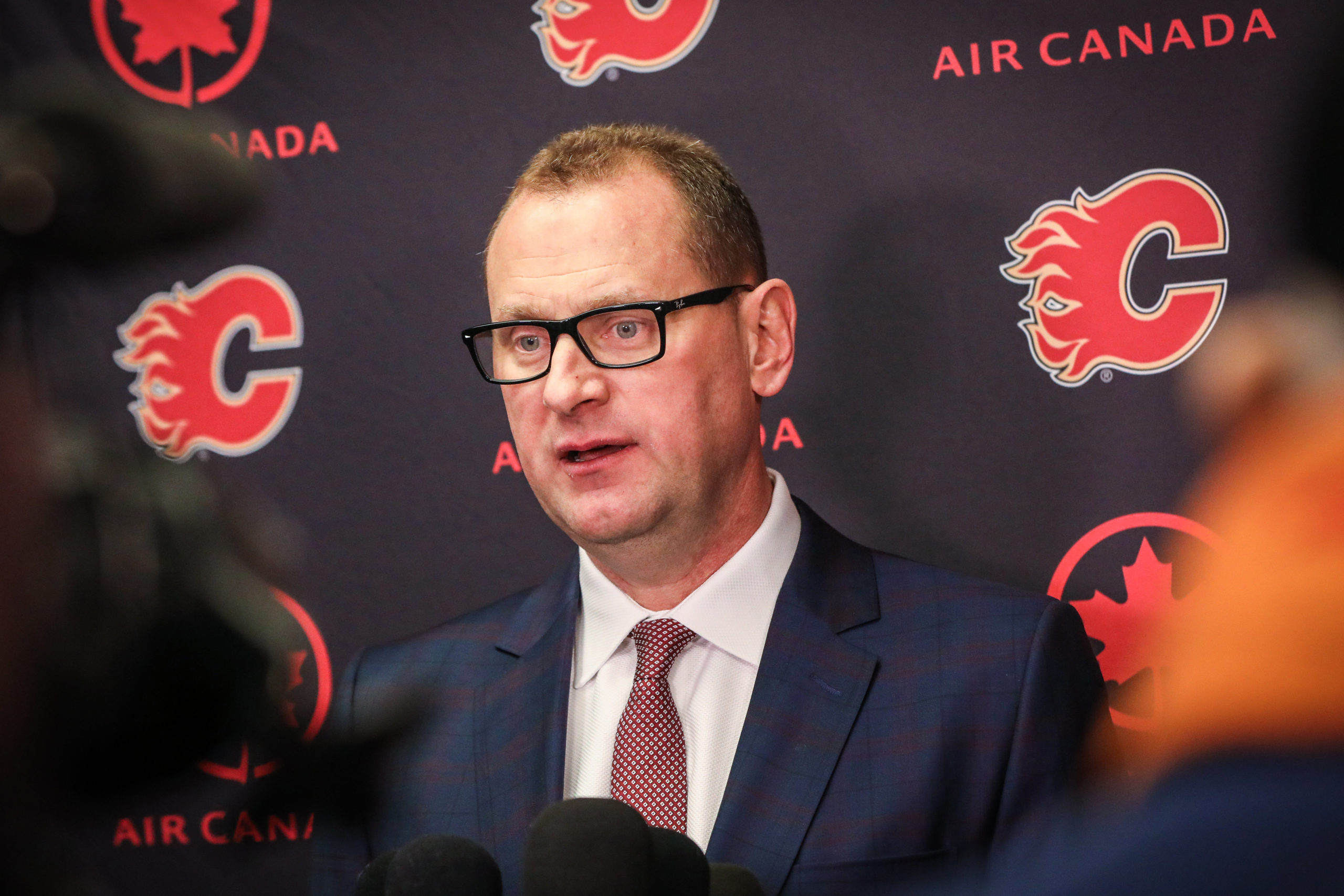 The night was July 12. Flames general manager Brad Treliving gave the sad news to Flames fans. Johnny Gaudreau was not coming back to Calgary.

Then, not less than a week later, Matthew Tkachuk told the Flames he was not interested in signing long-term with the Flames.

These are the gut punches that set franchises back years. Two young and dynamic faces of the franchise players opted out. They, along with Elias Lindholm, were on the best line in hockey last year. Fans were clamoring and preparing for a rebuild.  They looked at who could be traded. Chris Tanev, Mikael Backlund, Jacob Markstrom and even Lindholm. Some even questioned if Treliving should be the GM. Content creators started talking and charting about how to do a proper rebuild.

Treliving certainly didn’t suck his thumb or go into a fetal position. He got pissed off. Specifically, at the shots Calgary as a city has taken. Then, he got to work.

First working with the Tkachuk camp to facilitate the first ever sign-and-trade deal in the NHL with the Florida Panthers. Then after acquiring a staggering haul for Tkachuk, which included Jonathan Huberdeau and Mackenzie Weegar, Treliving decided to navigate the busy airports and fly to Montreal. On what Treliving thought was a private dinner, this dinner became common knowledge in the hockey world. For Huberdeau, it meant the world.

“It meant the world to me,” Huberdeau told Calgary media after signing a year 84 million dollar contract.

That quite likely had the name “Johnny Gaudreau wiped out and replaced with “Jonathan Huberdeau”.

“He didn’t have to do that,” Huberdeau continued. “We could have had a Zoom or something like that, but I think in person, that’s how you get to know someone better and I appreciate it for him to take the time and come see me from Calgary. It’s not a short flight…he flew back right after.”

This is one of Treliving’s strengths. His humanity and his ability to connect with people. In a world where we use words like asset management and chips all in, Treliving understands that players are people first. He treats them like it and the most successful and truly good people in this game get it. The now famous dinner was probably a no-brainer for Treliving. For Twitter, it was stunning.

Let’s not forget this isn’t the toughest of the waters Treliving has faced. He had to navigate the accusations and eventual dismissal of Bill Peters. The tweet from Akim Aliu came during the third period of a game between the Penguins and the Flames and that was a road game for the Flames.  Treliving jumped in and acted with dignity and grace.

“Talking to the staff and the management, they really wanted me”, Markstrom told the media after he signed in Calgary in October 2020. “I really wanted to go somewhere they believed in me. They really did that and gave me a great contract.”

Think about this. There are several teams that have discussed for MONTHS what the next move is. The Jets with Blake Wheeler and the Canucks with J.T. Miller for example. There are teams that cap strapped and there are teams that need to get to the floor. It took Treliving a week to pull off a blockbuster that got the Flames a top end left winger and an elite defenceman, plus a solid prospect, (Cole Schwindt) a conditional first and a conditional fourth.

You can argue about the lenght and amount of Huberdeau’s contract. But this was a masterclass in turning chicken salad out of chicken you know what.  This is essentially a trade of Gaudreau and Tkachuk for Huberdeau, who tied Gaudreau for second in the league in scoring. Mackenzie Weegar was a trade target of a few teams over the years, as well as on the Canadian Olympic Team radar if the NHL ended up going. They also got a solid prospect in Schwindt and a first-rounder. This would be the envy of many general managers in this league.

This isn’t only the best offseason Treliving has had as Flames GM. He has had the best offseason of any GM this season. His defiance, innovation, and most importantly, his humanity have kept the Flames in the playoff and division hunt next season.

Flames fans can’t get the smiles off their faces.