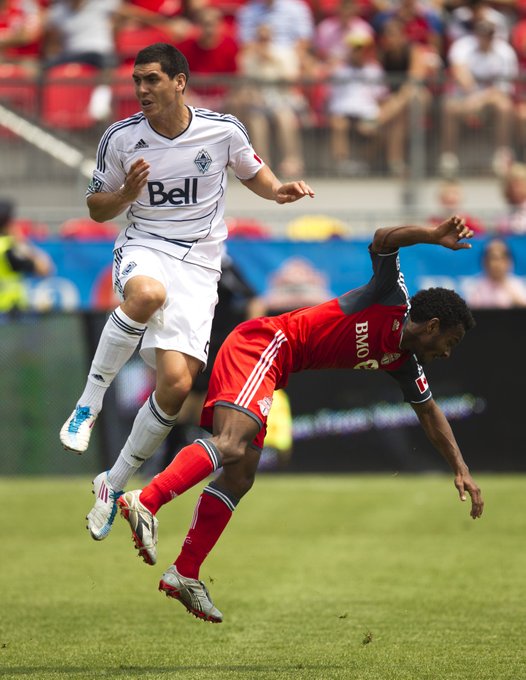 It’s been a couple of days since that train wreck of a match that saw the Vancouver Whitecaps capitulated to the Chicago Fire at BC Place. For the casual fan looking to see how much of a fortress the home stadium has become, that was not the match to watch.

I think, like many others, that it’s safe to say the mindset of the players was elsewhere. With the Canadian Championship final looming large, that is where the priorities lay.

It does leave the Whitecaps in a bit of a growing predicament in the MLS. There are 12 matches left in their season, and they are currently sitting four points out of a playoff spot.

But let’s leave that story for another day. Right now, my mindset is changing as well.

The Canadian Championship and a cup on the line

It is without hyperbole to say this is the biggest game in the past four years for the franchise, the last time they were at this stage in the Canadian Championship.

In that year’s tournament, the Whitecaps lost 7-2 on aggregate to Toronto FC. The match on Tuesday is a chance to get back at the same opponents.

Vanni Sartini said he was aware of how well Toronto played against Charlotte last weekend, but he believed there would be opportunities to exploit.

“We need to be very concentrated, aggressive and compact defensively and not give to them any chances to play and make them be frustrated because they’re not breaking our block and trying to exploit that frustration getting over those spaces they will leave…I think the key to winning tomorrow…is to play well defensively, especially when the ball is in their half,” he said.

The head coach said Toronto is a very offensive-minded team and while that pressure can be difficult to defend against, it does create spaces for quick counterattacks.

“We know there’s chances for us,” Sartini said. “Because even against Charlotte, they won 4-0, but they conceded clear chances to the other team, that if [they] were converted in goals, maybe the game would have gone a different way. What we need to do is to convert those chances on goal.”

In terms of the Whitecaps’ own play, the coach said he was happy with the number of chances they were creating. But he said they had to do a better job in converting those chances.

In the last match against Chicago, the ‘Caps had several chances go lacking. Newcomer Julian Gressel passed into Cristian Dájome only to have the Colombian hit the post.

Dájome was also involved in the play that saw Ryan Gauld break into the box undefended. Unfortunately, the Scot was not able to get full control of the ball before meeting up with the goalkeeper.

Chances also were left wanting in the Portland match with heavy final touches and missed crosses. Capitalize on one of those and it is a different match.

“Tomorrow we need to create those chances like we’re doing lately, but also to convert those chances in front of goal,” Sartini said.

So far, the Whitecaps have sold more than 20,000 tickets to the match. They hope to make it the most attended Canadian Championship match in the tournament’s history.

Sartini said having a paced stadium motivates the players as they feed off their energy.

However, the coach was also conscious of the fact they have a responsibility to their fans.

“We know that tomorrow is a Tuesday night. So, it’s a mid-week game. People come straight from work to see us. People, they have a million things to do in Vancouver. Luckily, we live in a fantastic city. So, they choose to see us instead of doing something else. They’re going to spend their very hard-earned money because coming to see us is not free. So, I think out of this, we need to really be responsible and to give 150 per cent what we have in our body and our mind and our heart in order to try to win this game.”

He has said repeatedly over the past few weeks that having the Canadian Championship final at BC Place is special, and they do not want to waste that opportunity.

The magic of a cup final

While this is Sartini’s first cup final as a coach, it is not his first as a fan or a player. He was asked to think back on those experiences and reminisce about what they meant.

“As a fan, one time when Fiorentina won the Italy Cup (Coppa Italia) , they were playing away and all (of) the city waited for the team to come back at night. And we went all to the stadium and it was a fantastic celebration. It was really beautiful.”

As a player, Sartini spent time in the lower divisions of Italian football. He said his team won a lower division region cup which was one of the more satisfying experiences as a player.

His hope is for his players in Vancouver to experience everything there around the match on Tuesday.

“Don’t be overwhelmed by the pressure of the game, but enjoy it. It’s a final. We need to win it, but I don’t think we’re going to win it if we don’t enjoy the everything—the preparation, the fact that there’s going to be a lot of people, the fact that the cup is there ready to be lifted.”

The almost forgotten: Bikel is back

Caught up in the spectacle of the Canadian Championship, it has almost been lost that Janio Bikel has returned from his loan with Vicenza in Italy. He was seen at the training ground last week ahead of a medical.

But do not bet on the player jumping back into the lineup just yet.

“It’s a preseason basically,” Sartini said about his returning player. “He finished the season with Vicenza at the beginning of June. And then from that, he had his six weeks off. So, normally you need six weeks to get back in condition as a preseason. We’ll try to shorten this period, but at least he will need three weeks in order to be in a condition that allows him to be up to speed with the other guys.”

Bikel was a fan favourite during his time with the Whitecaps before his loan. The hope is that he will add depth into the middle of the pitch and force players to be at their best to retain their positions in the starting lineup.