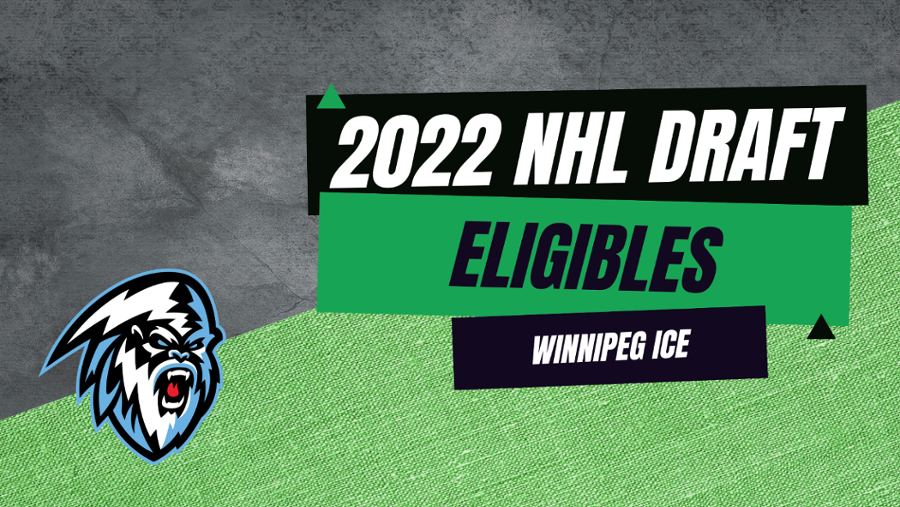 During the first round of the NHL Draft on Thursday, it is widely expected that two of the Winnipeg ICE stars will be taken. 14 members of the 2021-22 Winnipeg ICE roster are eligible for selection later this week, but let’s take a look at Matthew Savoie, Conor Geekie, and Mikey Milne

The first is Matthew Savoie. Savoie had 90 points (35G,55A) in 65 games with the ICE last season. That was good for seventh during the regular season. Injured during the WHL playoffs, Savoie still finished with 12 points (6G,6A) in 15 games. He’s ranked eighth on Recruit Scouting’s Board, sixth on Sam Cosentino’s Board, and ninth on Bob McKenzie’s Board.

Savoie was particularly impressive at the on-ice sessions during the  CHL prospects game. mid-season Savoie finished first in four separate on-ice sessions. They were the 30m forward with puck, weave agility with puck, transition agility, and reaction with puck.

Both Chaisson and McKenzie agree that Savoie would be more suited as a winger than a centre. Even so, all three see high offensive talent from the ICE forward. Cosentino has compared him in style to a Johnny Gaudreau or Patrick Kane. His high-end skills and savvy project him a top-six forward in the NHL. The thing that scouts would like Savoie to work on is his consistency. In the RecruitScouting draft rankings, Gavin Chiasson wrote:

“To become better, I want Savoie to show more involvement sometimes, gain consistency, and to lower the amount of times that he is lazy, just to round out his game a bit more and a tad more patience would help too.”

Derek Neumeier, a scout with FCHockey, was impressed with Savoie’s personality.

“Awesome personality. Infectious work ethic. The guy plays with his heart on his sleeve. Always moving his feet, He’s got a lot of energy. He’s got a lot of smarts. More of a shooter than a playmaker. But he’s pretty good at both. I don’t think there is a team that doesn’t love him. Any team would love to have him.”

Next from the ICE is Conor Geekie, the perspectives on him range quite a bit more than with Savoie. Chiasson has him ranked 28th. Cosentino ranked him 11th. McKenzie 13th. There were high expectations for Geekie this year. He had 70 points ( 24G,46A) in 63 games during the regular season. Geekie had 11 points (3G,8A) in the playoffs in 15 games. But for Neumeier, Geekie’s game really didn’t take off.

“At the start of the year, the debate was Savoie and Geekie for this region. Some liked Savoie better. Some liked Geekie better. It was exciting to watch the ICE because both players played on the same team,” Neumeier said.

“Geekie came in with a ton of hype, a ton of potential. His game really didn’t go anywhere. He still had a good year. Over a point per game. But there wasn’t a ton of growth between this year and last year. He’s a big body and he’s strong. Surprisingly soft hands. Perfect offensive sense. But the lack of progression is worrying. Is he putting in the work? Or does he feel that he has done enough? He was frustrating to watch. We dropped him on our boards.”

Despite the concerns Neumeier has, Geekie could still go early due to his potential.

“I’m sure some teams are still really high on him,” Neumeier noted “If the best-case scenario happens, he’s a top-six centre who can play a power game. Those are always in high demand.”

Cosentino agrees about the potential. He writes that there is a lot to like about. His size and skill. He has a plan when he has the puck. Puck touch and release are positive elements. However, Chiasson had some similar concerns with Neumeier on his consistency:

“Geekie does not open up space on the ice and is slower than many players in this class – so there are definitely some obstacles to overcome. Geekie can also be inconsistent for games at a time, but you are getting someone who can throw the body, demand the play around him, and win battles along the boards when he is involved. I just think Geekie may be a little limited in overall potential.“

One eligible player in the draft from the ICE is Mikey Milne. He had 81 (38G, 43A) points in 68 games. He also had a strong playoff tying Dylan Guenther for the lead in goals in the playoffs with 13. Although he is not expected to go in the first round. Matthew Somma from Smaht Scouting thinks Milne can help a team.

“Milne’s game fits an NHL style and I could see a team taking him this high in the draft if they’re looking for an immediate boost to their prospect pool.”

The first-round draft starts on Thursday. Round 2-7 will be on Friday.