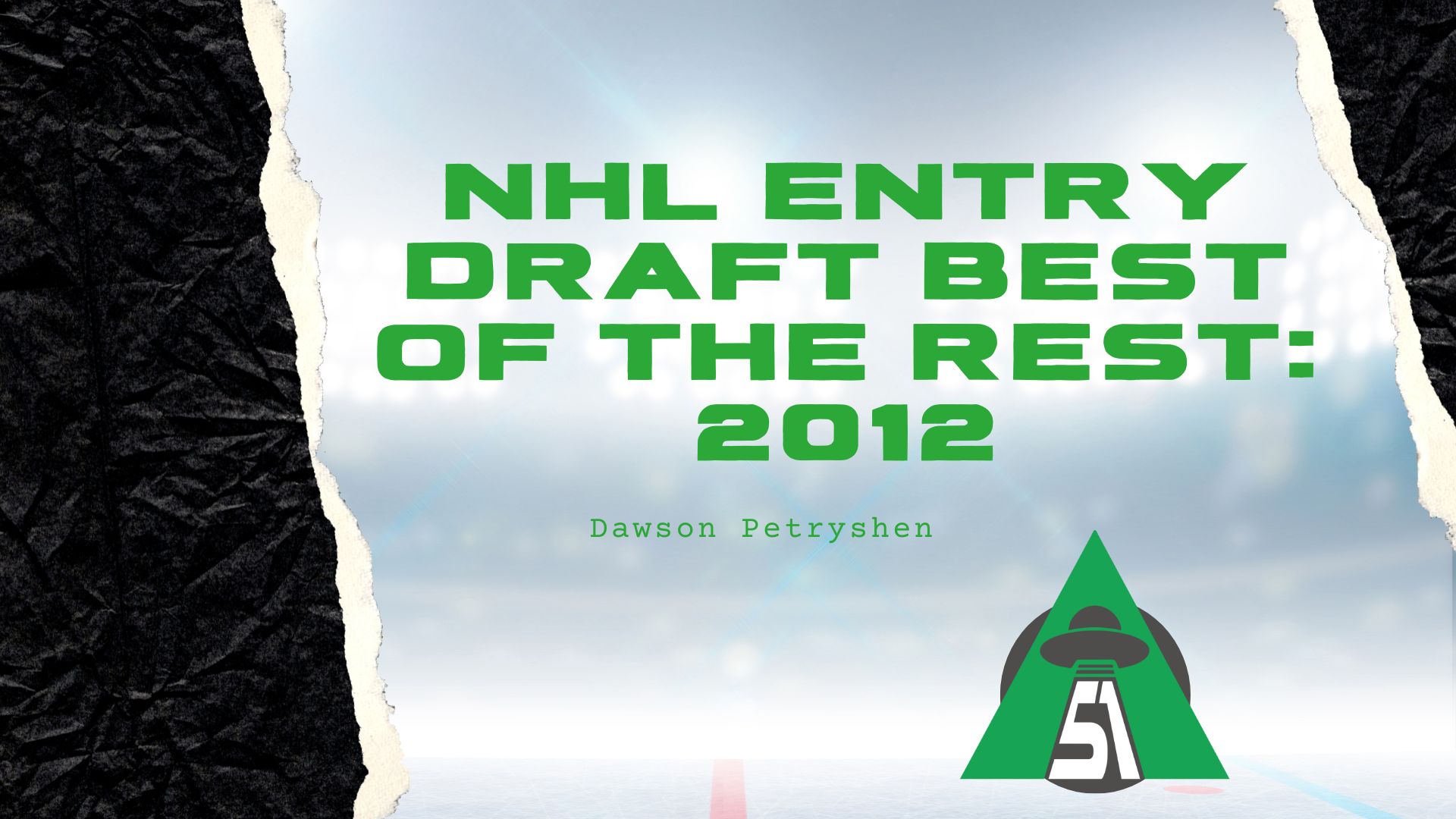 Everyone remembers a stand-out first-round pick from the NHL Entry Draft. Connor McDavid, Mitch Marner, and even players that are making impacts this season like Trevor Zegras and Moritz Seider. Maybe even upcoming standouts like Shane Wright and other CHL stars?

What about those that weren’t as fortunate, or maybe had to put in more work than others? Later-round draft steals happen all the time, and some even feature franchise-altering talent. In this series, we go over these kinds of players, or put simply, the best of the rest.

The 2012 NHL Draft wasn’t particularly known for its star-studded cast, so finding talent in this year’s pool was of utmost importance. However, the first overall selection went to the Edmonton Oilers, just one year after taking Ryan Nugent-Hopkins from the Red Deer Rebels. Edmonton went on to select Nail Yakupov, and the rest is history. Contrary to popular belief, the rest of this class is littered with good picks.

Hellebuyck was a fifth-round, 130th overall pick to the Winnipeg Jets. In his draft year, he posted a 26-21-5 record with a 0.930 save percentage and a 2.49 goals-against average with the Odessa Jackalopes of the North American Hockey League.

After being drafted, Hellebuyck moved on to UMass-Lowell for a couple of seasons, collecting 12 shutouts in 53 games. Once he felt like it was time to move on, he spent two seasons in the AHL, splitting time with Eric Comrie and longtime NHL veteran Peter Budaj, and continued to put up solid numbers. Jets coach at the time, Paul Maurice, decided he’d seen enough and brought Connor to the main group. Now going into his eighth season with Winnipeg, Hellebuyck has added a very impressive stat sheet, along with the 2020 Vezina trophy (and several finalist positions) to his resume.

Andersen is one of those goalies where most would think “wait, he was drafted by that team?” being selected 187th overall by the Carolina Hurricanes… at first. The Danish netminder could not come to terms with the Canes, so he re-entered the draft and was picked up 100 spots earlier by the Anaheim Ducks.

Spending his draft+1 year (the lockout-shortened season) in the minors, Andersen was very good for a rookie goaltender (similar to Hellebuyck). Largely splitting time with Igor Bobkov, Freddie took on the starter role almost immediately, playing 47 games and collecting four shutouts. In the summer of 2016, Andersen was traded to the Toronto Maple Leafs for the two picks that would become Sam Steel and Maxime Comtois.

Five seasons later, behind a largely spotty defense, Andersen held his own but saw no playoff success. That being said, he does own the 2016 William Jennings Trophy as well as the 2022 award as a member of the team that originally drafted him, the Carolina Hurricanes, alongside Antti Raanta.

The first CHL pick on this list, Stephenson was a 77th overall pick to the Washington Capitals, coming from the Regina Pats. Despite not having a wild career trajectory for a later-round pick, there has been some solid progression for the Saskatoon native. Spending his first professional season in Regina, and dipping his toes into two games with the Hershey Bears (AHL) Chandler was well over a point per game player in junior.

In 2015-16, he got his nine-game tryout stint with the Capitals, recording zero points and was a minus-three. Again getting limited time the following season, playing just four games, Stephenson finally worked his way into the main roster for the 2017-18 season; and what timing it was, as he enjoyed a ride all the way to the franchise’s first Stanley Cup.

Posting six goals and 12 assists for 18 points in 67 games, the forward had found a place to stay, albeit as a bottom-six player. Just before 2020, Stephenson had been traded to the Vegas Golden Knights for a fifth-round pick. This is where his production started to take off, posting 22, 35, and 64 points in three seasons with the club. At 28 years old, he may have hit his prime, but an effective player nonetheless.

Although he’s never played more than 78 games in a season, Adam Pelech has carved his role with the New York Islanders into one of the best pure shutdown defencemen in the league today. A 65th overall pick from the Erie Otters, Pelech became a near-point per game player in his final year with his junior club.

In 2014-15 he played 65 games with the AHL affiliate Bridgeport Sound Tigers, and the following season got his taste of the bigs with nine games and two points. Unfortunately, Adam only played 27 games in the minors that season and hasn’t really stayed healthy for the majority of his career; his only full season coming in the shortened 2020-21 campaign, due to the pandemic. However, when in the lineup, Pelech is a force to be reckoned with and at just 27 years old, has the entire back half of his career ahead of him.

A few years before the emergence of Cale Makar from the Alberta Junior Hockey League’s Brooks Bandits, Parayko was drafted 86th overall from the Fort McMurray Oil Barons. Posting nine goals and 33 assists in his draft year, Parayko and the Oil Barons went on to, unfortunately, drop the championship finals to the aforementioned Bandits in six games.

Deciding to get some more practice, he moved on to the University of Alaska-Fairbanks where he put up a 17-49-66 stat line in 104 total games. While it helps that Parayko has been a relatively healthy presence on St. Louis’ back end for the better part of a decade, there’s no denying the offensive impact he has; in his eight NHL seasons, four of them include 30+ point campaigns and coming just short with 28 twice. This type of consistency is hard to find later in the draft, and current General Manager Doug Armstrong will be looking for something similar in this year’s draft.

Five Canadians To Watch At The 2022 Hlinka Gretzky Cup