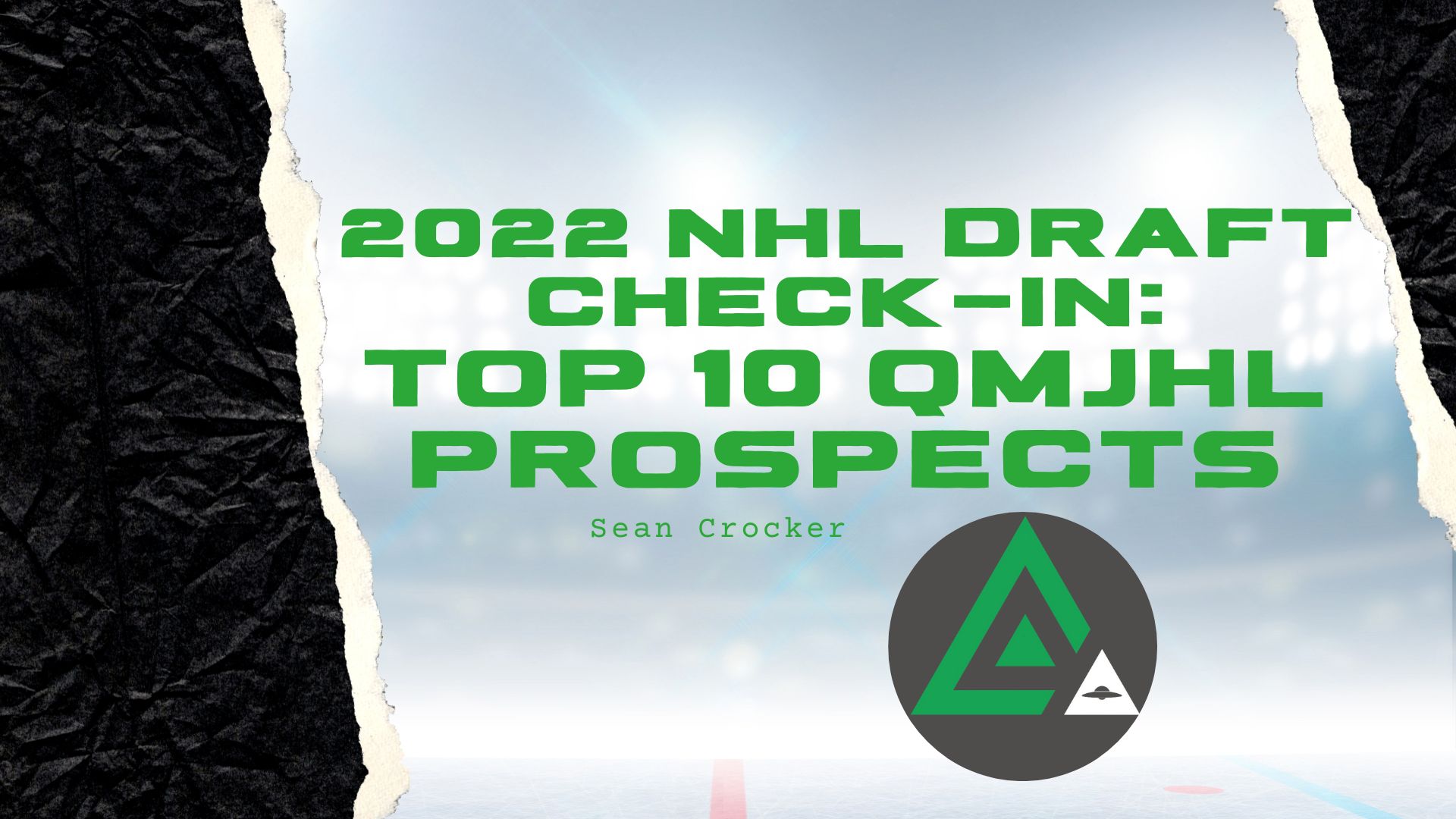 With the NHL draft just mere days away, each mock draft and draft ranking list adds speculation to where each player will land. The QMJHL stands to send a decent crop of draft-eligible players to Montreal where they hope to hear their name called by an NHL team, and there is more reason than not to assume some of these players could be considered in the top half of the draft, with diamonds in the rough falling to the later rounds for teams to take swings on their overall upside.

Below are the top-10 ranked skaters in the QMJHL according to NHL Central Scouting and how these players stack up to their draft class. Each player expects to hear their name called and some should hear them in the early portion of the draft.

The consensus top prospect from the QMJHL is Nathan Gaucher of the Quebec Remparts. Gaucher brings a mixture of size and skill with a very strong hockey IQ. He uses his 6-3 frame to bully his way to winning puck battles, something NHL general managers value greatly to support their core.

Corey Pronman of The Athletic had Gaucher as high as 13th overall, putting him in the range for the New York Islanders to take a swing on his potential, while NHL Central Scouting has him ranked 16th among North American Skaters. Given the bevy of European talent, it would not be a surprise to see Gaucher fall to the mid-to-late teens of the first round.

While some drafts are nice to him, others, like FCHockey, have Gaucher falling out of favour in the first round and only hearing his name called on day two of the draft. Meanwhile, NHL.com has Gaucher falling to the 21-23 range with the Pittsburgh Penguins or St. Louis Blues as strong suitors for him and Bob McKenzie’s ranking puts him around the 28 range, making his overall range from 13-30, a wide range for a first-round pick.

A large defensively minded player, Lamoureux uses his 6-7 frame to bully his opponents while weaponizing his long reach to break up transition plays into his defensive zone. Usually, we see players with higher upsides go in the first round, so it is not a surprise to see a more defensive player land from the range of 29-44.

Known to be a minute-munching defender with a right-hand shot, Lamoureux could be enticing for teams in need of defence, but his lack of offensive flair indicates he could fall into the second round until he is eventually taken by a team looking for a more sure-fire option to play for their team in a few years time.

For Luneau, there is a consensus he is a first-round talent who will be available in the back half of the first day. The former first overall pick in the 2020 QMJHL Draft has an interesting pedigree as a big right-shot defender who can play both sides of the puck.

Putting up 43 points through 63 games, Luneau reached an impressive level of play in his first draft-eligible season and will bring an all-around game to whichever team in this range decides to take a chance on him. The 6-2 defender will have plenty of suitors if he is still available when day two of the draft begins.

One of the steadiest risers throughout the season, Warren has risen from the middle of the fourth round early on to being consistently projected as an early to middle second-round pick. What gives? Warren’s 6-5 frame and ridiculous wingspan allows him to be a transition-killer. He plays a style that typically sticks out to NHL front offices with a strong, responsible two-way game, and can contain explosive opponents one-on-one. His stature and style are beyond his years and that of his peers. While he might need a few years to find a way to the NHL, Warren has all the tools to become an effective top-four defenceman at the next level.

While Spacek is unranked on most draft boards, due to his overage status, he was left off the rankings as opposed to mock drafts. Teams sometimes tend to stay away from older players, but Spacek is just getting started in North America. As a defenceman, he put up 50 points across 57 games in 2021-22. His physical presence and his fundamentally near NHL-ready game is something teams might consider taking a chance on between rounds four and seven. He brings a lot more certainty than a lot of players his age, which will be a factor if he hears his name called, despite his lack of offensive prowess.

As the Eagles struggled this past season, Langlois shone the brightest for the team providing a stable and consistent offensive presence from the back end. Among the top ten in defensive scoring in the Q, Langlois is relentless in the offensive zone and always looks to force turnovers to help his team create a scoring opportunity.

His accurate pass and ability to win battles highlight his strength but needs to step up his physicality on a more consistent basis to thrive at the NHL level. Given the pace teams are rushing to grab the offensively gifted players, Langlois could be an excellent value selection for a team needing to hit on a pick in the later rounds of the draft.

When he was drafted to the QMJHL, Furlong clearly needed to fill out his frame standing at just 5-9 and 153lbs. Since 2020, the defenceman has grown in stature growing to 6-1 and 190lbs, which bodes well for him two years later as he prepares to walk across the draft stage. Furlong has long been known for his offence, but most recently put up 42 points in 67 games, missing just one game on the year.

Furlong is a positionally sound player with the ability to play both sides of the puck. While he has grown and kept his offensive ability, he has developed a mean streak. An excellent defender at pinning the play against the boards to throwing a bone-crunching hit, He still has room to grow, with a late birthday and not turning 19 until late September, Furlong is one of the older skaters in this class, giving him a physical advantage for prospective drafting teams.

Few 17-year-olds accomplish what Dumais accomplished in his draft year in the QMJHL, where he put up 109 points (39G, 70A). Dumais has all the attributes a smaller player needs to succeed at the next level. Despite only being 5-9, Dumais is considered a top playmaker in the 2022 draft class, while he also has tremendous finishing ability around the net.

However, his downside is his technical skating ability, but that easily gets left behind when scouts consider his awareness, vision, and wherewithal to know when to join the rush and backcheck to play defence. Dumais finds comfort in the role of the underdog, making his third-fifth round projection a tool in his arsenal to do as he has done his whole career. Prove the critics wrong. He has the talent of a first-round pick but will likely fall due to the mix of his size and lack of consistent skating ability.

Known for his physical play, Savoie will likely be around in the late stages of the draft. What he lacks in offensive ability, he makes up for with his tenacious forecheck, willingness to play physically, and mechanics between skating and shooting the puck. Elite Prospects and Central Scouting have him in the 85 to 90 range, but with the lack of offensive explosion in his draft year, he could fall to the later rounds where whichever team lands the forward will be very happy with the fact, that they may have just drafted a fan favourite.

Booth has one of the wider ranges of possibilities scouts and pundits see in almost any player in this draft. Some drafts have him selected in the third round while others do not have him off the board until the middle of the seventh.

What gives? Booth has not been very impressive in previous seasons, primarily because of the COVID-19 pandemic limiting his playing time. Booth, heralded as a strong cerebral defenceman with above-average hockey sense, needs to become more consistent before he has success at the next level. He needs to home in his offensive game as well, as doing so could open a variety of avenues in an NHL top-four defensive core.