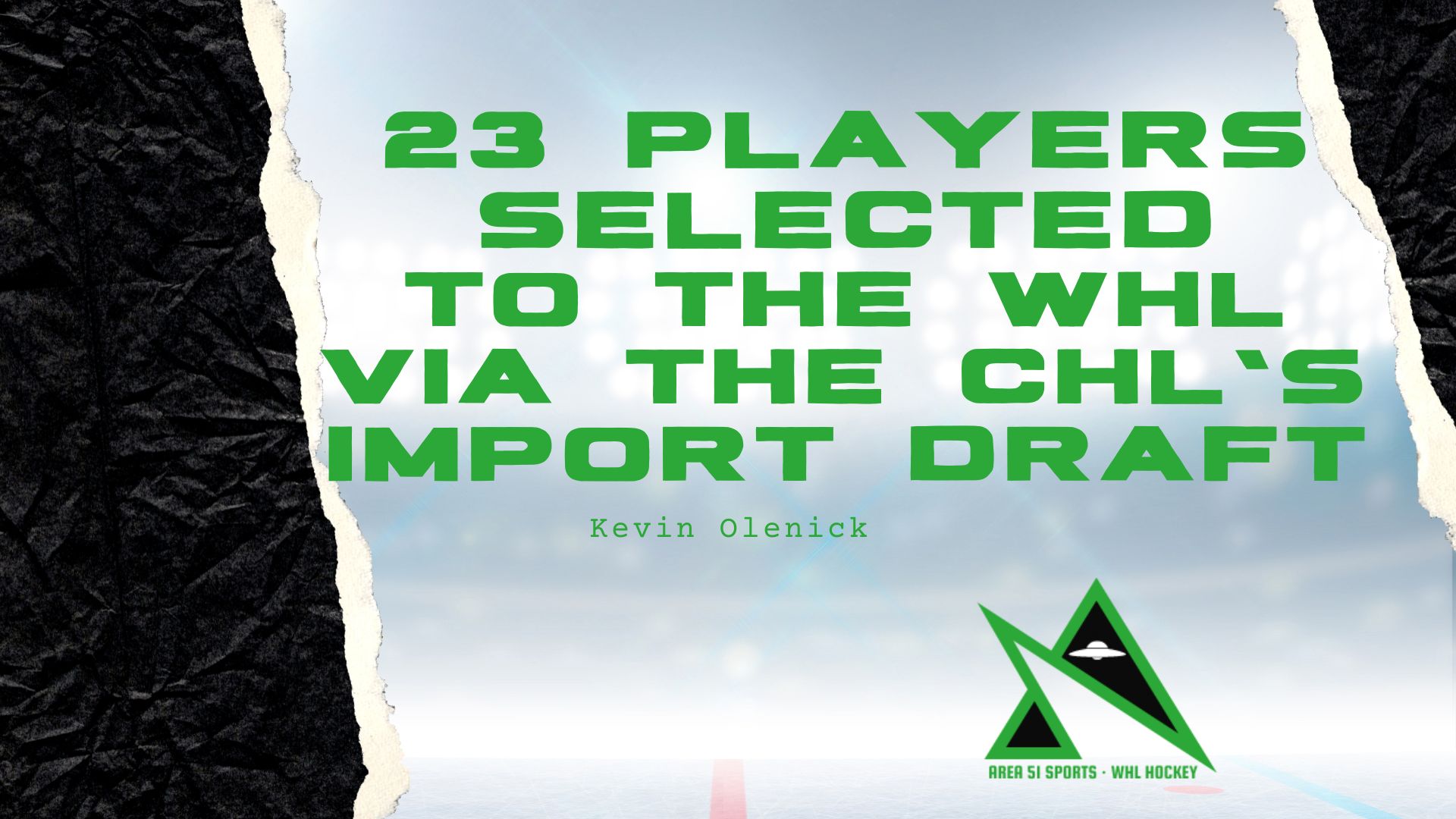 The Medicine Hat Tigers opened the entire CHL Import Draft with the selection of Slovak forward Alan Sykora. Sykora is a 5’10, 172 forward who had 17 points  (10G, 7A) in 46 games HK Nitra. Sykora also tallied three points in six games for Slovakia in the 2022 IIHF World Championship.

“Adam is a skilled offensive forward with a great motor and plays with intensity, Head Coach and General Manager Willie Desjardins told whl.ca.”He takes away time and space and is not afraid to be the first to pucks and play in the dirty areas. He had an excellent World Championships as one of the youngest players in the tournament, and we expect him to be taken in the first few rounds of the NHL Draft next week.”

Sykora is ranked 42nd amongst Europeans for Central Scouting ahead of the 2022 NHL Draft. He also has bloodlines in the WHL as his father Roman played eight games with the Tri-City Americans in the 1997-98 season.

19 of the 22 WHL teams were selected in the draft’s first round. Only the Prince Albert Raiders, Moose Jaw Warriors, and the Winnipeg ICE did not choose to pick in the first round.

The Spokane Chiefs pick in the first round, Tommaso De Luca, is the first player Spokane has ever selected out of Italy. The Chiefs have decided to protect their rights to projected 2022 first-round NHL selection David Jiricek (Czechia) and have released 2021-22 import players Yannick Proske (Germany) and Timafey Kovgoreniya (Belarus), allowing them to make Friday’s selection.

Janik Beichler, European scout for Spokane, gave a bit of insight into why the Chiefs wanted to add De Luca:

“Tommaso is a very skilled goalscorer. He excels at creating space for himself and has an excellent shot. He brings all the tools necessary to be an impact player in Spokane in his NHL Draft year.”

It certainly seems like De Luca is ready to head to Spokane soon.

Also selecting in round one, the Seattle Thunderbirds added Swiss defenseman Kai Knak, and if his surname sounds familiar, it’s likely because his brother Simon spent two seasons playing with the Portland Winterhawks on the other side of the I5 Rivalry.

The Vancouver Giants, Regina Pats, Kamloops Blazers, and the Everett Silvertips picked a player in the second of the two-round draft.

Just as with Spokane’s protection of David Jiricek, Vancouver’s selection of Jonathan Lekkerimaki is interesting as he is expected to go somewhat early in the first-round of the 2022 NHL Entry Draft. It will be interesting for fans to see where he ends up this fall, and Giants fans are going to have a lot to be excited about should Lekkerimaki make the move to the WHL.

Czechia dominated the WHL teams in the import draft. 12 of the 23 players selected in this draft were from  Czechia. Three were from Slovakia. Two from Sweden. One player was taken from Austria, Finland, Germany, Italy, Russia, and Sweden.