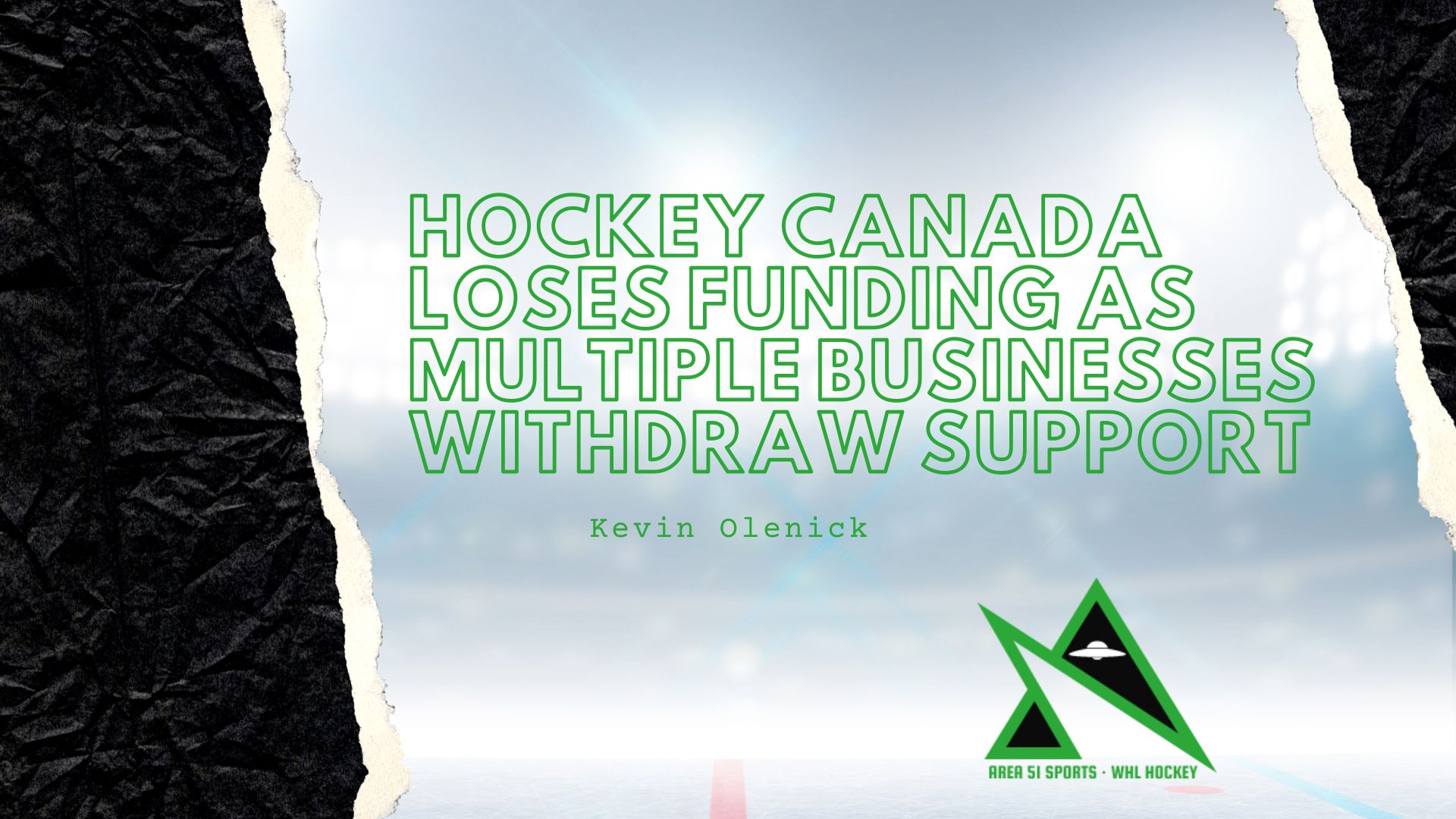 After the federal government announced they would be pausing funding to Hockey Canada last week, multiple major sponsors followed suit and announced that they would do the same.

In an open letter in the Globe and Mail, Scotiabank President and CEO Brian J.Porter announced they would be pausing sponsorships to Hockey Canada until the organization takes to “ improve the culture with the sport- on and off the ice”.

The pause of sponsorship includes planned marketing for the World Junior Tournament in August and the redirection of sponsorship money from World Juniors to other programs instead, such as the Hockey Canada Assist Fund, and the Women’s World Championship. They also announced that they will be making a donation to the Canadian Women’s Foundation. They also expect Hockey Canada to “fully cooperate with the Federal Government’s audit and ensuring our sponsorship funding was used as intended.”

Later in the afternoon, Katie Strang tweeted that Canadian Tire Cooperation will be "immediately withdrawing its sponsorship support for the upcoming World Juniors and is re-evaluating its relationship with Hockey Canada."

This follows last weeks announcement that the Federal Government is also pausing funding stemming from a federal inquiry into an alleged sexual assault in June 2018. A woman has alleged that she was sexually assaulted by eight CHL players in a London Ontario hotel room. She has not named the players involved. Hockey Canada CEO Tom Renney said that the  $3.55 million settlement reached with the woman did not come from the $14 million in federal government funding in 2020 and 2021. According to CBC  News, the funding included $3.4 million in emergency COVID-19 funds.

In a statement written to Sportsnet,  St.Onge explained

"On Monday, Hockey Canada’s testimony did not provide us with sufficient information. We did not learn much, and what we did learn is deeply troubling.

"Hockey Canada said they would not share with the committee the advice they received from the independent firm (Henein & Hutchison), or how they plan to respond. We also heard that the independent investigation was not completed, nor were the 8 John Doe players identified. This is unacceptable.

"Hockey Canada’s testimony also revealed they had another case of alleged sexual misconduct by players within the last five to six years. I cannot accept this standard as business as usual in our national sport organizations, and Canadians should not either.

"Considering their testimony, and effective immediately, I am suspending any further federal funding to Hockey Canada until they meet two conditions:

"• They must disclose the recommendations of improvement provided by Henein and Hutchison and concrete details of their plan to implement change.

"• They must become signatories to the office of the sports integrity commissioner.

"What this means is that Hockey Canada will receive no more payments or new funding from Sport Canada until they comply with these conditions."

The committee will be continuing its inquiry on July 26 and 27. They have subpoenaed witnesses from Hockey Canada and the CHL. These include Heinen-Hutchinson LLP, which is Hockey Canada’s third-party investigator. Others are Hockey Canada VP of risk management Glen McCurdie, Nicole Mulligan of Sport Canada, Barry Lorenzetti president of Hockey Canada insurance company BFL Canada, and St.Onge

On Tuesday night, TELUS also reportedly mentioned that they would be pausing sponsorship of Hockey Canada for the World Juniors coming in August. Instead, the funds will be used to support organizations that work to support women who have been affected by sexual violence.

Also announcing the suspension of funds planned for the World Juniors is Tim Hortons. The company is taking it further and is reportedly re-evaluating its sponsorship of Hockey Canada: