The midterm evaluation: The Whitecaps at the halfway point of 2022 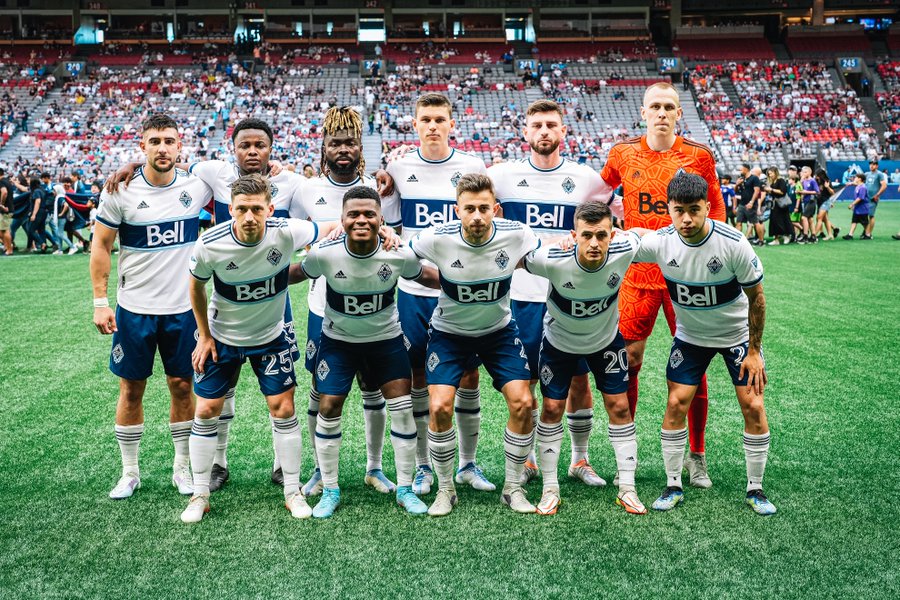 The Vancouver Whitecaps have always felt like a feast-or-famine kind of team. When they are winning, they can go on runs that last quite a while and move them up the table.

The match against the New England Revolution marked the halfway point in the 2022 MLS season for the ‘Caps. Let’s take a look at their season so far and compare it to the previous one.

At the halfway point of the 2021 season, the Whitecaps were facing a grim reality. In those first 17 matches, they had a 3W-7D-7L record, which translated into a paltry 0.94 points per game (PPG).

But remember, they had not played a true home match yet all season, as Canadian teams were still setting up shop at host stadiums in the United States. The ‘Caps were in Salt Lake City and were barely pulling in attendances in a city (and country) that were not their home.

Marc Dos Santos was in charge, and his love of 4-3-3 formations was pretty much carved in stone.

It was a difficult start to the season last year, under difficult circumstances. While the club was able to pull themselves up with a flurry of wins a couple of weeks after the halfway point, it was not enough to keep Dos Santos in his job.

This season has had its share of ups and downs as well. Hitting the bottom of the table in April, they have begun the slow climb out of the basement of MLS.

In comparison to last year, they have a 6W-3D-8L record, good enough for a 1.24 PPG. It is better overall than last year—their wins have doubled at this point—but it is troubling to see their losses have slightly increased as well.

In terms of expected to actual goals, Vancouver has slid backward. At the halfway point last season, they were fairly even with 19.1 xG and 19 goals.

In expected goals against, the story does not play out well either. Last year after 17 matches, the ‘Caps had a 26.4 xGA and 28 GA.

So, what story does this jumble of numbers tell? Well for one, they are scoring fewer goals than they are expected compared to last year. It’s only just under two goals, but add those in certain games and a loss becomes a draw or a draw becomes a win.

That’s the difference between being in the playoffs or not at this point.

For goals against, the story is even bleaker. The Whitecaps are conceding more goals than expected at a rate greater than last year.

It does not help that they have had a couple of four-goal losses already: the first match of the season to Columbus and away a few weeks ago to Seattle. Factor in those two games and the xGA falls under the goals against.

When the Whitecaps are bad, they’re bad. There are too many games with multiple goals against, creating significant goal differences in those matches. But it also means their goals against are somewhat concentrated to specific matches. They have also posted six clean sheets so far this season, which shows they can play defensively sound on the day.

What may be more concerning is their goal production. The Blue-and-White has only one game with three goals and only a handful with two. Of their wins, only the last one against FC Dallas was won by more than a one-goal margin.

Essentially, they’re getting the job done in those games, but not by much.

Vancouver has pulled themselves out of the basement of the Western Conference and now sits tied for 9th in the standings. They are only two points out of the final playoff spot, currently held by the Seattle Sounders.

But let’s look at the league as a whole. In the combined table for the Supporters Shield, they are in 19th.

So, how does this match up to what we looked at earlier?

In terms of goal production, it’s right on. The Whitecaps are tied for 19th in goals with D.C. United and Columbus.

But their goals against is another story. They are 25th in the league. Only Toronto FC, Sporting Kansas City and the San Jose Earthquakes have a worse GA.

We can split this season up so far based on goalkeepers. Thomas Hasal played the first round of matches until his injury in the Toronto FC match. Cody Cropper has taken over since then.

However, it the Seattle match is removed as an outlier (a 4–0 loss on June 14), Cropper’s goals against in 90 minutes drop to 0.97. Hasal had a 4–0 loss against Columbus, but it’s removal does not have the same effect because he had several other significant losses as well this season.

The Whitecaps are simply letting too many goals in.

Injuries have been a problem in defense. Tristan Blackmon, Jake Nerwinski, Cristián Gutiérrez and Érik Godoy have all missed games this season. In many instances, multiple centre-backs have been out, which has left barely enough players to fill out a back 3.

However, this has happened on the watches of both goalkeepers. The unfortunate reality is that Hasal has let in more goals in just under nine matches than many other MLS clubs have let in all season so far with double the matches. That’s a difficult number to reconcile.

Vanni Sartini has said that with Hasal returning soon from injury, he has two starting goalkeepers.

That would be a nice problem for any coach to have.

But the numbers do not seem to support that conclusion.