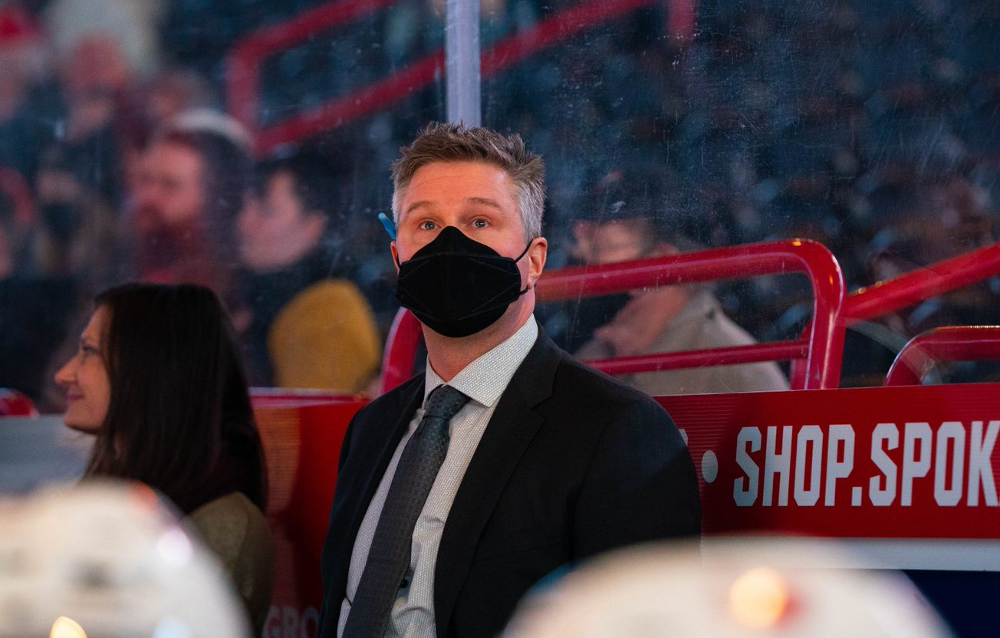 When Ryan Smith stepped into the head coach role with the Spokane Chiefs in February, the team was in last place in the Western Conference. On top of that, the team was coming off of a 9-0 loss to the Portland Winterhawks.

Fast forward to the end of the season and the Spokane Chiefs snuck their way into the WHL playoffs.

“We want to have fun but we want to be structured. We are going to play the right way,” said Smith at Monday afternoon’s press conference.

The upcoming season will mark Smith’s third with the Spokane Chiefs, but his first official head coaching gig in the WHL. Prior to coming to Spokane, Smith had spent five years split between the Medicine Hat Tigers and Swift Current Broncos coaching staffs.

Also announced on Monday was Dustin Donaghy sticking around in his full-time assistant coaching position.

Donaghy spent three seasons as a player in the WHL, with 123 of his 176 coming as a member of the Spokane Chiefs roster. During his time with the Chiefs as a player, Donaghy won a Memorial Cup in 2008. He joined Spokane’s coaching staff in 2019, and was made a full-time assistant coach to finish the season when Smith took over as head coach in February.

The Chiefs have a plethora of young talent both returning and joining the organization in the upcoming season and every opportunity to continue making the steady improvements the team saw in the final months of the WHL’s regular season.