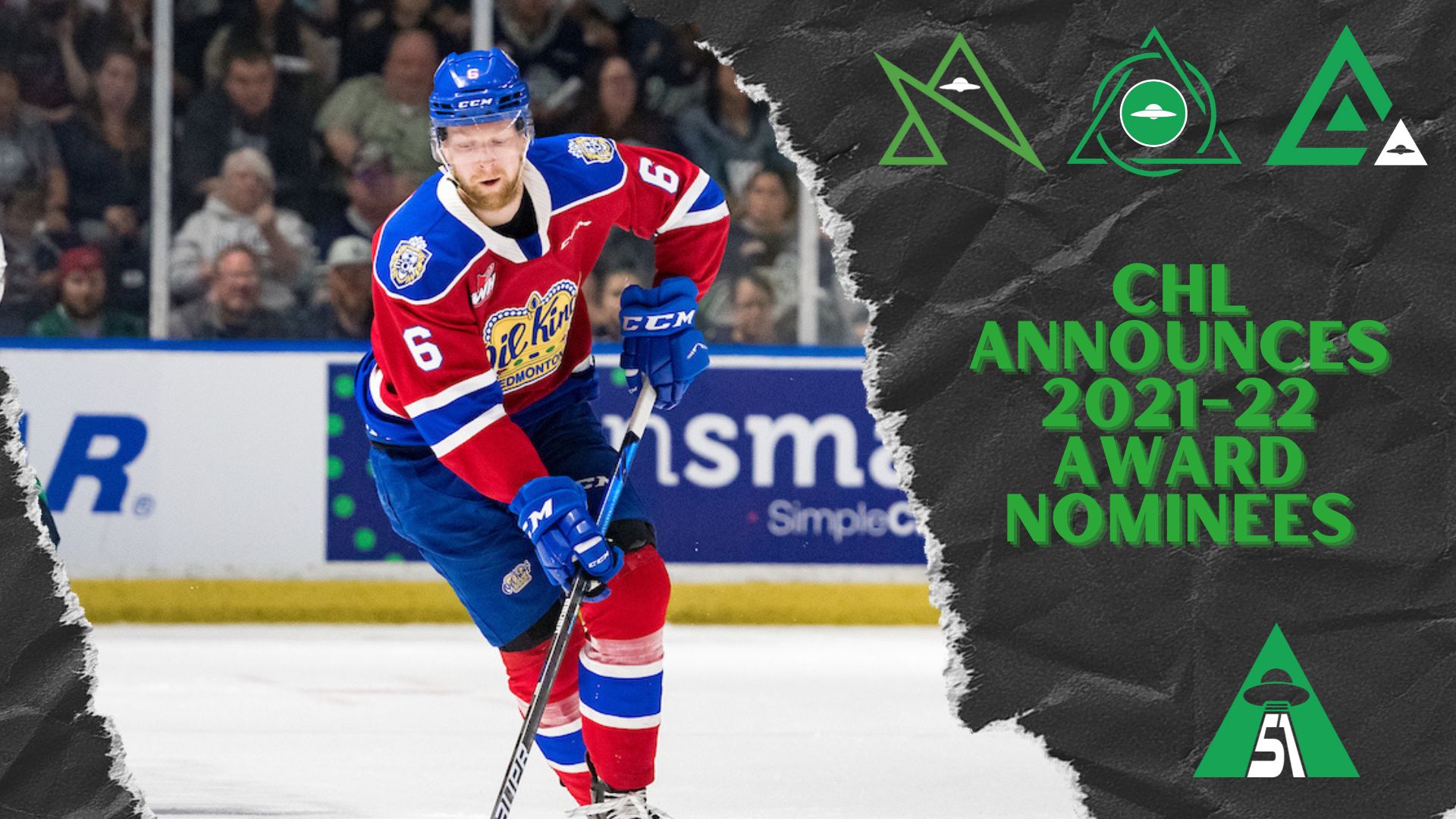 As the Memorial Cup enters the knockout round of the tournament, we begin to look back at the season that was for these young players. Many of which will graduate to the professional ranks in the coming season.

Presented annually, the CHL Awards gives fans a chance to reflect on the talent of these young players and the outstanding performance they have the privilege to witness each season. The finalists for each award are determined by each winner for the Western Hockey League, the Ontario Hockey League and the Quebec Major Junior Hockey League:

Logan Stankoven finished third in WHL scoring with 45 goals and 59 assists to top the century mark for the first time in his WHL career, but his competition is stiff. The OHL nominee, Wyatt Johnston, had an unprecedented season, leading the OHL leaderboard in points with 124 in his first post-draft season. William Dufour brought a different skillset to the table than his counterparts, where he led the way with his goal scoring ability, netting 56 goals to lead the way in the QMJHL goal scoring race.

Defenceman of the Year

Olen Zellweger tore up the WHL with the Everett Silvertips putting up 78 points, a franchise record setting season for the Anaheim Ducks second-round selection in the 2021 NHL Draft. The son of former NHL player Steve Staois, Nathan Staios has made a name for himself with the Hamilton Bulldogs, continuing his dominance with 66 points in 59 games this season. Meanwhile, Lukas Cormier won his second consecutive Emile-Bouchard Trophy with the Charlottetown Islanders, becoming the first player to capture the honour twice. The product of Sainte-Marie-De-Kent, New Brunswick totaled 81 points in 62 games for the QMJHL runners-up.

Goaltender of the Year presented by Real Canadian Superstore

Dylan Garand took home the WHL Goaltender of the Year award with a dazzling 2.16 GAA and a 0.925 save percentage and showed up in a respectable 45 games. Brett Brochu took the honour home with the London Knights, collecting 29 wins in just 43 games played. Samuel Richard of the Rouyn-Noranda Huskies posted a 0.918 save percentage and a 2.69 GAA and winning 24 games on a team who only won 28 on the season.

Rookie of the Year Award

The future is bright for each of these young CHL stars. Brayden Yager took the WHL by storm, putting up the record for the most goals by a 16-year-old Red Deer Rebel with 34, finishing second on his team in scoring. Cam Allen of the Guelph Storm of the OHL set strong benchmarks across the board for a rookie defenceman, with 13 goals and 37 points through 65 games. His 13 goals set a record for the most by a 16 or 17-year-old for the Storm and fired 175 shots on goal, good for second all-time for rookie blueliners in the OHL. Out east in the QMJH, Jacob Brabenec of the Charlottetown Islanders was a large part of their success, dazzling with 64 points in 59 games to help the Islanders appear in the President’s Cup Finals.

In his fifth season as head coach, James Patrick helped the Winnipeg ICE put together a historic season, leading them to a 53-10-3-2 record. James Richmond of the Steelheads took a young team forward with a respectable 37-23-2-6 record, good for fourth in the Eastern Conference. The Charlottetown Islanders put up a 48-13-7-0 record under Jim Hulton this season, putting them second overall in the QMJHL standings, while leading them to a President’s Cup Finals appearance in 2021-22.

Considered to be the consensus first overall selection in 2022 by NHL Central Scouting, Shane Wright leads the way for draft prospects in the CHL with 94 points in 63 games. Ranked just below Wright, Savoie was ranked fourth by Central Scouting among North American skaters, and showed his tremendous playmaking ability in 2021-22, putting up 90 points, 55 of which were assists. Nathan Gaucher, expected to be off the draft board by the middle of the first round, the young power forward is often noticed when he’s on the ice, but his physical ability puts him above the rest in the Q and vaulting him to the top of this year’s crop.

Scholastic Player of the Year presented by CIBC

This prize rewards dedication in the classroom and being able to maintain a high level of palay on the ice. Connor Levis registered a 95.6% academic average through his junior and senior years of high school while doing so independently because of the COVID-19 pandemic, all while registering 42 points and appearing in all 68 games played by the Blazers this season. Owen Beck’s schedule was filled with advanced and university-level courses to finish his high school tenure, while maintaining a 93% average throughout the year, all while putting up 51 points and having a perfect attendance record with the Steelheads. Charle Truchon received an average of 95% all while performing at a high level of defensive play for the Remparts.

Humanitarian of the Year Award

Nominees: Luke Prokop (Edmonton Oil Kings), Mark Woolley (Owen Sound Attack), Brett Budgell (Charlottetown Islanders)
Given to the players who are positive role models and make notable humanitarian contributions to the community, Luke Prokop was the winner of the WHL’s Doug Wickenheiser Memorial Trophy. Prokop came out as the first openly gay player signed to an NHL contract a year ago, inspiring the LGBTQ2S+ community, while being a strong advocate for inclusion in hockey. Mark Wooley has done extensive work for kids with diabetes with his “Woolley’s Warrior’s” program after being diagnosed with diabetes a few years back. Brett Budgell partnered with the Upper Room Hospitality Ministry, which helps people meet get the food they need, while encouraging fans to donate non-perishable food items at games this season.