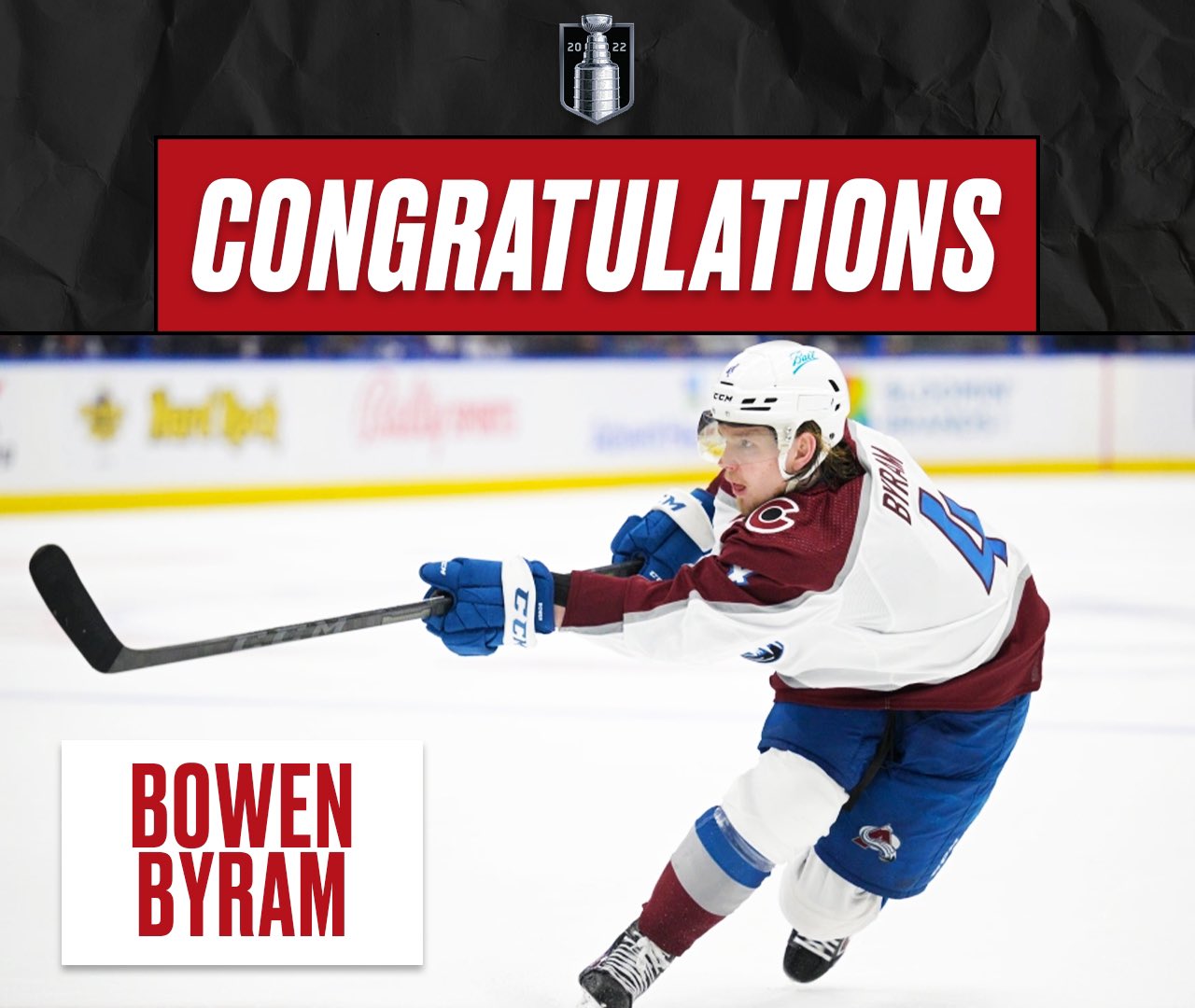 Congratulations to the 11 WHL alumni who are 2022 Stanley Cup Champions, after the Colorado Avalanche defeated the Tampa Bay Lightning in game six of the Stanley Cup Final!

Goaltender Darcy Kuemper, played for the Red Deer Rebels from 2008 to 2011, hoisted the Cup after winning nine out of fifteen playoff games, posting a .898 save percentage and 2.68 GAA.

Trent Miner, a Vancouver Giants alumnus who recorded an overall 2.49 GAA and .910 SV%, was also on the 36-player active roster for the Avalanche.

Two past WHL defensemen also had the honor to lift the cup. Bowen Byram, another Avalanche player to have played for the Vancouver Giants, had nine points and a 15 +/-  in 20 games played. Ryan Murray, who played for the Everett Silvertips, had one goal and two assists in the 2022 Stanley Cup run.

A number of WHL alumni are on the Colorado Avalanche staff as well. General Manager Joe Sakic was a center for the Swift Current Broncos.

Head Coach Jared Bednar was a defenseman who played for the Spokane Chiefs, Medicine Hat Tigers, and Prince Albert Raiders. Another defenseman was Assistant Coach Nolan Pratt, who played for the Portland Winter Hawks, now known as the Portland Winterhawks. Curtis Leschyshyn, pro scout for the Colorado Avalanche, also played defense in the WHL, posting prominent numbers for the Saskatoon Blades.

Three more WHL alumni played in the Stanley Cup Final. Forward Brandon Hagel, who had two goals in the NHL playoffs, used to play for the Red Deer Rebels. Brayden Point, Moose Jaw Warriors’ alumnus, had five points in his nine 2022 playoff appearances. And defenseman Cal Foote played for the Kelowna Rockets before his time with the Tampa Bay Lightning.

Huge congratulations are in order for all the WHL alumni who competed in the 2022 Stanley Cup Final, and even more so to those on the Colorado Avalanche!